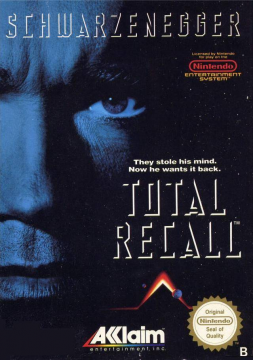 Total Recall is one of the most interesting films in Hollywood history. Directed by Paul Verhoeven of Robocop fame and starring the ever-bankable Arnold Schwarzenegger, it was a sci-fi action tour de force full of fantastic special effects and lots of violence. It was one of the most expensive films of its time and the money turned out to be well-spent with a high box-office return and favorable reviews. Based on Philip K. Dick’s short story “We Can Remember It for You Wholesale,” blue-collar worker Douglas Quaid unlocks apparent memories of being an agent from Mars, which has become an industrialized colony, and he embarks on a tumultuous journey to the red planet to find out what’s really up. It’s a surprisingly complex plot for an Ahnuld film and there’s something for everyone, though most people only seem to remember the triple-breasted mutant prostitute. That’s nothing to say of other great moments like the uncanny valley Johnnycab operator, Quaid struggling to yank a tracking bug out of his skull, and the appearance of the deformed resistance leader Kuato. Its resounding fame naturally led to the production of a video game by Ocean released for several computers of the time, and a completely different game by Interplay for the NES. Now while Ocean is not often known as a paragon of quality among gamers, this is unfortunately a rare case where they turn out to be the lesser of two screw-ups. 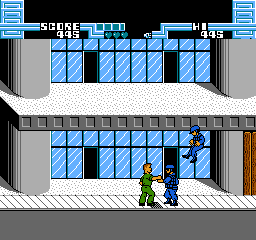 Interplay’s games were of greatly variable quality. For every Earthworm Jim and Fallout, there would be a Clayfighter and a mediocre Lord of the Rings adaptation. They didn’t dabble too much with NES development, but their original action-platformer, the Adventures of Rad Gravity, is either an innovative challenge or a frustrating mess depending on who you ask. Well, good news for fans of Rad Gravity: Detractors have much greater cause to be annoyed at Total Recall! The only thing to give the game credit for is the accurate portrait of Ahnuld on the title screen, but it goes downhill the instant you press start. Quaid is outfitted with a green jumpsuit and has a rather stiff running animation, and his punches look less like attacks and more like he’s handing out invisible money. The game does attempt to follow the plot of the film as closely as possible, starting on an Earthen city before getting your ass to Mars, but any attempts at accuracy are overridden by how insanely frustrating it is to survive. 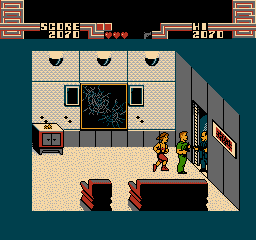 The first thing you’re likely to face after stepping just a few paces to the right is a bearded man half your size, who drags you into an alleyway and assaults you with jumping karate kicks. He’s not hard to beat, but this will happen several times unless you remember to jump over the alley gaps in the background. Then you’re fighting cops while avoiding thugs who try to punch you through holes in a wooden fence… which has a terribly dubious appearance if you look too much into it. You then attempt to subdue your fake wife Lori before the evil Richter comes in to kill you, and it’s really hard to KO her before he arrives. You take her gun after a few hits but it’s barely much of an advantage, so the best thing to hope for once Michael Ironside shows up to kill you with any one bullet from an infinite-ammo machine gun is to crouch down under his bullets and, after shooting Sharon Stone enough times, make a lucky jump THROUGH the doorway where he’s standing while shooting. Yeesh. Subsequent levels have you taking out soldiers at the giant x-ray with obnoxious floating gun probes, punching out heavy guards while dogs cling onto your heels, and kill bums in shady concrete ruins while dodging spiked balls. 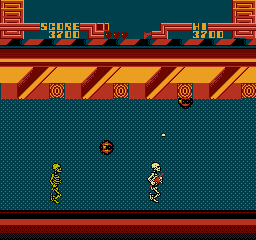 If you can make it far enough, the worst segment involves driving through the streets of Mars through terrible tight corridors where your life is jeopardized by other cars, mines, and gunmen that often appear right behind you without warning. Good luck even getting this far, as you start with three lives and only get so few extras. It’s really difficult to dodge enemies and their incredibly fast projectiles, and despite the cola cans (or batteries, can’t tell which) you get to restore life, some hits just deal too much damage. To show how little the designers cared, losing has Ahnuld appear and saying “I’ll be back.” 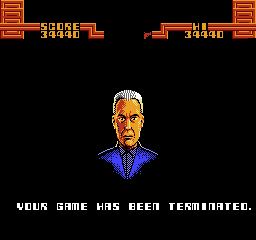 Furthermore, losing all lives has big bad Vilos Cohaagen tell you that “Your game has been terminated.” Thank you, Ronny Cox, for throwing out a phrase from the wrong freaking movie. Everything about Total Recall feels sloppy, from the cheap hits to how the same musical tune repeats in almost every area until you get to Mars. You get absolutely no continues and passwords, but do you really want to play this game to the end anyway? If you ever have played it, consider heading down to your nearest Rekall clinic and taking a mental vacation from your memories of ever having played it. 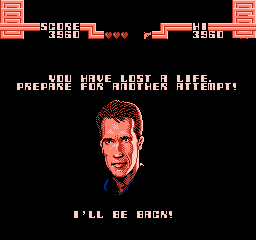 Not only is the game itself horrible, but there’s an extra layer of infamy plopped on top of it thanks to Nintendo Power. The iconic Nintendo-centric publication held lots of contests where lucky winners would get games, money, trips to various locations, and other items. Some of the contests seemed inappropriate considering the magazine was primarily aimed towards a younger audience, so whoever won the trip to the set of Robocop 2 may have been traumatized. 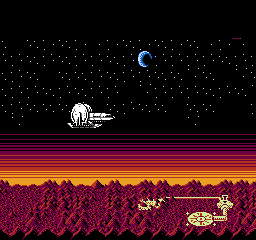 This is also the case for the Total Recall contest, where the grand prize advertised a copy of the game, a Martian police uniform, and a visit to the film set and a meet-and-greet with Ahnuld himself. Unfortunately for the “lucky” winner, the actual trip was delayed several months long after the release of the film, and Ahnuld was so busy that he only stuck around long enough for a handshake and nothing more. Considering his next two films were Kindergarten Cop and freaking Terminator 2, it’s hard to fault Ahnuld for being severely booked, but one can only hope the poor sap who won the contest at least got decent money selling off that police uniform. As for that free game copy? With any luck, target practice. 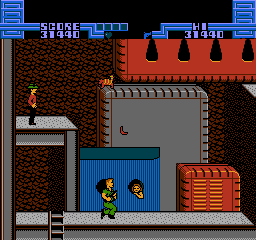