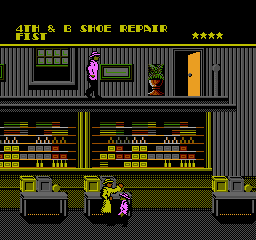 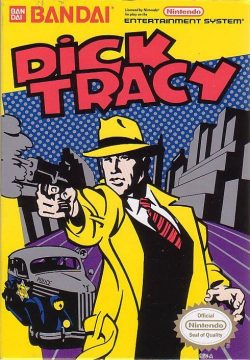 Dick Tracy has been an American icon since Chester Gould created the comic strip in the 1930s. With his yellow coat, two-way wristwatch, many weapons and gadgets, and sheer grit, Tracy was all about busting incredibly ugly criminals by forensic analysis and an implacable devotion to catching the perps. While some elements would change to suit the times (like when Tracy went into space and later gained a hippie sidekick), the main focus of apprehending mobsters through surprisingly harsh violence remained constant. Tracy still exists to this very day even more than eighty years later, and the character’s high popularity would generate a few live-action adaptations, including a 15-part serial and a film in 1945. It somehow received another film in 1990, which starred Warren Beatty as the detective and Al Pacino as his rival, Big Boy Caprice. It’s a bit of a polarizing film but a substantial hit in the box office, and what do high-grossing films usually generate whether they want to or not? That’s right, licensed video games of varying (usually crappy) quality. So the film received an NES game loosely based on its basic premise of Tracy working to foil Big Boy’s plans by arresting his key lieutenants. Said premise is horribly marred by one of the most frustrating collectives of circuit boards and microchips to ever be considered a video game.

There are five cases, but good luck beating even the first. You start out with a notepad with a clue written on it and a gallery of six mugshots relevant to the case, and by taking names from your notes, you find out that the first place to go is Steve the Tramp’s flophouse. This brings you to the overworld map, which is basically a prototypical Grand Theft Auto setup as you drive around in your police car, though the controls here are kind of stiff as you’re forced to stay on the proper sides of the road at all times. The map setup is admittedly impressive for its time, but the fact that incredibly fast snipers are constantly gunning for you tends to blow the fun out of travel. You have to manually get out of the car to fire back at these guys, which is always a pain and never a guarantee that you won’t get hit. You really need to make your actions count and get hit as few times as possible, taking up to nine hits by default. This is because you have absolutely no continues and each case can take a gruelingly long time to actually finish. Passwords can serve as continues for further levels, but it would really be nice to have some sort of mid-level checkpoints.

The snipers may be the worst thing about driving, but almost is bad is a lack of indication as to your intended destinations. You’re supposed to find vital clues and interrogate suspects to learn where buildings are, but being told a valuable location is at “2&C” when you don’t easily know where 2&C is at first. You’re given no waypoints for guidance and hints you’re given by suspects aren’t written down in your notes, so it could take lots of aimless driving to get where you need to go, if your car hasn’t been shot full of speed holes yet. You’ll probably have to drive around the map several times and make mental notes of enterable buildings, which seems like more work than it’s worth to win.

The sidescrolling action scenes are only slightly less sloppy than driving around on the map. When you enter an inhabited area, mobsters assault you either with guns or without. The unarmed baddies must only be punched, as shooting them takes away two hit points. The gunmen don’t ever walk, just adjust their aim to your position. As these are the only enemies you ever face in these parts, dealing with them gets boring midway into the first case. Everyone even looks the same aside from different color palettes, with Tracy only looking slightly different with a longer coat. You’ll either find a clue necessary to beat the case or one of the suspects from the mugshots to either interrogate or arrest, and each suspect looks exactly like the normal enemies until you get close to them. The painfully lazy sprites are “complimented” by the unmemorable backgrounds, even if these bad graphics are not quite as detrimental as the haphazard overworld map. Action stages get more gunmen in later level who are placed just right to hit you before you can hit them, and woe be unto you when you have to play a stage with pitfalls (usually found down at the pier), where you need to be precise with your sluggish jumping physics or fall into a gap. It doesn’t instantly kill you, but losing a hit point and having to start the entire level over again is painful enough.

Everything in Dick Tracy seems deliberately crafted to be as agonizing and unfun as possible. If you can navigate the peril-filled city long enough to even collect two clues, you should consider yourself skilled and/or lucky. You can’t cut corners either; even if you find the suspect you need to arrest (it’s Numbers in the first case), you need to have all five clues gathered up or the police captain chews you out for not having enough evidence. You might take about fifteen whole minutes to gather up all the clues and be on your way to bust Numbers, only for a rooftop gunman to off that last hit point and blow all your progress in a blink. You can get heart power-ups that you activate at your leisure (by holding select and pressing B, make sure you read the manual), but those might not be enough to mollify the nigh-unfair difficulty. The effort might not even be worth it considering the unsatisfying monotony of the game’s formulaic action. The only redeeming parts about this game is the music, which is well-done despite the amount of tracks being painfully limited, the mugshots which accurately capture Tracy’s grotesque stable of rogues, and the safe in the password screen exploding if you input an incorrect code. Realtime Associates even managed to redeem themselves with another Dick Tracy game for the Game Boy, which is considerably less awful even if not remarkable. However, the NES game is best fitted with concrete galoshes and sunk to the bottom of the lake nearest to you.

Adventures of Gilligan’s Island, The