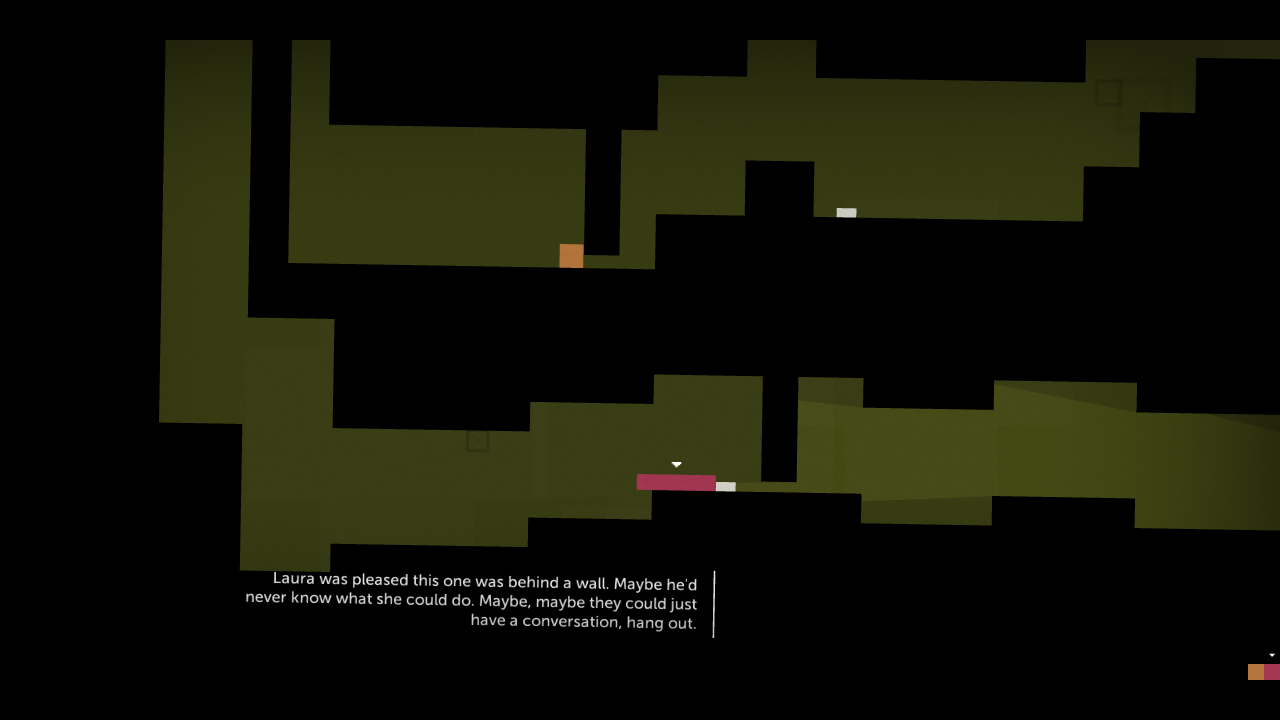 In 2012, Mike Bithell released Thomas Was Alone, an unexpected indie hit that has gone on to sell over one million copies by 2014. It’s a pretty big deal, yet it seems to not be a particularly meaty talking point anymore. Bithell himself is more talked about for his various industry musings on Twitter more than the actual games he’s made, as his second title Volume has mostly been ignored by the public at large. So how does such a major indie success somehow get so much praise and then disappear from the public consciousness so fast?

It’s certainly not because the game itself is bad. Thomas Was Alone is a minimalist platforming puzzle game that takes place inside a computer and follows the adventures and travels of a group of AI rendered as simple rectangles and given personality through the narration from Danny Wallace. You go through ten sets of ten levels and have to use the different properties and abilities of the AI to progress, switching from one to the other with the press of a button. Thomas alone has no special abilities, but he soon meets others who do. John is tall and jumps very high and far, Claire can float in the “water” found in levels, and so forth. There’s also the presence of Chris, who is the load of the cast, with a pitiful jump and no extra abilities besides his small size. Every level is designed around using a particular set of AI, with checkpoints properly spaced out and paths easy to follow. The trick is figuring out how to move past obstacles, which is easy enough guess the basic solution, just not the steps involved. It’s not too difficult or too easy.

As you play, a narrator reads a third person script describing how the various characters are feeling or what they’re thinking, and this aspect of the game is what gives it a heart and soul it otherwise lacks. Danny Wallace earned a BAFTA for his performance here, and he absolutely deserved it. He fills every single line with charm and personality, giving each and every single character their own voice and thought process. The script is good, but it’s Wallace that makes it spark. Every single AI, exception to the couple late in the game, is very memorable, especially the self-loathing Chris, superhero wannabe Claire, and the theatrical Sarah. There are also text quotes from various computer expects before each set that gives a bit more context for what’s happening in the story and what these AI are eventually going to accomplish, but it’s ultimately unnecessary. Just following these very human characters (who aren’t actually human) on their journey and helping them overcome obstacles is enough to carry the title. 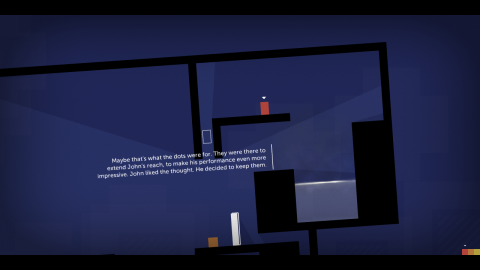 It’s a short game, but it has a lot of heart and well structured level design. The minimalist style, unorthodox narrative, and brilliant characters should have been enough to keep the game around as a little mini-classic, but that didn’t happen. This is probably because game switches to a new series of AI a bit after the halfway point, and they’re just not as interesting as Thomas and the gang. The larger plot is also really generic sci-fi and the game would probably be better without it, as it doesn’t really fit the mood of the game itself. Maybe weaving in little segments from the point of view of technicians or engineers would have contextualized everything a bit better, spit balling there. The game also ends with a whimper, as it stops with a dull cliffhanger and doesn’t really feel like it gives any closure to the new AIs. It’s not that the game is unfinished, it’s just not fleshed out enough to really leave a lasting impression. It doesn’t do anything too different from the norm or subvert player expectations, it plays things very straight and fails to tell a complete story. The journey is great, but it starts to look empty in hindsight.

It’s a shame. It’s an enjoyable game, but it could have been so much more. It feels like this was just one of the fluke indie titles to end up on the radar of the gaming press and get all the accolades, without really having the ability to stand the test of time or impact the culture significantly. It’s a tad too safe, too conventional, but that’s perfectly fine. Thomas Was Alone is a solid game and meets its modest ambitions quite well, and it’s certainly polished mechanically. It’s an interesting little title that deserves some fans, if only for the fantastic narration work.