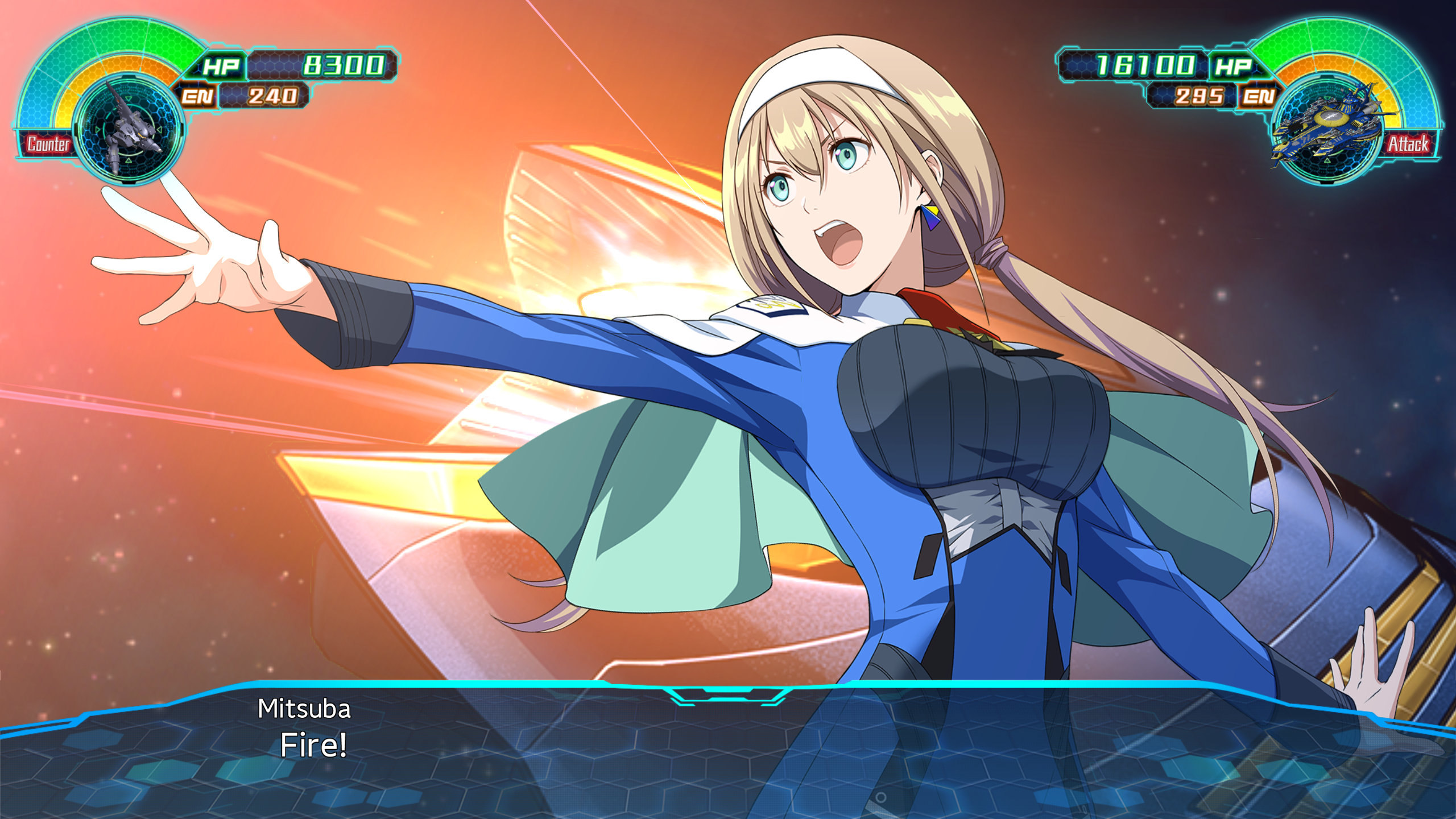 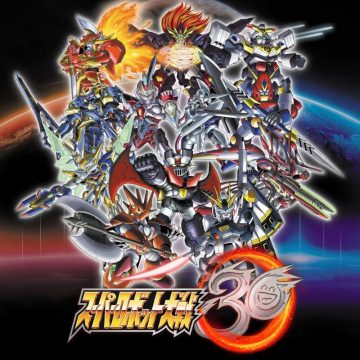 If you’ve been reading HG101 for awhile, you may be wondering what happened to that Super Robot Wars series. Long story short: There are over 90 (!!!) official releases in the series and almost all of them are Japanese only outside some older Original Generation titles, some English translations done for Asian release, and region locked Steam ports. Until now. Super Robot Wars 30 was not only released on Steam in English internationally (unlike the VXT trilogy), it was translated in part by the team who translated Recettear. It’s also great timing because this release marks the game’s 30th anniversary celebration, a combination of everything the series has tried with one of the most bonkers series lists. 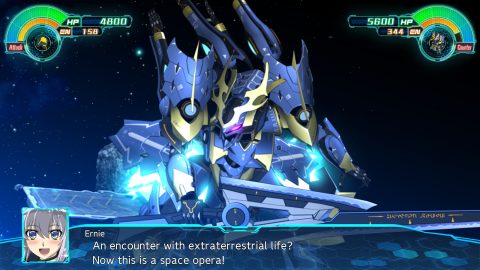 The set up for this continuity is a lot of the usual, with Amuro Ray (from Mobile Suit Gundam) teaming up with Koji Kabuto (from Mazinger Z) and the Getter team during the One Year War, with a period of ten years going over the events of Code Geass, original Gundam timeline stuff up to Char’s Counterattack (with ZZ not mentioned), Mazinger Z and Great Mazinger, the first three episodes of Getter Robo Armageddon (but with the evil plan failing and Earth avoiding Invader infestation), Combattler V, GaoGaiGar, and Betterman. This has left the world a mess of non stop conflicts, even a year of peace after the events of Code Geass R2 being undone by the Laplace Box incident from Gundam Unicorn. 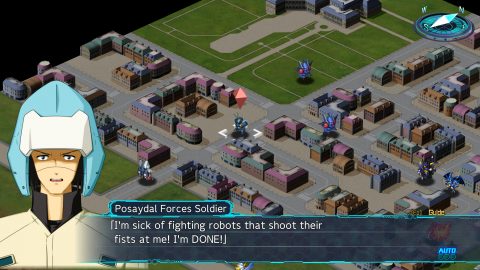 To deal with the threats and save mankind, the federation has created the “Dreikreuz,” an autonomous corps that can recruit whoever the squad captain wishes to build the most elite team in the federation’s military. Captain Mitsuba Greyvalley, fresh out of the academy with an equally green crew, has to tackle each threat while gathering a wide selection of super robot heroes, helped out by your player character, a choice between Az or Edge Sainklaus. The duo are mysterious drifters and ace mech pilots, not ready to reveal who they are, but will help Mitsuba in her mission at any cost. That mission only gets more complicated with the appearance of strange, AI piloted mechs appearing to test them, along with a mess of other mysteries and surprises.

Along with what has been listed so far, the DLC also adds in other dimension visitors, including some franchise original characters, Super Electromagnetic Machine Volts V, Sakura Wars 1, 3, and 5, Mobile Suit Gundam: Iron-Blooded Orphans, and the recent ULTRAMAN anime based on the manga from the Linebarrels of Iron creator. The expansion also adds in units from Armored Trooper VOTOMS, Dancouga, the Shinkansen Henkei Robo Shinkalion movie, and the Getter Robo Devolution manga, not to mention the Majestic Prince sequel film. The first two of the expansion bunch even get new original units. 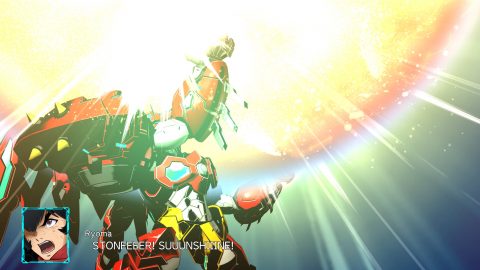 Enough good things can’t be said about the writing in this entry. Not only does it make something sensible out of the mess of contradicting continuities to allow for a lived in sense of the setting and chemistry between characters, it nails the characterization. Every character feels like they react as they would in their home franchises, which is difficult to pull off with the mess of tones at work here.

Code Geass and GUN X SWORD are joined at the hip here somehow, but the former’s overly dark melodrama and latter’s goofy super robot melodrama mesh together by highlighting how different they are. GaoGaiGar also fits well with the other old guard by being a positive counterbalance to Gundam angst or Mazinger Z: Infinity‘s character drama. 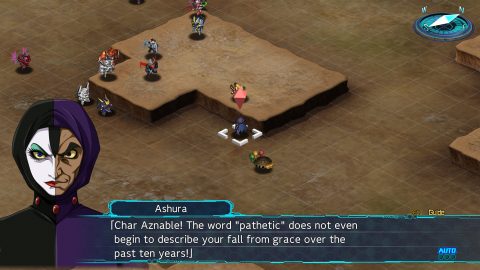 There’s just a lot of smart choices in how characters interact, like Lelouch and Char sharing thoughts on rebellion with Daba or McGillis, or the more grounded Gridman cast giving life lessons to the super AI robots of J-Decker. This extends to the world building, from small details like who canonically beat the Dinosaur Empire from the first Getter Robo arc, to how a major twist in Majestic Prince ties into the existence of humanoid aliens in the setting.

Even the DLC characters get some fun extra dialog, like the Iron-Blooded Orphans cast trying to get used to a less harsh universe, and the Sakura Wars cast picking up on stuff from certain characters nobody else does. The original cast are also quite likable, with satisfying reveals and payoffs to both Mitsuba’s story and the stories of the player characters. 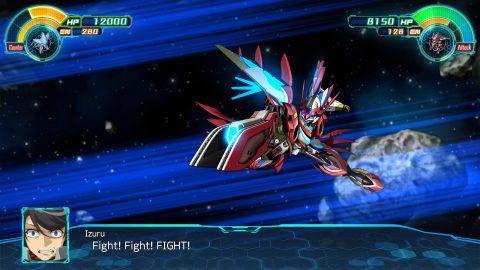 This is all very important because there is a lot of story and it has to carry the very long game. This entry changes up the structure of the series, trading out the straight line or branching point structure of the previous mainline games by borrowing the mission choice structure of the Compact releases. The game is divided into chunks of missions, and the missions that will be available change on what order you tackle said missions.

This further varies units you get and in what order, plus changes up a few missions in terms of both the scenario and a unique gameplay element. For example, getting the Victory cast after Jona and the Narrative leads to a unique situation where Jona helps them struggle against bad odds while the rest of the team arrives. This also lets the game have side activities, like missions to earn rare parts, money, and other goodies. This means the main campaign can easily last over 100 hours, depending on how often you watch the battle animations. 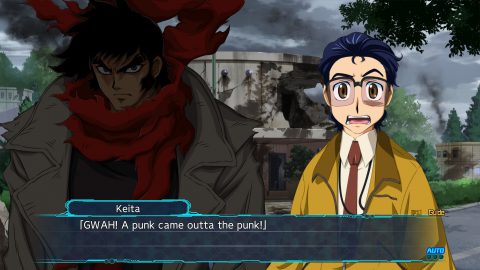 The actual foundation of the game is about the same as it has been. You move units around on a map, take turns, made decisions on attacks and other actions, and can upgrade your squad. They also all gain experience from combat, growing in level and effectiveness. One appreciated change up is the before fight forecast now gives you info on chance for critical hits, and also inform you if a support attack will cause a shoot down if hits.

Combination attacks can be used without all units on the field, though with a damage penalty if the other units in the combo aren’t there. There’s also an easy way to restart on all versions of the game if you’re having trouble with harder missions and want to try them later. Even the dialog scenes include the ability to check names and highlighted terms if you want some background info (though you may risk spoilers if you’re not familiar with a given series being checked). 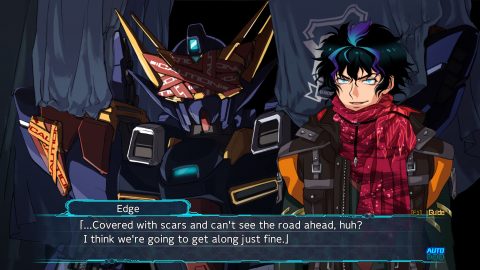 All this said, if this is your first time wading into Super Robot Wars, you should be aware that you may want to go to higher difficulties if you want a strategic challenge. The game’s difficulty is easily bypassed once you start getting your units tough enough, especially with the spirit system. The series long standing “magic” system, spirit commands are actions units can use to do things like gain a perfect dodge or 100% accuracy for one round of combat. Said spirit skills can be used in both your turn or before you trade bows with the enemy in both player and enemy phases.

Once you start making upgrades to the ship that give passive buffs to your team, especially any that recover spirit points faster, things get ridiculously easy. It’s not uncommon to have entire battles go by without getting hit once, and once you can start abusing the zeal spirit to gain extra actions in a player phase, that’s it, challenge over. It actually sort of breaks the dramatic pacing of some mission scenario story segments, amusingly enough. Harder difficulties also have the added issue of insanely high boss health in the final stretch, which just draws out major battles unnecessarily. 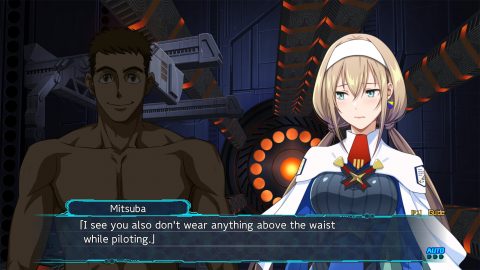 All of this isn’t a bad thing, necessarily. The breezy nature of the normal difficulty makes the game a great time sink sort of game, something with enough going on to keep you busy while offering a lot of substance in the many dialog scenes. Alongside the usual battles, there are on-board events in a second tab that offer unique dialog scenes between characters, alongside milestone reward dialogs and special training missions to unlock new moves. They’re a fun reward that offer the fanservice the series is built on in great detail, getting creative with even the most minor characters getting fun moments.

You can also unlock special character focused missions, which you can check the requirements for via a prerequisites tab. Some of these are story important, like an early one unlocking Mazinger Z, while others offer useful upgrades or new units. This means the game isn’t just about making numbers go up, but unlocking new options to experiment with and make your major units more diverse in what they can do. 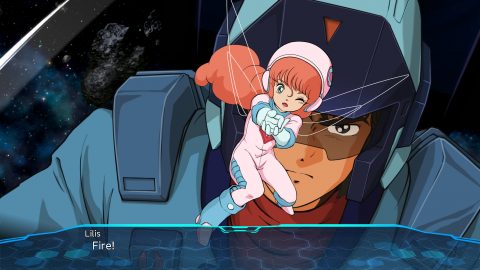 If there’s a major flaw in the game, it’s born from a select few series picked for the game due to the baffling decisions to include certain story elements from those series. All of the Gundam Narrative stuff here feels very stretched out, the game struggling to have anything for Jona to do with the cast actually from his show, Zoltan too distracted by other Gundam legends for most of his appearances. They’re great characters here, but they don’t have many moments to shine. Heavy Metal L-Gaim also has some rough Tomino old man sexism in there, what with the weird obsession with every female character’s motivation being directly linked to loving a man who doesn’t return that love.

Of course, if you want the full, unfiltered Tomino chaos, you go to Victory Gundam, a baffling show that feels like a long string of excuses for Tomino to have the literal child Uso get sexually harassed by older women. While the game thankfully never shows anything, they do keep two horrific story beats from the original series, the first revolving around a forced bath, and the second revolving around mind controlled murder of girls wearing skimpy bikinis (spared the worst of it by a Gundam Narrative character interrupting). That’s not even getting into the confusing and weirdly horny gender politics of the show itself that seep into every Victory Gundam scene. 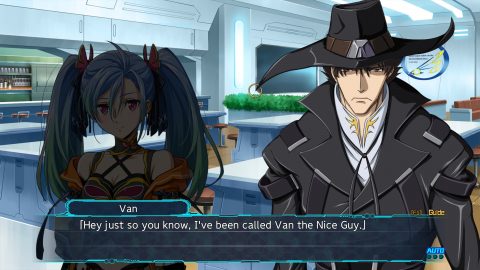 Every other series with major story play fairs much better, thankfully. The use of original Gundam and Zeta Gundam characters is especially impressive, the writers using this game to expand upon them with new scenarios. GaoGaiGar vs. Betterman is also interesting as it acts as a bit of closure for both franchises, the two getting a solid amount of play here while mixing in well with the larger cast. Even the inclusion of the Rayearth, Knight’s & Magic, and Majestic Prince work out, the wildly different tones of each series complimenting the main story and cast. 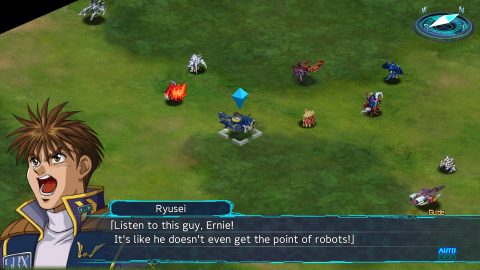 It’s hard to say if 30 is properly representative of the whole franchise due to the messy level scaling system, but it’s a great starting point if you’re new to strategy games or to the series. There’s tones of charm and attention to detail, lots of memorable dialog complimenting the core gameplay and the loose structure. It’s a timesink, but an extremely enjoyable one, and hopefully its success means we may see more releases like this in the series released in western territories.