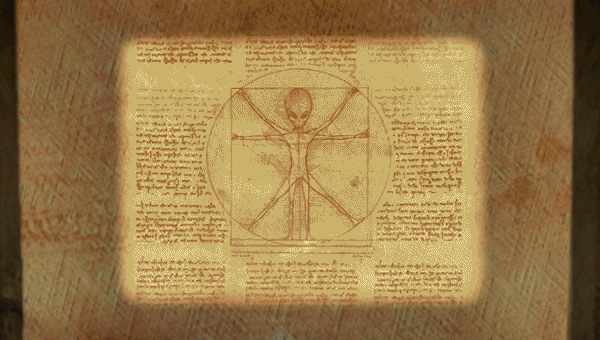 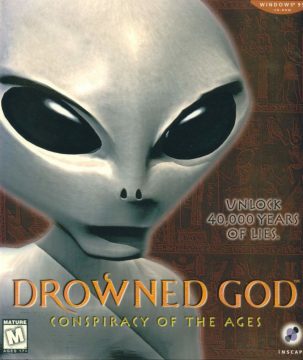 Strap in, everyone. We have a really weird one for you today. Drowned God: Conspiracy of the Ages is an obscure adventure game from the mid-90s that has slowly gained new interest in the modern age as people have rediscovered it (such as YouTubers Nexpo and ARealHuman), made easy by a very useful custom launcher made by the abandonware community. The game has also had a boost due to history of its very bizarre creator, making it a morbid curiosity for many a game historian and creepy themed Reddit browser. 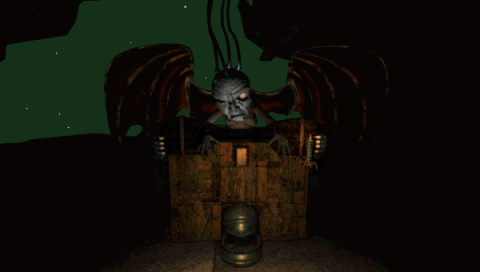 Said creator was one Richard Horne, a political cartoonist and writer that often went by the name Harry Horse. He died in 2007, though it’s not entirely clear if he was murdered or died by his own hands. His home was found with himself, his wife, and their pets all murdered, and I won’t share the gruesome details here. There have been multiple theories about what happened, ranging from Horne being the perpetrator due to a depression and drug fueled breakdown to a possible home invader, but no decisive judgment has been made to this day. What is clear is that this very strange death has given Horne’s work a very grim mystique, particularly Drowned God due to its subject matter.

What you need to understand that by all accounts and an included making of feature with the game, Richard Horne was a conspiracy theorist. He also accidentally created a conspiracy theory by making a fake manuscript dated to the 1800s under his name, which he didn’t realize at the time was also the name of a famous poet, that was passed around as legitimate. It was made more believable due to both men having similar interests in the legends of gods. 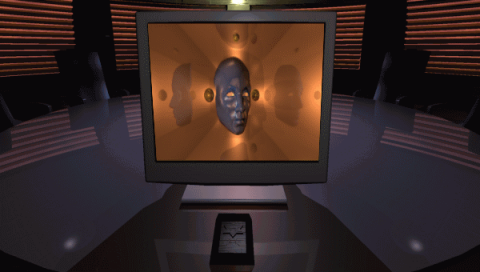 This is all if you believe him, of course, Horne being the supposed main source. This game is based on that manuscript, supposedly, which as a selling point for the game, selling it as an uncovering of an ancient truth. Horne may have genuinely believed a lot of the absolute wild stuff in here as well, though how much is up for debate.

The manual goes into detail on your character having inherited a mysterious room known as the Bequest Globe, a room that is central to recovering four historical artifacts that will lead to the truth of humanity. You use a cryptowheel in room center to travel to various “worlds” (think if you combined a mind world with time travel and also you’re in a dream maybe???) and find the artifact there. 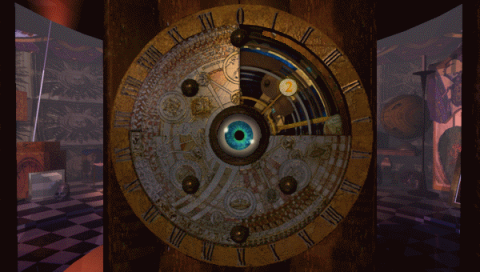 Guiding you are Kether and Malchut, people who speak to you over secret communications and shown via hologram masks. They each represent a different group (one of them possibly the Illuminati), and they both have an interest in the artifacts for seemingly opposing but vague goals. That’s not even getting into the long list of revelations, including the truth of Atlantis, the Egyptian gods, modern conspiracy groups, and Alastair Crowley is in one world as a demon balloon and insults you in rhyme. Wickedest man in the world indeed.

It is a truly, truly baffling story, both in the actual stuff in it, and just how thoroughly every base and idea was followed through on. You can tell Horne knew what he was doing, building up various concepts through repetition that slowly revealed more details as you went along. Arc phrases end up becoming far more important then you would first expect. Characters have different perspectives of events, obfuscating fact and fiction. 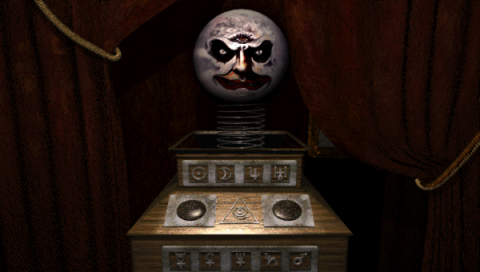 This is further pushed by the abstract nature of the “worlds” you visit and explore, dreamscapes made of bits and pieces of the familiar. Every new detail and revelation becomes an exciting thing to find, though there does seem to be some weirdness that’s more difficult to parse, like a man destroyed by his doppelganger. Said man is mentioned before, but only in the manual. It is a writer’s game, down to the title being a reference to the myth of Osiris (an important part of this game). There’s meaning in most every moment, no matter how strange.

There are a lot of playful touches, too. You get a unique cosmic sign when starting the game both identifying your character and their past lives, and it acts as a key for puzzles at set points. Progress is shown by collecting tarot cards, which you need to make necessary events occur to continue on, cutting down on blind exploration. Puzzles are also surprisingly logical, challenging brain teasers that don’t trick you or require a heavy use of item management. They’re straight up fun to solve, an absolute rarity for the era of adventure games. It is an engrossing experience, especially played in the dark, with a wonderful moody and varied score and mesmerizing low-fi graphics. That doesn’t mean it’s flawless, though. 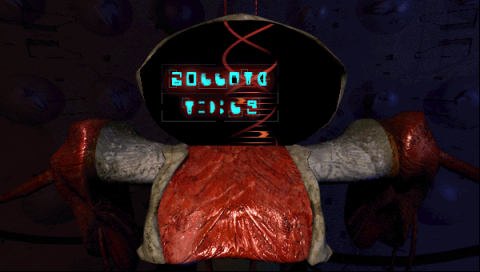 This was the mid-90s. A lot of adventure game norms that were player hostile were mellowed out, but the influence of Myst had resulted in vagueness being a design feature, and that’s difficult to balance out. You go too far, and the experience starts to become obnoxious, which is the case with third world Din. This is partly due to its size and necessary backtracking, partly because there are parts where you have to take slow trains to get around.

This adds up and breaks the game’s spell for some time, which is a shame because Din has some of the most memorable moments of the whole game. It has a cool steampunk focus, a significant change from barren old England and ancient Aztec stuff from before. Also worth noting the audio editing is some of the worst of the era, some important dialog extremely difficult to make out over the music at points. Without subtitles, that makes listening closely a necessity to understand anything. You may have to do some reading elsewhere after to fill in any gaps. 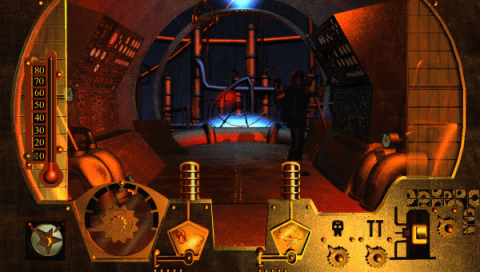 Still, it’s a fascinating game worth visiting or revisiting. The majority of it holds up, the sheer level of artistry and thought put into it on display in nearly every screen. It’s a shame we never got the sequel Horne had planned to wrap up all the dangling story, and how his and his wife’s story ended is beyond tragic. The man was a fascinating, strange, and arguably brilliant artist, a legacy drenched in obfuscated and troubling details. Fitting the game he made would be just has strange as him, and arguably just as troubling from a modern perspective.

You know how Deus Ex used real world conspiracy theories in its world building? Drowned God makes that look like child’s play, and even throws in some bonkers ideas of its own that the creator may have genuinely believed. It taps into not just the origins of humanity, but also various historical conspiracies (including the man in the iron mask), the AIDS crisis, various military conspiracies, and even the Philadelphia Experiment. It gets pretty deep into the weeds, all the more surprising due to conspiracy theories being so niche a thing in the 90s. Horne was deep in the scene in a time the internet was still getting its legs and spread of these theories was limited. 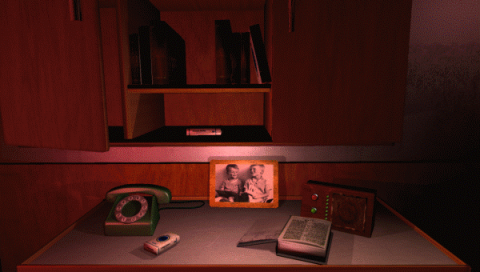 With the rise of conspiracy theories negatively driving national thought into dangerous places, going back a few decades and seeing how those seeds of thought started make Drowned God all the more interesting. It’s well made work of fiction and adventure gaming goodness, and an example of the sort of mind that creates these world views. Playing it might make you feel like one of these people, putting together puzzle pieces where pieces may have never existed. There genuinely is nothing else like it.