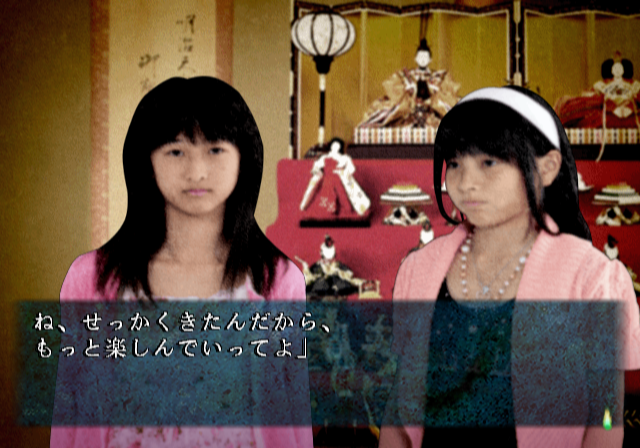 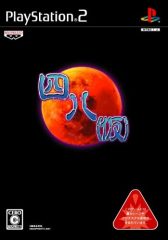 Shijuu Hachi (Kakkokari) is nothing if not ambitious. The title translations to “48 (Temporary Title)”, and the game purports to tell a spooky story based on an urban legend from each of the 47 prefectures of Japan (plus one extra one). You learn about the Tomb of Christ in Aomori, investigate human fish in Yamagata, and ponder a series of tunnels in Osaka. The meta concept is that the player has won a contest and received a prerelease disc for a new video game filled with scary stories…but once you start playing, strange things start happening in real life. 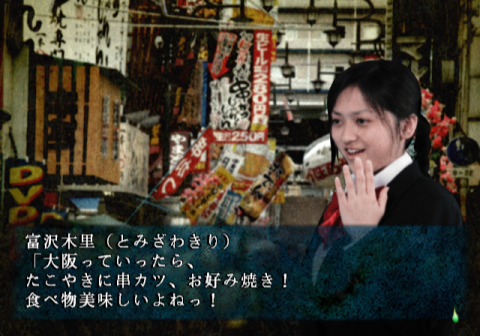 The game was designed by Takiya Iijima, and is basically the follow-up to his Super Famicom hit Gakkou de atta Kowai Hanashi (“Scary Stories at School”), in that it’s a horror visual novel using digitized actors. It classifies itself as a “47 Prefectures Mystery” rather than a visual novel, since it also has minigames with some puzzle and RPG elements. It also has several famous guest writers, the most well known being Junji Ito (a manga author known for Uzumaki, Gyo, and Tomie).

Unfortunately, it was much too ambitious for its own good. For starters, it’s a buggy, barely functional piece of trash. It’s prone to crashes, corrupting save data, and most infamously, creating white rectangles on the screen that are impossible to remove. Some scenarios have random plot branches, which is interesting in principle but frustrating in practice. There’s no way to read previously displayed text, which is a standard function in nearly every game of this type. The game lets you pick from one of five “observers” to guide you through the stories, but they’re all very strange and their role is limited. One of these is a girl in an animal suit named Yuu-chan, who talks in an overwhelmingly cutesy manner, but her actress just looks miserable. 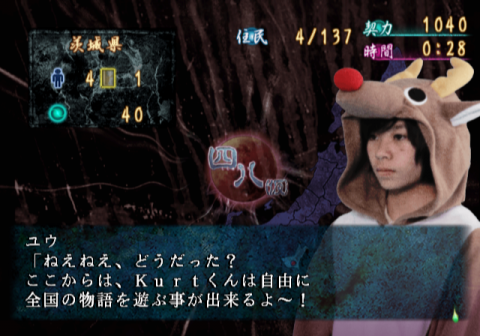 Beyond that, the individual stories have issues. They vary greatly in length and quality – the ones by the guest writers are regarded as pretty decent, but some are no more than a few minutes in long. In many cases, they aren’t even really horror stories so much as tourist guides for local oddities. The publisher had indicated that the scenarios were supposed to be connected in some way, but ultimately they aren’t, because the stories that would’ve tied everything together were cut out. The “temporary” part of the title was meant to be part of the game’s fourth wall breaking horror shtick, but the joke among Japanese gamers is that a unfinished, provisional title was kicked out into the market, long before it was in a functional state. There was also a minor scandal with Famitsu magazine, whose editorial department contributed to the game, and seemed to downplay its obviously faults by giving a shockingly generous review of 7/6/7/6 (26/40, an average score). The game is almost all text, non-Japanese readers will never truly experience the laughably terrible aspects of Shijuu Hachi, although it’s probably better left that way.