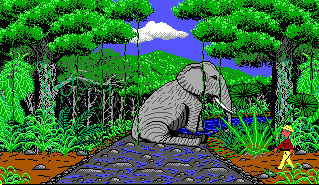 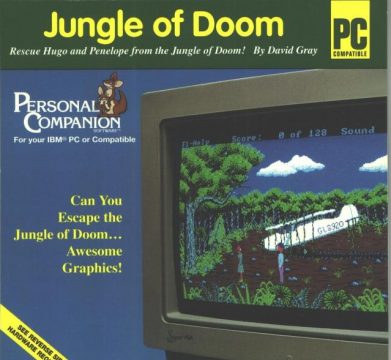 Hugo III begins with Hugo and Penelope returning home on a plane from England, when a freak magnetic storm causes them to crash somewhere in the Amazon. Penelope wanders off to explore while Hugo works to get the plane fixed, but ends up being bitten by a spider. A native informs him that the only thing that can save her is water from the Pool of Life. 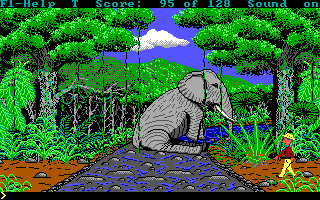 After wandering around the jungle and picking up a few random things, Hugo ends up in a village of friendly natives. After trading his bouillon cubes for a blowgun and pipes, Hugo ends up being captured by a witch doctor before paralyzing him with a voodoo doll and taking his things. Eventually, you come across the old man one last time, but he thankfully decides to go easy on you this time around and guesses if you have certain objects in your inventory. After healing Penelope, the game ends with their plane flying off into the sunset. The game never actually DOES tell you if they ever made it back, though. 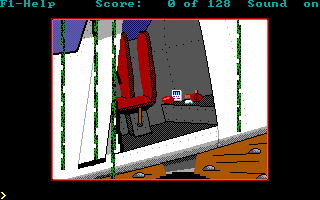 This third entry somehow manages to be even shorter than House of Horrors, although the difficulty sits somewhere between that game and Whodunit. While unwinnable situations are still possible if you miss items, there’s actually no way to die, which really makes the game a whole lot more fun than its prequels. While the puzzles still aren’t that difficult, at least there’s more variety on them than “use this on this”. The most difficult part to deal with is on how to lure a mouse into a cage, but that’s more a matter of positioning than anything else. 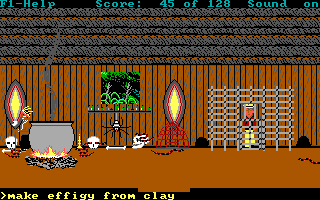 The engine is once again the same, although there’s the minor addition of a few scenes having something like a scaling effect as Hugo approaches and walks away from the foreground. He also gets a new safari outfit that’s a lot easier on the eyes from his usual blue and purple combo. 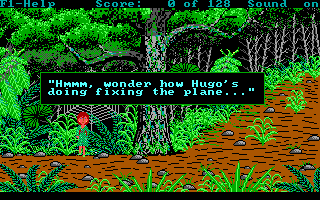 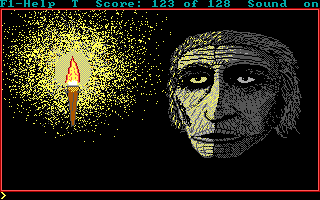