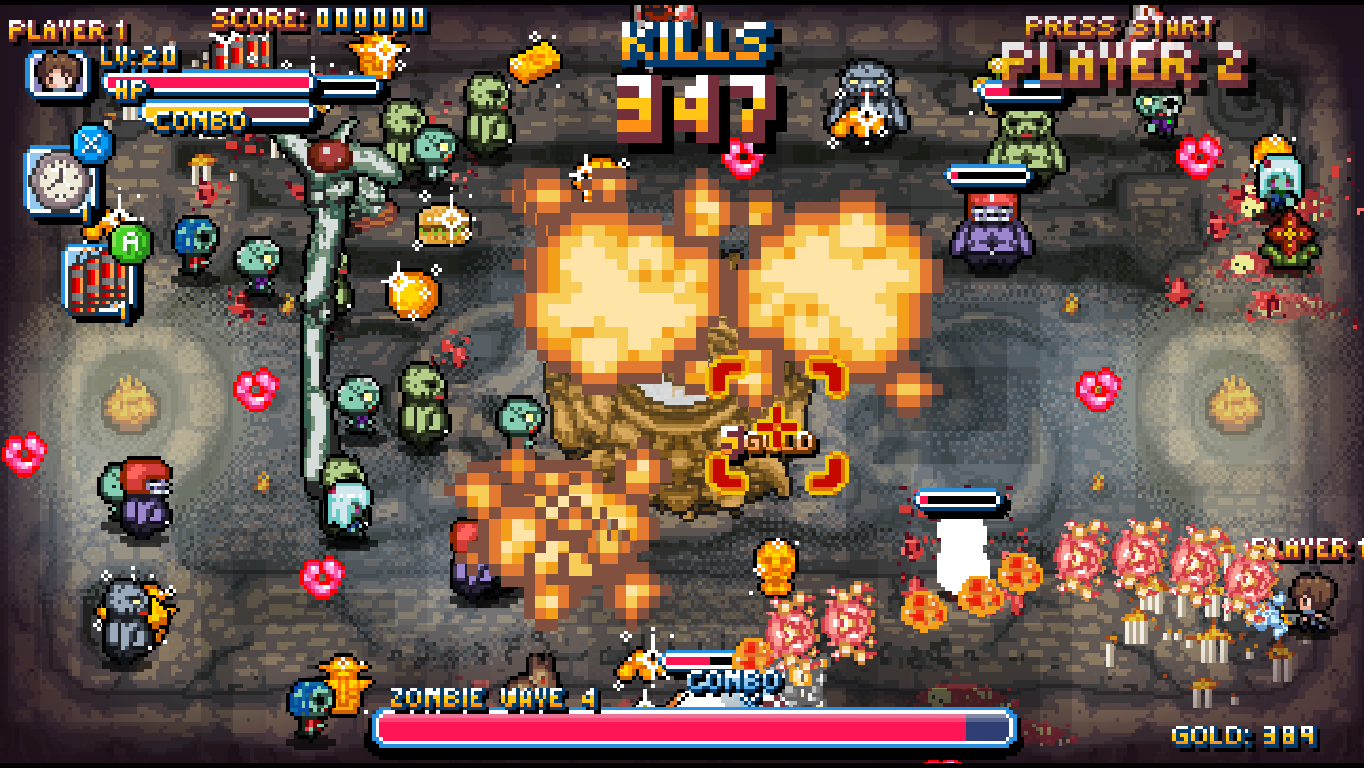 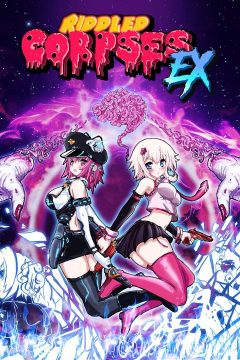 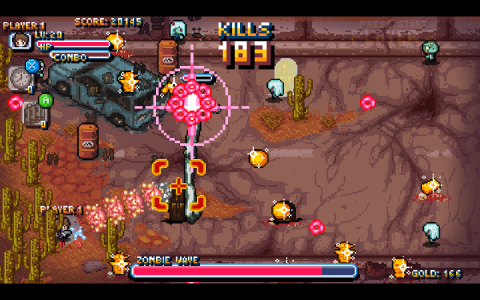 The world is in danger because some scientists did science and made an evil giant brain and now there are zombies. You have to shoot the zombies and kill the evil giant brain. Simple and to the point premise, perfect for setting the stage for the chaos ahead. You start the game selecting from a pool of characters and get to blasting through a small selection of levels that make up for their low numbers by being quite long. The goal is to blast through and survive waves at set points, then destroy a boss at the end to move to the next level. You can also collect sub-weapons that can stop time or do massive damage to every enemy on screen, and they’re rare to come by, so use them wisely. 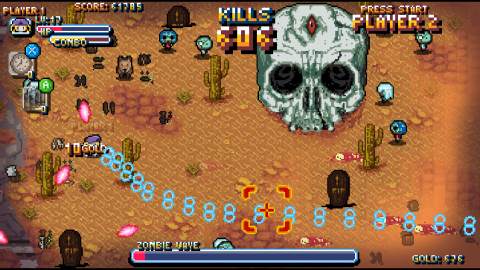 The replay value comes from a leveling system. Each character can be made stronger by collecting gold in game, from drops via killing enemies or destroying stuff in the area. This makes their shots larger and more damaging, which is very much necessary to get anywhere in this game. Gold is also necessary for getting some characters, though several are locked by feats you manage to accomplish within the game proper. 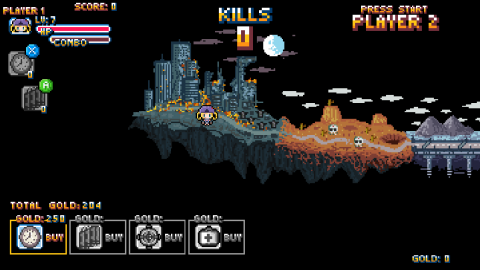 The replay value also comes from the fact that the game is very, very hard. Riddled Corpses was balanced clearly for co-op play, because if you try to get through this on single player, even with maxed out characters, getting past the second level will be a miracle. The fact many enemies shoot projectiles becomes a huge problem when they start swarming in large numbers, especially with as many shots as they can take. If you’re interested in this little gem, consider getting one of the console ports, especially because these are the EX versions with 60 FPS and various other goodies and additions. They’ll also be easier to set up for a co-op session. 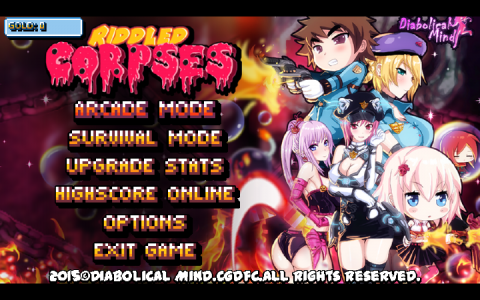 Overall, Riddled Corpses is a charming little game, a great way to scratch that twin stick shooter itch. Worth noting the developer has also released two other full commercial games since, both rouge-likes with a similar look, one a side scrolling action game, and the other a top down fantasy themed action-RPG in the vein of Gauntlet. They’re called Xenon Valkyrie and DemonsTier, check ’em out.