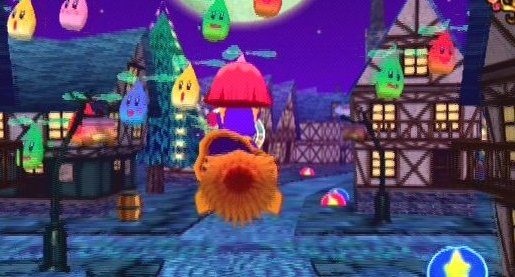 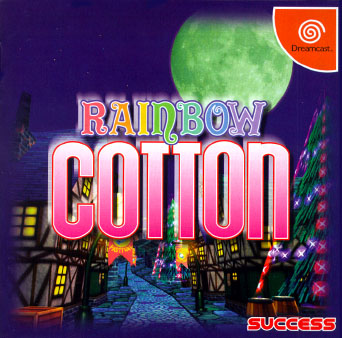 Rainbow Cotton is technically the sequel to the Mega Drive game Panorama Cotton. It features the same behind-the-back 3D view, except this time with honest to goodness polygons. The game works the same as the original – grab crystals to either power yourself up or get some powerful magic spells. It’s definitely a gorgeous game – the first stage is nighttime jaunt through a peaceful European villa, where Christmas lights decorate the pine trees. The second stage is a trip above the clouds, as you fly past floating islands and waterfalls. The third level takes place underwater, complete with little houses amongst the seaweed. Unfortunately, each level tends to drag on for an unnecessarily long time – it’s pretty for the first few moments, but the repetitive scenery isn’t so spectacular after you’ve been flying through it for about ten minutes. 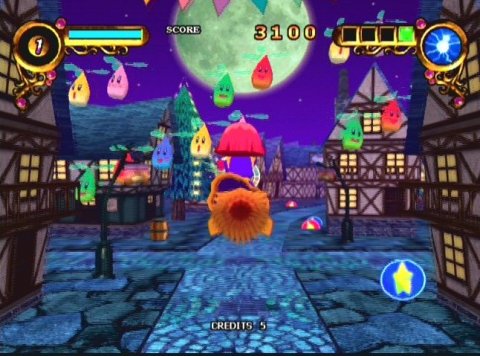 But that’s the least of Rainbow Cotton‘s problems. Similar to Panzer Dragoon, you control the crosshairs rather than your character. But for some reason, it’s almost impossible to hit anything. If you do, it’s not like you could tell – the enemies don’t explode and barely make any sounds. It doesn’t help that Cotton herself is so huge that she blocks whatever you might be shooting at, in addition to any bad guys coming your way. Furthermore, the crosshairs auto center, so it’s quite difficult to keep a steady aim. There’s no lock-on missiles either, which really could’ve helped. Even if you somehow come to grips with the terrible controls, the game just isn’t much fun – it’s slow moving and quite boring, especially compared to the blazing fast speed of Panorama Cotton. You’ll find some cool bosses, like the pig blimps and the gigantic fire breathing chicken, but fighting against them is frustrating. 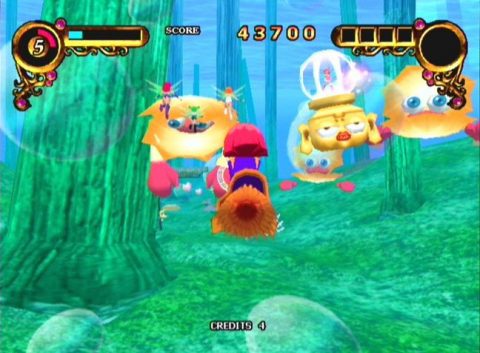 The rest of the package is rounding out by some appallingly awful anime cutscenes. They might look fine in still shots, but there are PC Engine CD games with better animation. The fairies that fly around you don’t seem to do anything except yammer incessantly, which can thankfully be turned off. In the right hands, this could’ve been a decent game, but otherwise it’s just a spectacular failure. 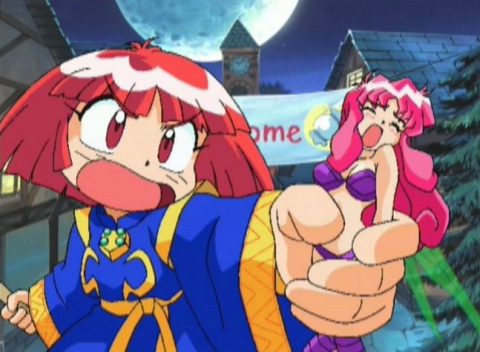 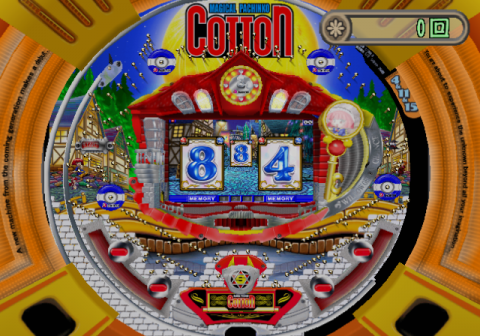 Pachinko is where good video game franchises go to die. This has been a mantra amongst the video game industry for awhile, even back in 2003. After the failure of Rainbow Cotton and the Dreamcast in general, Success slapped Cotton and her friends on assorted pachinko games, then developed a “simulation” for the PlayStation 2, so you could play virtual pachinko at home. It’s about as exciting as it sounds.