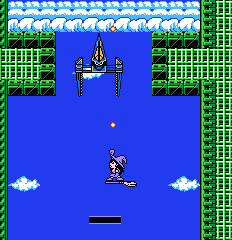 Usually when games borrow from Mega Man, they take the nonlinear level selection aspect or the gaining weapons from bosses. Darkwing Duck is a perfect example of Capcom itself making a Mega Man clone (it even ran on a modified Mega Man 5 engine). Looking at first glance, you’d almost imagine The Krion Conquest as a retooled Chinese pirate romhack. Everything from the menus to certain enemies and bosses look like repurposed sprites from Capcom’s long-running franchise. Even your player character looks nearly proportionally exact to Mega Man’s sprite and changes outfit colors depending on the in-use weapon. 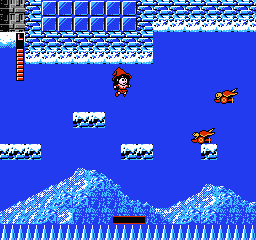 The game takes place in the far-flung year of 1999, where an evil Empire from outer space attacks Earth and their only weakness is magic. One man named Kagemaru rushes with a wand containing the only witch not sealed away: Francesca (or Doropie in the Japanese version). Unlike Mega Man, Francesca starts the game with her entire arsenal of six magic attacks: a Normal chargable shot, a Freeze shot, an angled Ball shot that richochets off surfaces, a reflective shield, an ability to transform into a screen-clearing Firebird at the cost of health, and a Broom that serves like Rush or platform items. She is also able to duck and shoot straight up, and she was charging her blasts 2 years before Mega Man 4 was released.

That isn’t to say that Francesca is going to have an easier time plowing through the stages. Arguably, her own game is harder and more frustrating to journey through. Even with her loadout and upward shots, flying enemies with dodgy hitboxes come at hard to reach/hard to dodge angles at frightening frequency and speed. Health pick-ups scarcely drop and your witch’s life bar is much shorter than Mega Man’s. The projectiles from many enemies fire fast and your shield needs to be charged before it can be launched, and even then it slowly creeps in front of you. Instant death spikes litter the path, and while your broom ride doesn’t use energy, its wide collision detection makes it harder to maneuver through tight passageways. It can be difficult to even release it close to a wall, and you need to shoot in the direction you want to fly to first before it moves, and you can’t move it down at all. It also speeds off once you jump from it, so unless you leap forward, you’ll find yourself without a broom to land back on. There are few 1-ups to nab in the game, and there are no continues in the North American release. Have fun on Round 4’s spike gauntlets! 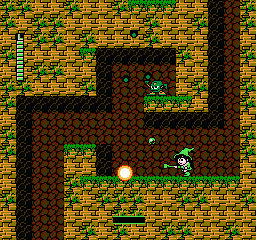 The game’s graphics lie somewhere in the Mega Man 1 and 2 range, which is a little sub-par being released a few months after Mega Man 3 came out. Many of the robot enemy designs are bland and forgettable knockoffs of Wily baddies, outside of the huge final boss. The music is rather repetitive with a severe lack of bass in many tracks to give them oomph. Though it heavily borrows from Mega Man, the game is entirely linear with only 4 rounds with 3 levels each with a supershort fifth round for the final boss fight. Its biggest addition is an oxygen meter for Round 3’s water stages, having to hop up for air before it drains and kills you, which means having to rush through enemies for the next air pocket barely within reach. Each boss takes way too many hits to destroy them, and there’s no health meter for them or flashing to tell you how close to dying they are. Each of the four bosses are predicated with a seizure-fast flashing Alert text that thankfully you can skip by pressing start. The weapons aren’t balanced or used as properly as they should, as many times you’ll be stuck with Broom’s pea shooter during the mandatory platforming and flight areas when not sticking to the normal magic or the occiasional Ball for trickier shots on solid ground. Freeze is too similar to Normal and needs to charge to freeze enemies when you could normally blast them. Shield again needs charging to work and Fire eats up precious life energy. It’s a mess of decent ideas taken from better games.

Much of the content was stripped away when the game was brought overseas. All of the cutscenes and story elements were removed aside from the intro, including the anime eyecatch beginning of each round, so what little charm there was in the main character is vanished along with any sense of what was transpiring. In fact, Francesca was slightly redrawn in the intro in the Western versions. An earlier release titled the game “Francesca’s Wand” and looked to have a realistic portrayal of the witch’s appearance. Other omissions was the Star of David hexagram transitions in the level due to Nintendo of America’s censorship policies and the removal of secret outfits for the main character, including the ability to play as Kagemaru. Regardless, each region’s cover tells little of the type of game to expect when you pop it into the console, though the US boxart seems to believe that Francesca’s a Good Witch of the North expy. This is oddly fitting since the original game was intended to be a licensed title based on the Japanese anime rendition of The Wonderful Wizard of Oz before the company failed to acquire the rights. How the end result ventured on the sci-fi/fantasy tangent this far is unclear, though the main designer fought to keep the player character female to stand out from the male-centric line of games of the era. A sequel was planned for the SNES, but the company couldn’t afford the dev kits. A mobile phone port was developed by Genki with shrunken sprites and the addition of easy modes to combat the harsh difficulty for new players. 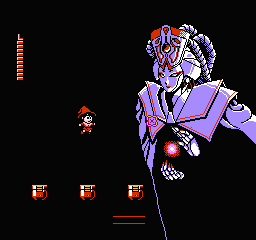 It’s hard to see this game as more than a curiousity. The ambition the makers had fell far too short for their programming prowless, and the title is recognized more by what it stole from than its own merits, however misaligned they are. The game made hardly a dent commercially in the US, mostly due to any lack of marketing. Had the developers had more time or capital, this might’ve been a average me-too platformer, but what we got instead was a bargain-bin Mega Man clone. Still, it’s better to play than the DOS games. 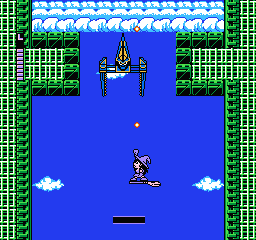