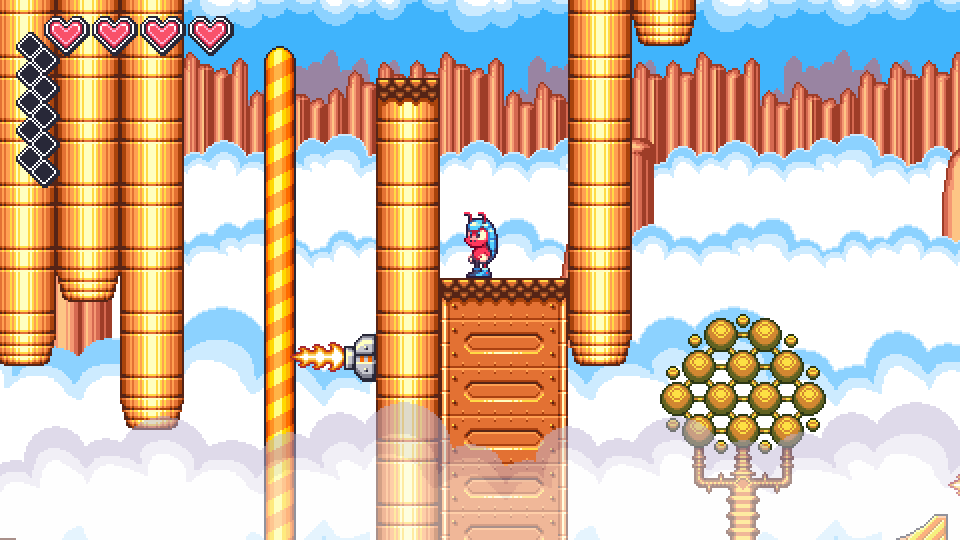 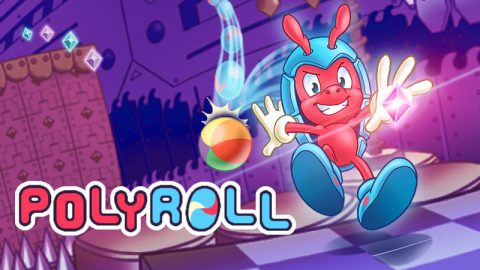 (Note: This review is based on the port made for Windows and Nintendo Switch in 2019, as the original iOS version seems to have been delisted from the Apple Store since.)

Sometimes, all you want is a nice, simple game that does what it sets out to do effectively. Polyroll, a 2D platformer that takes equal inspiration from 90s PC platformers and Sonic the Hedgehog, is one such game worth checking out if you’re in the mood for an old-fashioned platforming romp.

You play as Polyroll, a pill bug or ‘roly-poly’ who can curl up into a ball and roll around the place. Your friends have been kidnapped by the dastardly Kaiser Kiwi, and it’s up to you to travel through many worlds until you reach the Frigid Castle, rescue your friends and kick Kiwi’s butt! 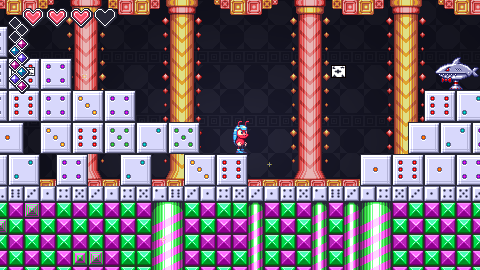 Polyroll tasks you with getting to the end of the stage, as you jump around, bounce offenemies and roll your way into objects much like Sonic. You have three hearts to protect you from enemies and hazards, but you can replenish a heart by collecting 10 of the many gems scattered around. You can also find gems hidden in flowers, along with special shields that protect you for an extra hit and grant you different abilities depending on the shield type. From dropping bombs and hovering in the air to attracting nearby gems and safely walking along spikes, these shields are very helpful when tackling some of the game’s tougher sections.

It’s worth holding onto them even when exploring, as they’re crucial to uncovering the three crystals hidden within each level. Collecting enough crystals opens up a handful of alternate worlds and Heart Palaces, where you can upgrade your health by conquering challenging stages under a very tight time limit. Where and how the crystals are placed complement the game’s mechanics and level designs nicely. Some require you to gain more height by jumping on enemies or ricocheting off two adjacent walls, while others ask you to pay attention to your surroundings and solve small puzzles.

Crystals help to make traversing the levels more interesting, and they’re also important to exploring more of Polyroll overall – especially as you need to collect 40 of the available 96 crystals to reach the final world. But since it’s easy to grab plenty of crystals, and you even keep them if you die before completing the stage, you’re not being pressured into finding more than you need to. It’s a good incentive to keep playing, which works well since the underlying core is very solid. 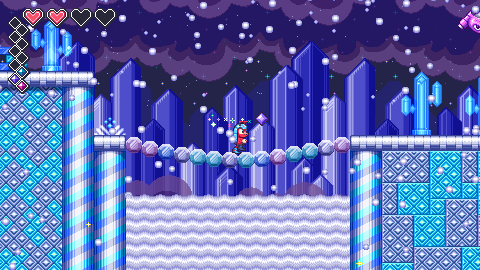 Simplicity is the name of the game, with straightforward platforming mechanics that anyone can get into and intuitive additions that punctuate levels such as poles to roll into, springs to bounce from and little ramps that launch you into the air. Controls are quite responsive and you have plenty of adjustment for moving around, letting you correct mistakes with little to no hassle. Every level has a different gimmick or idea that it plays around with, such as going along a riverside raft, exploring a maze-like temple and plenty more.

These make each stage a memorable adventure, and complements the game’s breezy pacing in how it only takes a few minutes to beat any level. There aren’t checkpoints, so you’ll restart from the beginning every time, but this doesn’t become a problem since it’s easy to see where you went wrong and can fix it.That said, you restart with only one heart, and having to collect gems to refill your health constantly gets pretty annoying.

This becomes particularly irritating when fighting the bosses that appear at the end of each world. Most of them offer enjoyable and varied challenges that test your abilities, but some of them are quite tough and only provide just enough gems to offer scant protection, which only makes them more difficult if you end up dying. 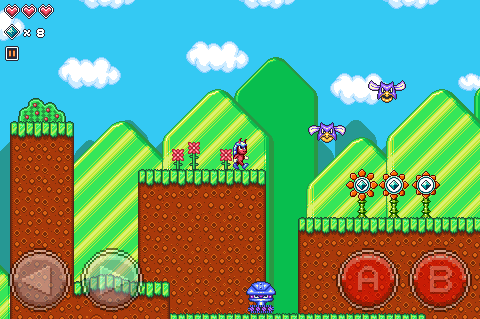 There’s many levels to dig your teeth into, with around a dozen worlds featuring two or three stages each, and the final areas offer up a real challenge that carefully straddles the line between satisfying and wanting to chuck your controller (or for the Switch version, possibly your console) at the nearest wall. Even if you only stick with the default amount of hearts, you can make it to the end if you’ve got the skills and reflexes.

Polyroll also has a good deal of charm thanks to its aesthetics. The graphics are bright and colorful, with clear visuals that tell you everything you need to know at all times, plenty of unique backgrounds and tiles to make each world stand out, and a smooth framerate that ensures the game looks and plays well. In terms of sound, it’s a slightly mixed bag but nevertheless good. The sound effects suit the game’s style very well, with punchy but clean sounds for attacking enemies, collecting objects, getting hit and more. The music by Andrew Riley is overall pleasant, and the variety of styles and instruments used fits each world memorably. However, the loops are short and abruptly restart, which can sometimes grate.

Polyroll was originally released back in 2012 by Justin Craig for iOS devices, having begun life as a Sonic fan game and inspired by the lack of Sonic-styled 2D platformers at the time. It was ported to Windows and Nintendo Switch years later in 2019 with redone artwork, refined controls, more crystal gems, and new levels among other additions. 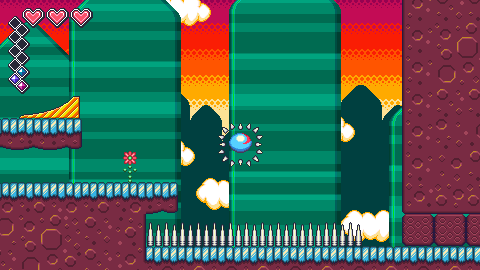 The game’s inspirations from Sonic the Hedgehog were utilized in its promotion a few times for the re-release. A pair of demos were released for the 2018 and 2020 editions of the Sonic Amateur Games Expo where Sonic fan games and independent projects are shown off. Meanwhile, the promotional artwork was drawn by Tracy Yardley, one of the more popular artists who worked on the Archie and IDWSonic the Hedgehog comics from 2006 to 2019.

A write-up on the original iOS version’s development by Justin Craig – https://www.indiedb.com/games/polyroll/news/polyroll-submitted-thoughts

A press kit for the 2019 port, revealing some more information on its development and its premise – https://hofstudios.com/games/presskit/polyroll