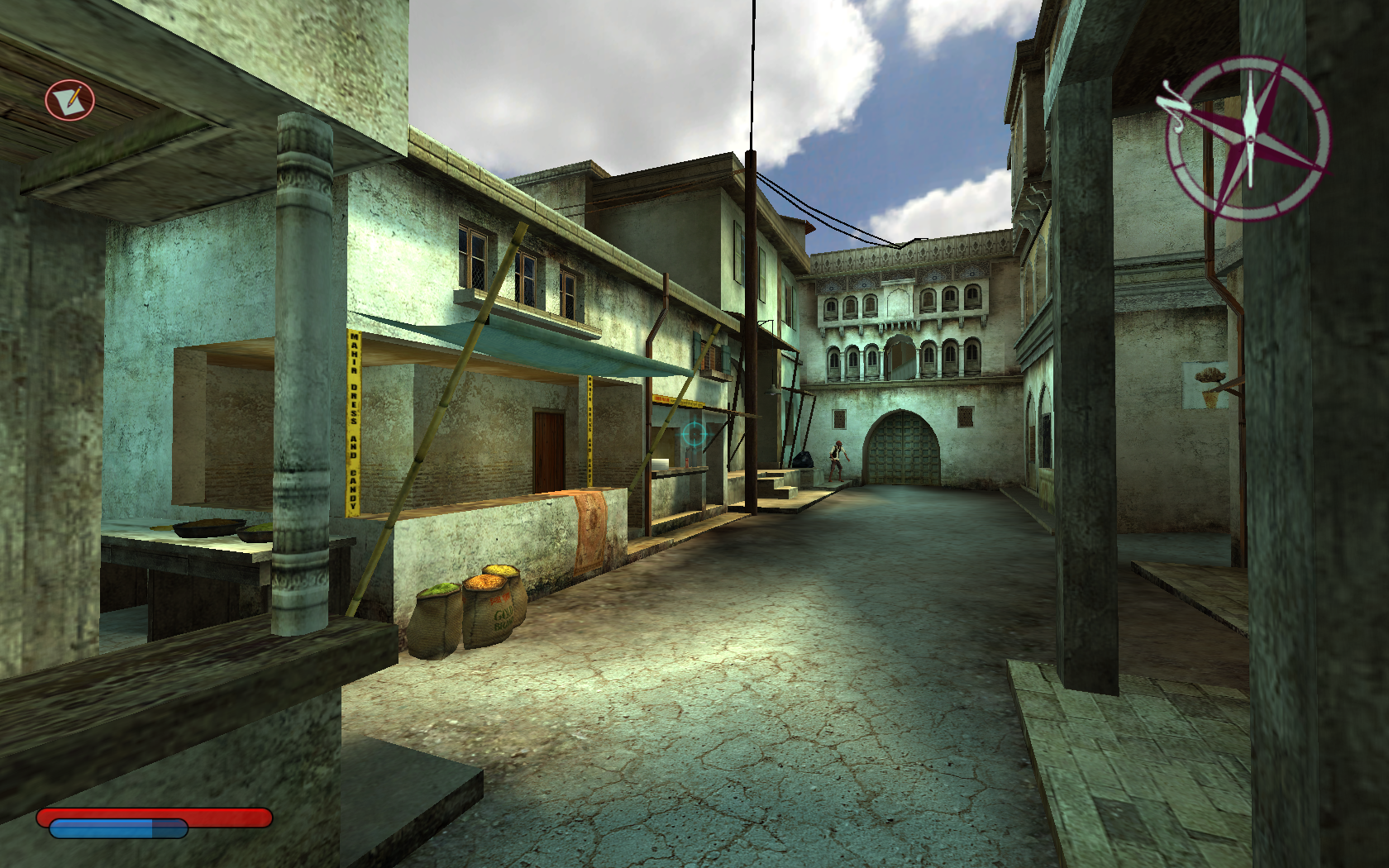 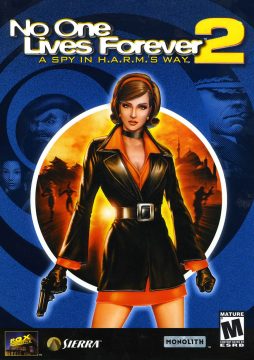 No One Lives Forever 2 (or NOLF2) had a lot of expectations from fans after the critical awards that the first title received. The successor was expected to have better AI, as well as improved rendering and physics, without straying too far from the successful formula of the first game. Designer Craig Hubbard also expressed how he had to keep the team motivated since they wouldn’t like to spend a year and a half to develop the same game but with a new coat of paint, he wanted to keep the team excited and present new challenges to explore gameplay concepts. This proved to be another hit for the team as the game was very well received: GameSpot named it the best second PC game of 2002, and it received several awards such as the GOTY award and a 91/100 on Metacritic.

Cate Archer is back with a new character model resembling the English actress Jean Shrimpton, as opposed to Mitzi Martin in the first game. She also sports a new voice actress, Jen Tylor. Bruno Lawrie returns as the temporary director of UNITY since Jones decided to take a vacation, and  Doc Schenker is the new main staff scientist, plus the UNITY cast is expanded with two new characters: the US Military Adviser Isaac Barnes and the General Morgan Hawkins. Also along for the ride is Magnus Armstrong, who brings his sassy attitude as Cate’s new sidekick and comedic relief. As for the villains, H.A.R.M is back with a new leader called The Director with his pupil Isako, the leader of the Katakuri Ninja Clan. Volkov makes a return, though he is now in a  wheelchair after a skiing incident. 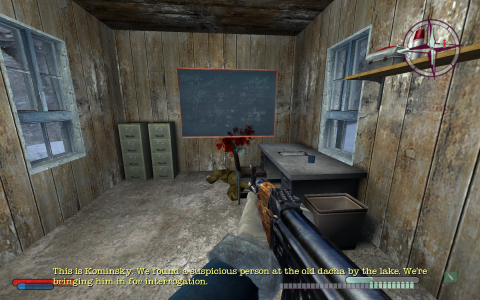 The main plot focuses on tensions between United States and the Soviet Union over the isle of Khios and the efforts of UNITY to investigate on Project Omega, which is believed to be the key to the Soviets to gain control of the isle. Cate will face new enemies such as ninjas, robots, super soldiers and even natural disasters along the way. Once again Cate travels around the world, exploring Japan, Siberia, India, Antarctica and a secret H.A.R.M base located in the core of an artificial volcano.

The cutscenes are vastly improved over the original game, with realistic expressions thanks to custom facial expressions and eye movements. The graphic engine received an overhaul and looks stunning with water reflections, mesh shading and a physics engine that adds a lot of small details, such as flying objects and debris, especially in the fourth mission where Cate has to survive a slowly-approaching tornado. 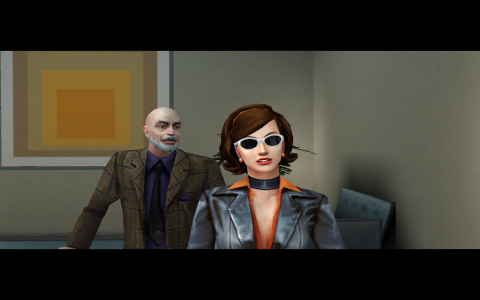 The voice acting is great for the main characters, but for the secondary characters it falls flat quickly,  since there is a lot of intentionally bad acting to mock some regional accents. Those worked in the first one in short bursts such as the Irish banter between Cate and Armstrong, but in this game they feel beaten into the ground. The Indian levels are a great example of why it doesn’t as they’re mostly based on cultural stereotypes that are boring at best and offensive at worst.

The pacing is another big problem: some missions feel tight and carefully crafted, with interconnected levels and a non-linear progression that lets the player choose which problem they should tackle first. There is a bit of backtracking but it’s never too tedious or forced on since the player can easily swap between levels with ease. Meanwhile, some levels feel like there wasn’t a clear idea by the level designers on how to fill up the gaps between objectives. In place of those gaps there are some frustrating “endurance levels” with waves of enemies and scarce supplies. This is especially true in boss fights which are placed out of the blue, usually after slow paced stealthy segments. These break the atmosphere and have all the same formula: brief moments to shoot at them, a wave or two of enemies, repeat. The first game had fewer but better bosses and were placed to surprise the player while not letting them feel overwhelmed by the situation. 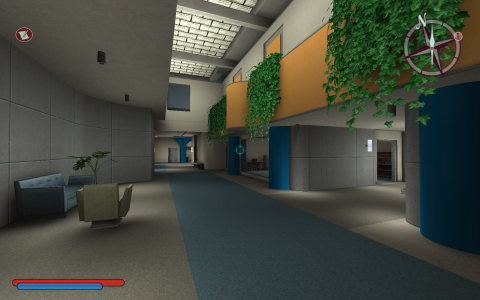 NOLF2 introduces some light-RPG elements with a skill system. Cate can upgrade her statistics such as Health, Armor, Stealth, Search by spending points that can be earned by completing objectives and finding intel items. Every skill has a maximum of 5 levels, ranging from Novice to Expert. Cate cannot use some bigger healing or armor items until she upgrades those skills, and the same is true for accuracy which feels severely dampened until it’s upgraded. There isn’t a mandatory skill to be maxed out, everyone has its strengths and weaknesses and a no skill run is doable on Normal difficulty.

Stealth is completely revamped: every level can be finished by sneaking, using non-lethal weapons and a tracking dart launcher which highlights the path of a foe on the mini-map. Cate can hide bodies in dark spots, and she will become undetectable after standing still in them for a brief period. The player can alert enemies by walking near bell chimes, trees or active light sources. The dynamic sound system is even more reactive than the first title, and a careful player will feel rewarded in being as silent as possible. The AI feels a lot smarter; awakened enemies will instantly try to run to the nearest alarm or call for reinforcements, spotting a dead guard will instantly alert them and they will search for the player even before checking on the body. The goofy conversations between guards can now contain useful information on where to go next and Cate can interact with NPCs to get some tips.

Gone are the interactive briefings between each level, substituted by cutscenes. Also gone is the selectable custom equipment in favor of a default set. Santa’s Workshop is now a speaking robot bird which acts as a tutorial in the first level and later in the game gives updates on the mission. As for the gadgets, everything must be found on site and their place is never too obvious, like in the first game. Many gadgets have been removed or combined into a multitool called the Utility Launcher; this new tool has different type of ammo ranging from shock darts, a camera disabler, glue bombs and a tranquilizer. Some tools such as the lockpick and the welder return and they feel a lot more useful; they’re needed for getting all the hidden intel.

NOLF2 sports some new weapons: the AK-47 and the Tommy Gun are common finds, substituting the 9mm in the first game. Engaging in close fights is now doable with the addition of a Combat Shotgun plus two melee weapons, the Katana and the Tulwar. The Lipstick Grenade is gone in favor of a much more useful array of explosives such as Flashbangs, Incendiary, Laughing and Sleeping Gas. The Banana briefly appears in the Indian levels to make quick work of the chasing guards in some segments. The gunplay is as fun as the first title and the new weapons fit nicely both in the action and stealth sequences. They all feel fitting for the period and much more realistic compared to the first title.

With this sequel, Monolith experimented a fair bit to freshen up things and while it has some flaws, this was by no means an easy task. The devteam really kicked it out of the park by delivering a great sequel to an already successful title, which is still considered by many a classic.

Despite its success, this spelled the last game with Cate Archer as a star, though it’s technically not the end of the series. The last title of the franchise, Contract J.A.C.K (“Just Another Contract Killer”) was released the following year, this time following an H.A.R.M character fighting an opposing organization.

The Operative: No One Lives Forever