Ninja Gaiden II: The Dark Sword of Chaos takes place shortly after the events of the first game. Ryu has defeated the Jaquio, but soon the next threat arises in form of the Emperor of Darkness, Ashtar, who wields the sword of chaos and has Irene kidnapped. Of course, Ryu is up on his feet and to the rescue immediately. 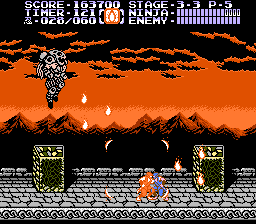 This time, Tecmo was done genre shifting – the basic gameplay stays untouched from the first NES game. Yet there are a dozen small tweaks that make Ninja Gaiden II much more enjoyable. You now can use your extra attacks while climbing and climb up or down freely, though you still have to do wall jumps to get on the top of a platform. The ladders are still there, only this time they lead you to the next section of the stage. The jumping speed is also a bit slower and floatier, but easier to control.

The weapons system underwent some changes, too. Now every weapon use draws much more points, and you also get them faster – there’s even an item which fills up the stock completely. This time Ryu starts out with a maximum of 40 weapon points, though it can extended by collecting scrolls, which are hidden sporadically throughout the game, usually in difficult locations. This way, the game encourages you to use special weapons even more, since hoarding ammunition has become mostly useless. The game provides provides ordinary shuriken and 10 weapon points at the start of every stage. Also, weapon points don’t get cut in half anymore after dying, but instead you keep all of them, unless you have to use a credit. There’s also a new weapon available – it’s the opposite of the Magic Fire Wheel, a flame that fires downwards. Tecmo ditched the unbalanced special air attack and the out-of-place time stop, while the Invincible Fire Wheel has become an “ordinary”, if expensive, special attack that can be used multiple times. 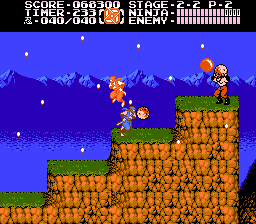 The biggest addition, however, is the “Phantom Shadow” technique. By collecting this item, you can summon up to two copies of Ryu, who shadow his every movement. (Only one shows up on all the screenshots, because they blink alternatingly for a transparency effect on old CRT TVs.) They’re invincible, but can still damage enemies. They also stay floating in mid-air after a jump, so it’s possible to position them strategically to take down bosses easily. It even triples the special weapon power, since each of Ryu’s duplicates launches a copy of the weapon. While they are cool to have, they provide very cheap methods to beat most of the bosses, and are a bare necessity for some of the others, therefore throwing off the game’s balancing a bit.

Compared to the first Ninja Gaiden, which kept things plain and simple, the enviroments are much more varied. It was all pits and platforms in the predecessor, but now you have to cope with strong winds, flowing water, spikes and the like. Most notably, there’s a part in Stage 3-2 that takes place in darkness, and you have to wait until lightning flashes so you can see where you’re going. The lightning still keeps flashing even when you’ve paused the game, which makes it much easier if you have the patience. The boss battles have also improved and now almost all of them require a certain strategy, though a few can be rendered useless through the aforementioned Phantom Shadows. 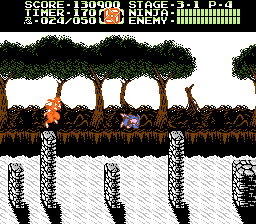 Apparently, 16-bit can’t do this: Flashing lightning on the NES.

The graphics are on par with the original, although the power-up items are all encased in floating orbs, giving the game a more consistent look. The music is easily as good as the first NES game, although the drum samples have changed, so it has a pretty different sound to it. Overall, the difficulty has been toned down too, and there’s nothing nearly as frustrating as the first game’s last stage. There is also an extremely cool sound test called the “Musicruise”, which shows super deformed versions of Ryu and Irene, along with the track names and a display of the sound channels. 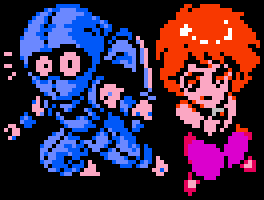 This time, Manley & Associates Inc. developed ports for IBM PCs and the Commodore Amiga, which where published by Gametek. Similar to the original Ninja Gaiden on the PC Engine, the graphics received a major overhaul, now leading to a look that is in tune with many contemporary western home computer games. At some parts, it looks better than the NES version, but the overall art quality is definitely inferior. Ryu switched colors with his copies, so he is red and they are blue – in principle just a tiny cosmetic change, but slightly irritating after playing the NES original.

Everything these versions could have going for them is destroyed by an atrociously low frame rate, which renders them almost unplayable. But even if it wasn’t for this huge handicap, there would still remain enough problems to make the game not worth a try. The collision detection is messed up, so now you die from a downfall long before you reach the bottom of the screen (annoying), it takes forever to wait for the lightning in stage 3-1 (very annoying), you get thrown back from a hit even when you are clung to a wall (extraordinarily annoying) and, while you get thrown back, you’re turned around the other direction all the time (extremely annoying) and if you make the mistake to push “up” together with “forward” while jumping to a wall to immediately climb up as you reach it, you stop jumping forward and fall in to a pit, dying long before you reach the lower end of the screen. And if your system of choice is the Amiga, you get a nice, overly complicated 1-button control scheme free of charge. The PC version allows quicksaving at any time, so at least it’s possible to savescum to the end, but that’s hardly the way the game was intended to be played originally. 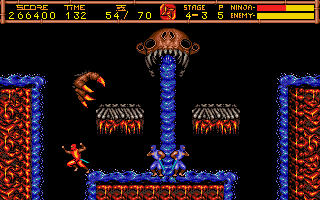 Of course, this episode is also part of the Trilogy for the SNES and received the same treatment as the first game. Again, there’s some slight censorship, and the darkness and lightning effects in stage 3-1 were removed. Taking stuff out might always seem like a bad thing at first, but after going back to the NES version (not to mention the unspeakable PC port), it’s easy to see how the latter is really a good change. The password system applies here too, but using passwords comes with a serious drawback: the amount of scrolls picked up to increase the maximum ammo isn’t contained in the password, so you will have less weapon points on your disposal than you get with a continuous run. 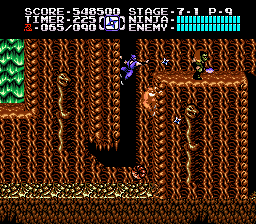 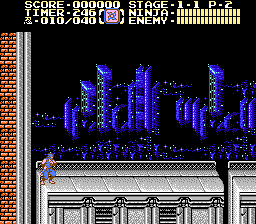 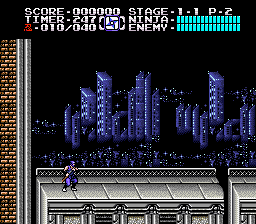 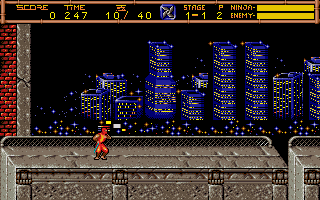 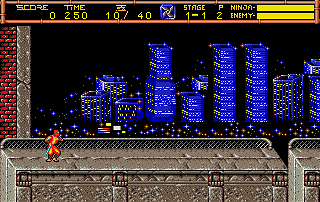 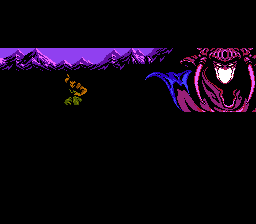 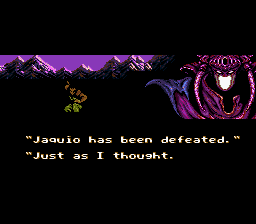 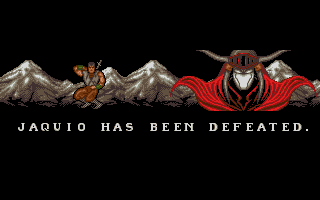 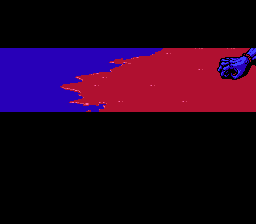 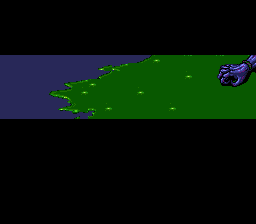 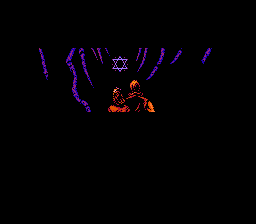 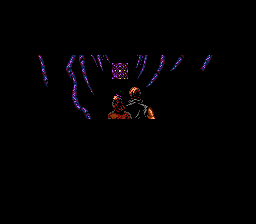 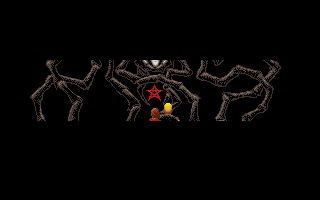