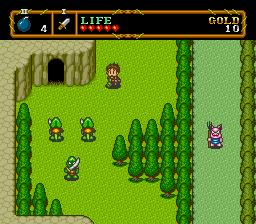 Released a couple of years later, Neutopia II got more exposure from reviews at the time (most of which were quite positive), but has since become more obscure than the first game. This might be due to the fact that while it tries to change things up, the end result is a middling sequel that doesn’t improve enough on its predecessor and is even more of a slog than before.

Years have passed since the events of the first game, but there’s a feeling in the air that evil has returned to the land of Neutopia. Jazeta sets out to see what’s going on, but he soon goes missing. Now it’s up to his son (who you can name whatever you like) to explore Neutopia, find Jazeta, and maybe even save the world from the forces of darkness.

The story is given slightly more focus, with a few characters even getting names this time around. However, it doesn’t do much more than simply tell you what you have to do next and give you advice, which is at least still given a good, coherent translation that’ll help you out in finding and beating dungeons. 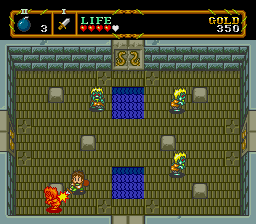 The gameplay remains largely the same as before, but several tweaks and changes are made. You can now walk in any direction and can even use your sword while moving. This makes movement less stiff and gives combat a smoother flow, but it clashes somewhat with how the maps are still on a grid-like design; pushing blocks in particular can be a pain since it’s harder to line yourself up at the right angle needed to push them.

All the items from the previous game return, but you’re now given more weapons to use. These include the boomerang, which has a long range but must be caught when it returns to you or you’ll lose it; a flail that can quickly attack in any direction, but uses up ten gold for each use; and new elemental staffs to help you out in more crowded situations. This helps to make combat a bit more varied than before, though they sadly don’t have any uses in puzzle solving or traversal.

The structure of the overworld has been dramatically changed. Instead of having four separate overworlds with two dungeons each, you now have one big overworld full of dungeons. While this initially suggests that you’ll be given a lot of freedom to explore and beat dungeons in any order, it’s actually much more linear than the first game.

You can only complete each dungeon in a set order, with very little freedom or incentive to explore outside of whatever location you’re currently in. While you can sometimes find other dungeons or areas ahead of time, you can’t do anything unless you have the item acquired from beating the dungeon you’re meant to do. This reduces the amount of choice you have, and is comparable to being pulled along by the nose from place to place. 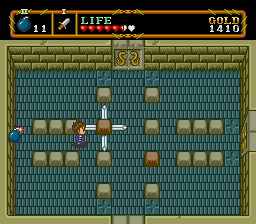 A more linear structure isn’t inherently bad, provided that the dungeons take advantage of the fact that you’ll be progressing through them in a specific order, but this doesn’t happen as much as it should. The way dungeons are laid out is more varied, for sure. Some are more linear than others, while a couple of them have multiple floors (compare the five floor gauntlet of the Twin Towers to the more elaborate Douma Labyrinth), and they even have multiple songs and more varied color palettes to keep the presentation interesting.

Sadly, the puzzles still revolve around either killing everything or pushing a block after you kill everything. Even though new mechanics such as pressure pads, teleporters, and conveyor belts are introduced, what you end up doing in each dungeon still boils down to doing the same things every time. What makes this worse is that room layouts are frequently recycled, with little variation beyond which enemies you have to fight. You’re locked into rooms and forced to solve puzzles much more often, even if you’d just been in there and need to go elsewhere. The block pushing is further exacerbated by how most rooms are full of them, which makes trying to leave the room frustratingly tedious as you have to push every single block until something, anything, moves.

With the non-linearity gone from the overworld, this ends up making Neutopia II a more boring, irritating version of the first game, with no real improvements made on anything it carries over from that game or the original Legend of Zelda. (A Link to the Past came out a few months later, so it would be unfair to compare this to a game that hadn’t yet been released.) 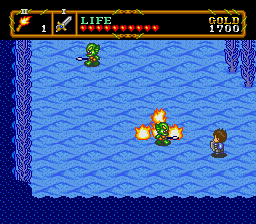 Much like its predecessor, Neutopia II is technically competent and solving dungeons is quite satisfying. It even manages to improve the presentation by a good degree. While the graphics still suffer from uninspired art direction, it runs well and has colorful characters that stand out from the background. It even includes a few cool tricks, such as a boss that’s made up of multiple moving sprites and shimmering water effects that give an underwater section a particularly unique feel. The only technical issue is that using the lightning staff at full power in a busy room can lead to the framerate tanking pretty hard, but that’s the only time the game slows down.

The soundtrack is now helmed by Keita Hoshi (a very experienced Hudson Soft composer who worked on Soldier Blade and Super Bomberman 3 among others), and is a similar improvement. The loops are still a bit too short for their areas, but the tracks are enjoyable and offer a variety of moods to suit each situation. A very nice touch is that some of the songs are rearrangements of music from the first game (e.g. one of the dungeon themes is a remix of the original’s dungeon theme), which can musically echo the parallels between the hero and his father’s journeys throughout Neutopia.

While a decent game at heart, it’s hard to really argue for Neutopia II as a game worth playing. If you enjoyed the first one and don’t mind more of the same, consider giving this one a try. However, there isn’t anything here if you wanted something more elaborate or improved.

Neutopia II has a few amusing secrets. Most of these are activated through the password menu, but one can be found by naming the character “こあら”/”KOALA” for the Japanese/American versions, respectively (the quotation marks aren’t part of the name). This will give the hero a goofy face with dot eyes and a mouth like a pedal bin reminiscent of the Canadians from South Park, along with a full health potion in your inventory. 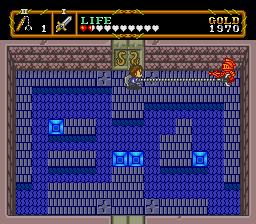 In the password screen, entering “みゅうじっくふろむにゅうとぴあ” or “Thats Entertainment Neutopia” gives you a gallery of all the enemies in the game, while “みゅうじっくふろむにゅうとぴあ” or “Music From Neutopia” lets you access the sound test. It seems that the Japanese version has an exclusive, ultra-long password (“せどてすろするむ るまげきけんこへ とずのづらわそし るかわばぬだゆひ ぞやぢんもちりの だもんへざぐどぞ”) that lets you play as the hero with a wacked out color palette.

Video Game Den for the information on the passwords, and the screenshot for the character with the crazy colors: http://www.videogameden.com/hucard.htm?ne2