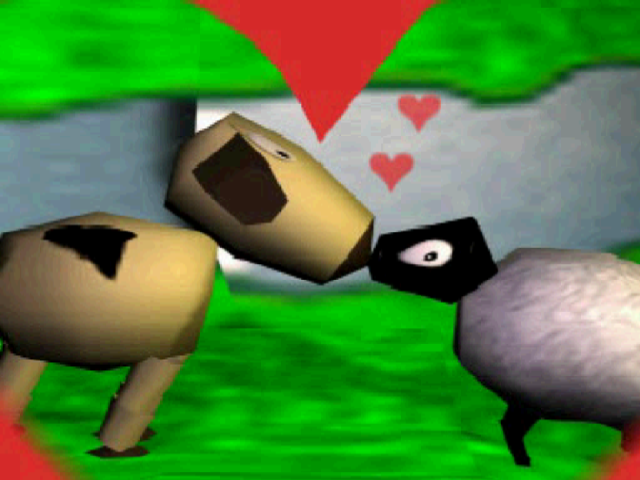 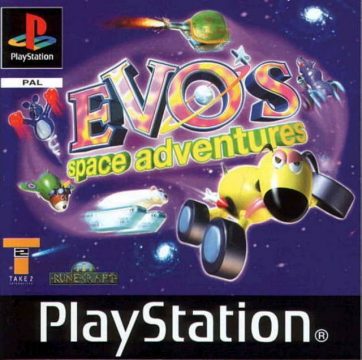 About a year and a half after the N64 release, and six months after the GBC version, SpaceStation Silicon Valley was ported to Sony’s PlayStation under the name Evo’s Space Adventures. Like the GBC release, it was only released in Europe. Although the screenshots make it look similar to the N64 original, albeit with distinctive PS1-style grainy textures, so much has been ruined in the porting process it’s difficult to know where to start. Let’s start by saying Evo’s Space Adventures is crap on an almost mythological scale. Which is perhaps unsurprising when you consider that the original DMA team had nothing to do with it. Take 2 Interactive now seems to be the developer, and the credits page shows an entirely new team. Runecraft is mentioned on the box and in the intro, but not in the manual’s credits.

First off the controls have been redesigned for the PlayStation directional pad, making them sluggish and lacking the N64’s analogue precision. The game does officially support PS1 analogue control, but it’s not very good, moving the animals just as slowly as with the d-pad; animals trundle about as if in treacle, even when the thumbstick is pushed hard forward. Although possibly due to shoddy analogue programming, it’s more than likely a result of this being exclusively a slower, 50Hz PAL game. The camera should have been placed on the right stick, but instead it’s always on the shoulder buttons, and most of the time refuses to work. The N64’s camera was stubborn with the C-Buttons, but on PS1 it almost never complies with your orders. Not only is movement excruciatingly snail-like, but there are framerate problems and the draw distance is almost non-existent. Look at the comparisons screens below to see the wall of black that plagues you throughout. On the N64 it was possible to see an entire level at a glance, allowing you to contemplate the puzzles, whereas now you’re stumbling around in the dark, in treacle, like a drunk penguin. 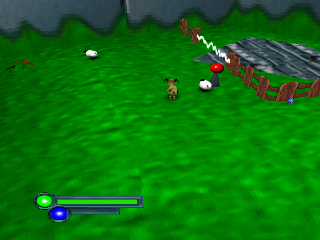 In addition to a non-functioning camera, framerate issues, crap draw distance and slow movement, the graphics absolutely suck. Everything is grainy, pixelated and jagged, the water transparencies look weird, and all the charm of the original is lost. Plus, the colours for things like mission rings have been changed to red. This makes the game unnecessarily difficult – in the original Give a Dog Bonus level, mission rings were blue and power-up rings were red. Now everything is red, so you can’t tell whether you’re making progress, or just powering up. Even the intro looks worse, with crappier textures and polygon models, despite being a pre-rendered CG movie. How is it even possible to make a pre-recorded video file, an FMV, look worse than a real-time polygonal intro? All you have to do is capture a video feed of the N64 original and you would have parity. It beggars belief! Plus they altered the script, changing the personality of Dan Danger and making it slightly less funny.

All the music has also been redone. The original music by Stuart Ross wasn’t amazing, but it was catchy, in a silly sort of way. It sounded like elevator music in places, but at least it suited the oddball shenanigans of the gameplay and was good. Presumably he retained the rights to his music, because T2I got Matt Sugden to redo all of it, and it sucks. The title screen sounds like a bad techno remix of ABBA’s Tragedy, the elevator style music is made even more obnoxious, and some of the really good tunes, such as on Give a Dog a Bonus, have been replaced with awful generic heavy metal.

Some game crippling bugs have been introduced as well. The most glaring is the lack of audio or visual feedback when using the turbo boost on animals such as the mouse. Initially it’s easy to think they just didn’t implement the turbo boost (thereby making puzzles impossible to complete). Close inspection of the ground below reveals that the animals do move a bit faster, there’s just no audio cue and no black smoke like on the N64, only a few dark particles (this is not an emulation glitch, ESA was played on original hardware). Without this kind of sensory feedback it makes the turbo boost unworkable, since you’re guessing when to start and stop it.

When they weren’t adding glitches, they were cutting levels, meaning it’s not even a full port! In the Euro Zone alone it’s missing levels 5 (The Engine Room), 8 (Stinky Sewers), and 9 (Rat-o-Matic). The CD takes up 461mb when ripped, and yet with all that extra space they still couldn’t include all the levels from the 8mb N64 cartridge. Honestly, you could not make this nonsense up. This is unquestionably one of the laziest ports in the history of video games. Some games like Donkey Kong on the Atari 2600 had missing levels, but that had the excuse of limited ROM space and antiquated hardware – there is no excuse here. Plus, all the level names are removed. They simply don’t exist. The level select screen gives you the mission briefing text, but completely omits the humorous level names. Why? This kind of removal doesn’t even make sense. Also, while the N64 version opened up levels in later zones as you progressed, so you didn’t have to slog through in a linear fashion, the PS1 port forces you to play each stage one after the other. There are no published level select codes for the PS1 version, unlike the N64 original.

Worse than the missing levels though is missing information which renders the game almost unplayable. I don’t mean it’s so awful you won’t want to play it, I quite literally mean the game cannot be played properly. The entire point behind SSSV was completing the levels and collecting the 15 energy balls in each to power up Evo’s suit for the final stage at the game’s end (from Bronze, through Silver up to Gold for the most powerful version). The balls weren’t mere collectibles, they were what enabled success. A bit like Mario’s stars in Mario 64. In SSSV on the N64 the stage select screen showed how many of the 15 energy balls had been collected in each (or missed), and during play you could see how many you’d found by pausing the game. Later on you could replay levels to get them all. It was an elegant system which worked well by always providing you with information. In ESA, you are never told how many balls you’ve collected or missed. Ever. The game allows you to collect the balls, but it never actually says how many you’ve found, on any level, at any point. It fails to show this on the stage select screen, and it fails to show this during pause, so you absolutely never know.

Only when loading your game from the memory card when booting up the PlayStation does it show you the overall number you’ve found – which is utterly useless when you’re on the final level and are wondering where you’ve missed them. This forces players to keep their own mental count of how many they’ve found in a particular level, but towards the end of each, you’ll inevitably be wondering was it 14 or 15? There’s no way to know, thereby forcing a level restart. As for the souvenirs, required for the secret level, it doesn’t bother keeping count of those either. It’s like the game was never even play tested!

Evo’s Space Adventures is unquestionably one of the worst cross-system ports of the Saturn/PlayStation/N64 era. In fact it’s difficult to think of many (any?) other games which suffered such a shocking dip in quality during porting, when the original was so good. Carmageddon 64 perhaps? Even then, was the PC original as good as SSSV prior to its porting? If this game was your first experience of the SSSV series, please don’t let it cloud your judgement. The original is fantastic. 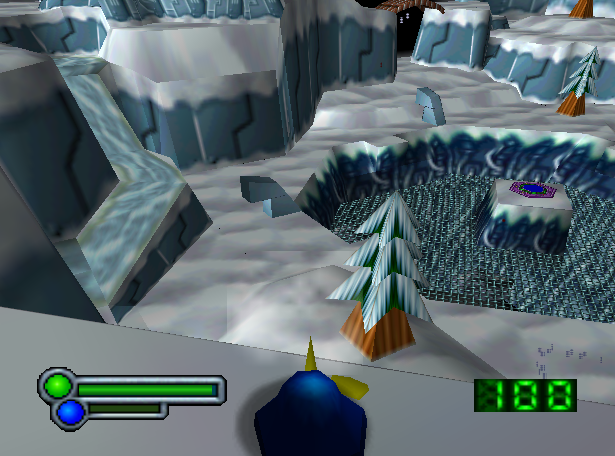 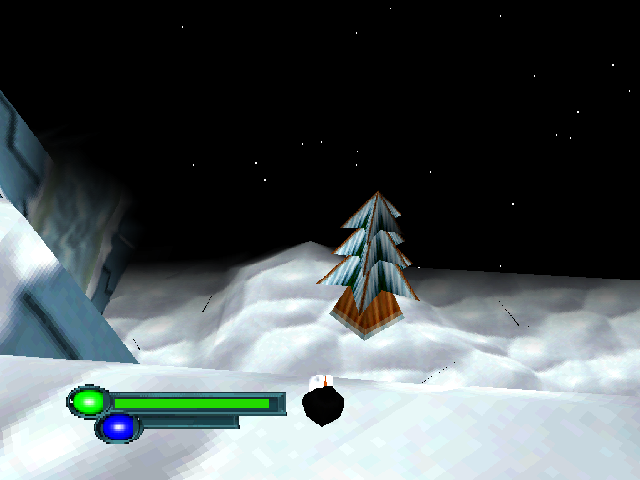 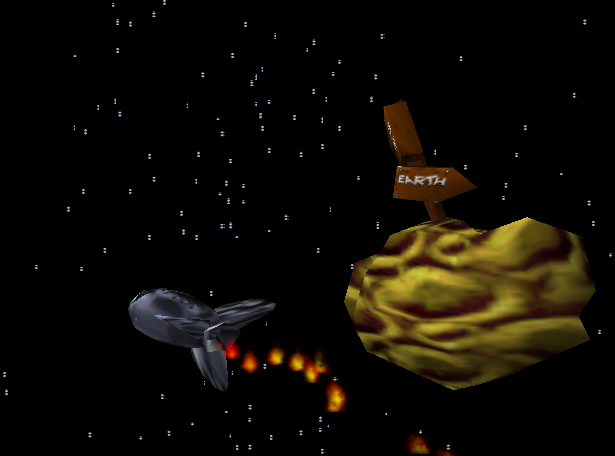 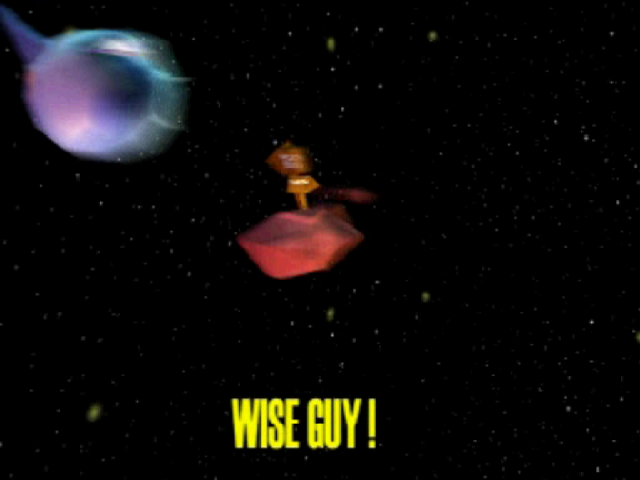 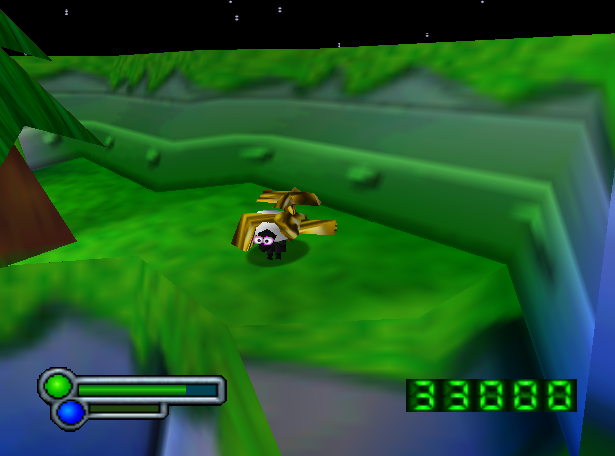 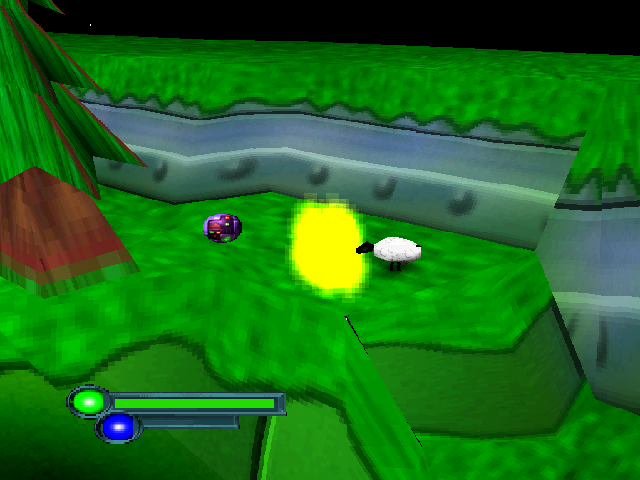