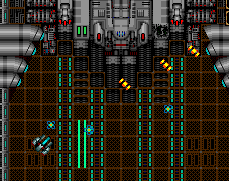 Face is a mostly unknown publisher even in Japan, and even more unknown is Sankido, the developer name under which most of their games were made. Their only games of note to be released outside of Japan are the cult titles Money Idol Exchanger and Time Cruise II. This is just as well as most of their work ranges from average like Nostradamus and Fushigi no Yume no Alice to absolute trash like Cyber Cross. The final title to use the Face name was the unreleased Diggerman for the Neo Geo in 2000. Metal Stoker: Neo Hardboiled Shooting, however, stands out as a colorful, fun and fast paced action game against its contemporaries on the PC Engine. 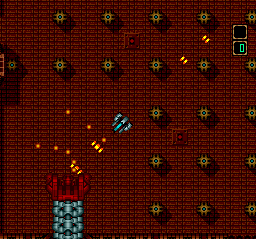 The game was developed by the regulars of Sankido, though it was directed by Hiroyuki Nasu, who is semi famous for directing an award winning film adaptation of the manga “Be-Bop High School” in 1985 along with several sequels. He also did much of the game’s graphic design which may account for how much everything pops compared to the typically darker palette seen in late eighties PC Engine games like Dungeon Explorer or Double Dungeons. His only other work in the game industry though is some graphic design for Time Cruise II. 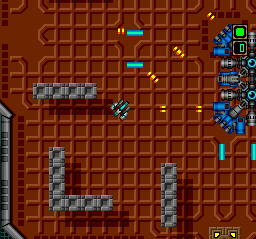 As with most shooters, the story may as well not even be there. When starting the game a brusque, burly cyborg informs you that your mission is to complete a training exercise and master the use of a prototype tank called the CS-05 Metal Stoker. After several levels of intense action, the tank’s pilot finds out that she was fighting a real battle rather than performing in a simulation.  Her boss informs her that she’s the best fighter they’ve got and they will be able to make the Stoker even more powerful with the information learned from her exploits.  She takes this in stride and takes a vacation, the end. The set up and structure of the game is so simple that the manual is actually a fold out mini poster showing off the game’s levels rather than the typical booklet formatting used in other PC Engine game packaging. 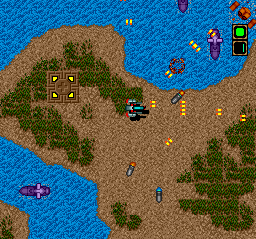 Between that beginning and end, however, a massive number of mechanized enemies to destroy and a nice variety of weapons to destroy them with await you. The action is viewed from overhead and the controls are very simple. You move around with the directional bad, have one button to shoot with, and the other one can be pressed to keep you facing in the same direction while moving. While the game is paused you can cycle through the different weapons you acquire and view their stats. Picking up items in the game will improve your weapon’s abilities. 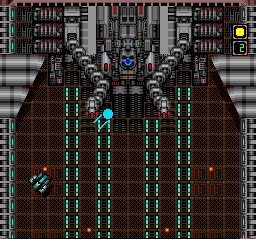 Your arsenal includes a rapid firing machine gun that fires basically in every direction at once when it’s fully leveled up. A double barreled laser canon that is extremely powerful, homing missiles, mines, and a force field that does major damage to anything that runs into it. 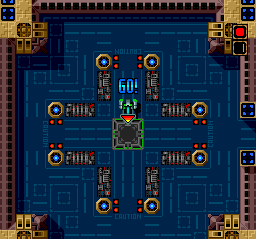 This variety is where the game consistently shines. There are only seven levels, but each one is fairly long for this kind of game. After the first very linear area, most of them scroll in every direction letting you seek out items and enemies however you wish. There will be a number of specific powerful foes you will usually need to destroy to progress, and every one of these areas you progress through in each mission has a different look and enemies unique to them to keep things interesting. The game moves very fast despite the colorful graphics and variety of enemies constantly swarming you, Slowdown only really occurs while fighting the various larger bosses. 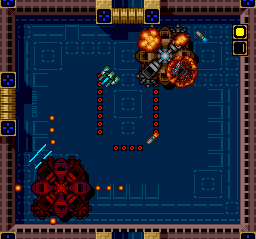 This feat was accomplished by very wisely prioritizing how the sprites are animated. Your tank actually isn’t animated at all! But instead has a pulsating glow to depict what weapon you have equipped. Enemies receive similar treatment, each have one part of them that is animated, while the bulk of each is a static with pulsating color details. Sandiko does a great job using this trick to make it very obvious at a glance how each enemy will move and attack. There’s a strong sense of motion to each of the designs despite a lack of actual animation happening. Combined with the fairly fast and aggressive soundtrack, a great sense of urgency is created.  This is a very good since in later areas it’s easy to get overwhelmed if you don’t keep moving as the low animation lets them really throw a ton of firepower at you. The music itself is as varied as the game’s graphics, with each mission typically having more than one track, bosses each have their own theme as well. 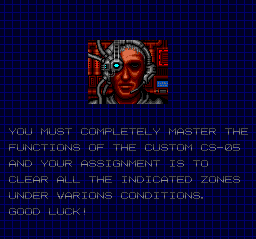 The game’s soundtrack is the work of Hiroto Saitou and Nozomu Takahashi. Hiroto Saitou also did work on Power Dolls and several other Japanese computer games prior to this. More recently, he composed several music tracks for the PS3 adventure game Folklore (2007). While Nozomu Takahashi did not have the same level of experience in the game industry, he immediately began work as a production manager for Studio Ghibli the same year Metal Stoker was released. Metal Stoker turning out so well was definitely helped by the lightning in a bottle combination of very talented people from both in and outside of the game industry.

Metal Stoker kind of got lost in the shuffle when it was released in 1991 and unfortunately remains obscure to all but the most dedicated PC Engine fans. It was never ported to another system nor was it re-released on the Wii’s Virtual Console despite the prolific listing of similar PC Engine games made available on that platform. 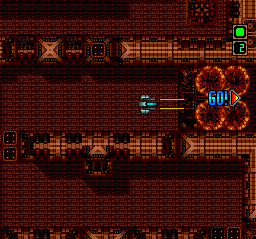 While it was quickly eclipsed on the PC Engine by ports of popular arcade shooting games, Metal Stoker holds up much better than many of them. The graphics remain colorful and variety of levels and scenery really help it stand out among the PC Engine’s other overhead shooters today.