Nippon Ichi’s Makai Kingdom combines bits and pieces from Disgaea and Phantom Brave, and tosses them in the blender to create another excellent, if somewhat disjointed game. The gridless battlefields from Phantom Brave are back, although this time you actually control your character’s movement, as opposed to clicking their destination with a cursor. You still make characters by confining them in objects, but you only do this during their initial creation, as opposed to doing it every stage. The time limit for each character, thankfully, has been completely abolished. The turn-based system from Disgaea/ La Pucelle has returned, meaning you set up all of your characters to attack before telling them to execute their actions, although the crazy combos are gone. The same equipment system has also returned, allowing you to once again equip a variety of defensive items on your characters (although you’re still drastically limited in the use of items.) There aren’t any Geo Panels or Dark Portals or other crazy bits of terrain, which is a little disappointing. 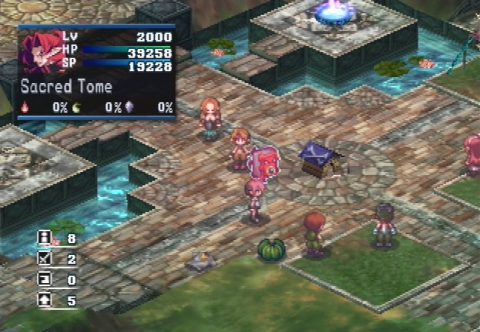 Still, there are plenty of new elements to keep things fresh. First and foremost are the buildings – you can summon hospitals, castles and other such monuments onto the battlefield. Sticking a character in one will give them a status bonus for the rest of the level – the first building you get, the Dog House, will give a 10% attack bonus, while the hospital will heal 10% HP every turn. If the building gets destroyed, say goodbye to the stat bonus. Oddly enough, you can only create new buildings by sacrificing units (the stronger the units, the better buildings you’ll have access to – you’ll definitely want to get the University ASAP, as it gives huge EXP bonuses.) Luckily, they can be reincarnated into different classes, although they start back at level 1. The arsenal has also expanded beyond the usual swords n’ sorcery, giving your characters access to rifles, bombs, vehicles (like tanks) and mecha. These new units don’t add too much to the gameplay, but seeing a Prinny piloting a mech is pretty damn amusing, and running donuts around bad guys with your motorcycle is fun too.

Makai Kingdom discards most of the drama from Phantom Brave and brings back the wacky Disgaea sense of humor, complete with characters who will most definitely remind you of Laharl and Etna. The game begins with the flame-haired Zetta attempting to steal the Sacred Tome for his own nefarious purposes. However, when the book calls him an idiot, he sets it on fire out of rage. Unaware that this action essentially destroyed his netherworld (and thus about to kill him), he confines himself into the book in order to save his own life. 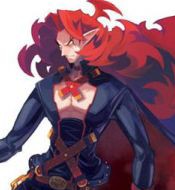 Lord Zetta is a self-proclaimed “freaking badass overlord”, despite the fact that his arrogant actions result in the destruction of his netherworld. Since he’s left his body behind, he just exists as a book floating in space. He’s ready and able to command, but unable to do much outside of barking orders. 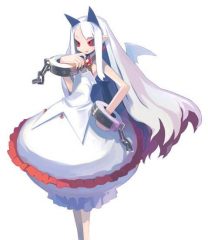 Ever the mischievous one, Pram the oracle foresaw the downfall of Lord Zetta. He seeks her help, and she is all-too-suspiciously ready to lend a helping hand. Pram is sly and sarcastic, but oh so loveable. 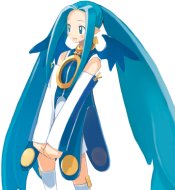 Trenia just seems like a crazy girl floating off in the middle of outer space. Naturally, there’s more to her than she gives off. 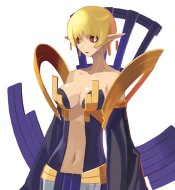 This young lady is Zetta’s lost pupil. She actually becomes pretty important to the plot. 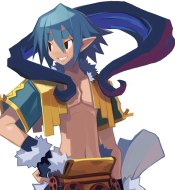 Alexander’s a total pain in the ass who’s attempted to assassinate Lord Zetta countless number of times, all of which have failed. Naturally, he’s a bit of a blowhard. 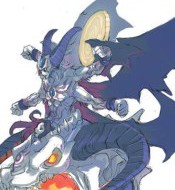 This thing may look sinister – to quote the game, “In many worlds, he’s the final boss.” – but there’s much more to it than that. Lord Valvolga really consists of three parts – a flaming skull that does little but laugh maniacally, a bitchy woman head who actually calls the shots, and a demonic torso that is, how we say, somewhat dainty. The trio almost seems to sympathize with Zetta – almost – and generally hangs around to watch as he attempts to get his netherworld back. 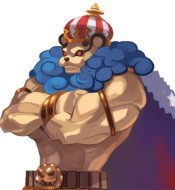 A loud, boastful, brazen, idiot of an overlord who proclaims to be king of the universe. He claims to be Zetta’s friend, but isn’t, really. 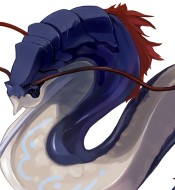 The oldest and (theoretically) wisest of the Overlords, Babylon is so ancient that he’s just turned plain stupid. 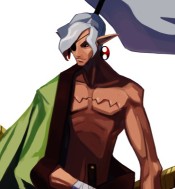 A brave overlord who was a samurai in his human life. He’s generally honorable, even though he shows up to mock Zetta’s situation. 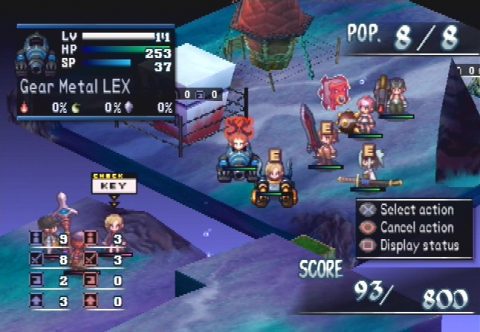 With Zetta bound to a book, there’s little he can do but conquer other netherworlds and attempt to rebuild his kingdom. Along the way, there are several gods who stop by and lend a hand. You can choose any of them to write in the Sacred Tome, which determines the type of stages and monsters that are randomly generated. It’s a colorful cast of characters, to be certain. Laharl, Etna and Flonne return as hidden characters, as well as Marona and Castille. Asagi also makes an appearance – Asagi was meant to be heroine of a Nippon Ichi title, but she keeps getting ditched for other protagonists. She becomes a running joke in later games.

The translation and voice acting are as bamusing as ever, filled with lots of slang that will cause purists to shudder (Zetta terms his archnemesis Alex an “asshat”), but provide unending amusement to everyone else. Since Makai Kingdom has, once again, an extremely charming cast of characters, it’s a little strange that we get to see so little of them. There are less cutscenes than the previous games, and they look far worse as well. Nearly all of them take place on a black starry background, without any of the portraits that made Disgaea so charming, and lacking much of the detailed animation of Phantom Brave. The only really interesting artwork are painted stills that pop up during certain stages, portraying the game’s character partaking in a variety of goofy activities. These pictures are drawn by a variety of artists, so their style differs greatly from the normal designs done by Harada. 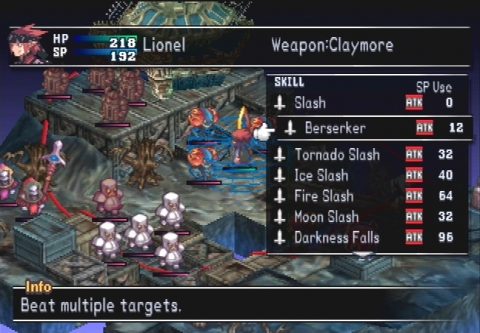 It’s weird that the game puts you at such a distance to the main characters. You don’t actually control Zetta or Pram (at least, not until New Game+.) Zetta, after all, is a book – he only appears on the field as a means to summon other characters. All of the units are played-created, and while it helps level the playing field against the uber-powerful story characters from the previous games, it separates you from the personalities that make the Nippon Ichi games enjoyable.

The only goal to win a battle is to gain enough points – once you reach that goal, you’re free to leave or continue fighting. Each stage starts off with a very small battlefield, with one of the objects labeled “Key”. Destroying this will reveal another part of the arena, which holds another “Key”, which opens up another part of the level, and so forth. As a result, many stages usually consist of several platforms linked together by small bridges. It’s a nice break from the strictly square battlefields of your typical game, but each platform usually has completely disparate textures – one part could be beach terrain, the next could be snow, and the next could be cold, grey steel. It contributes to the overall sloppy and rushed feeling of the game, a feeling which is bolstered by the random enemy placements. Sometimes you can face five enemies in a level, sometimes you’ll face fifteen – better hope you’re lucky. Despite the lackluster presentation – moreso than any other Nippon Ichi game – there’s a feeling of exuberance that spices up the game. Characters aren’t merely placed into battle, they’re sent rocketing from the space, with the huge word “INVITE” splashed onto the screen. The attack animations have been spiced up too, as characters do crazy spins and flips as they attack. You even get to throw pies. Tenpei Sato is absent for the soundtrack for this one, and the music is supplied by a huge crew of freelancers. Much like the graphics, the styles are scattered all over the place, but still exude the silliness we’ve come to expect from these games. Overall, Makai Kingdom is a fine game – its quirks, while numerous, are all minor and forgivable.

A PSP version was released in 2011, but unlike the previous Disgaea and Phantom Brave releases, it was not localized. It doesn’t seem like anything much was added to the port either.