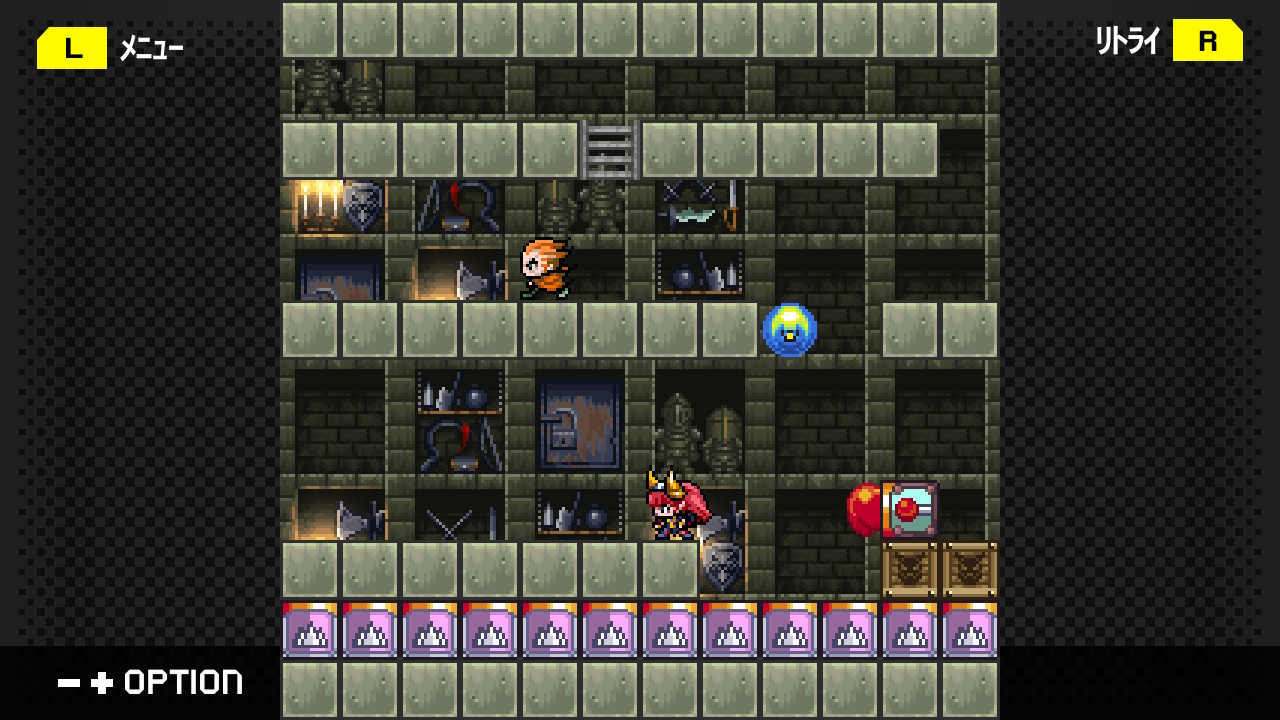 A long, long time ago, the era of 32 kb ROM cartridges, a group of RPG heroes ransacked the castle of the demon lord. Using the power of saving and reloading, they are able to beat the final boss, who then takes the form of a cutesy girl named Mephi. Expelled from her former home, she vows to get revenge on the usurpers, but not before conquering the many tricks and traps that were set up to expel intruders. 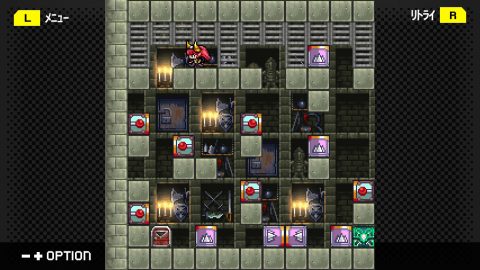 Majoukko Princess (“Demon Castle Girl Princess”, also spelled Majokko Princess) is an action-puzzle game similar to Solomon’s Key and The Tower of Babel. The stages are fairly short, with the goal typically being to get to the exit. Since Mephi’s magical powers are sealed, the only thing she can do is pick up boxes. As far as action-puzzle protagonists go, her moveset is fairly limited, since she can’t push boxes, or even jump. The best she can do is scale a single box. Many areas having moving platforms, boxing gloves that will bounce you around, and helpfully labeled boxes that shoot out spikes in the indicated direction. Occasionally there are enemies prowling around, plus every handful of stages there’s a boss fight against one of the RPG heroes that kicked you out in the first place. While these foes will try to strike the moment they catch a glimpse of you, they also aren’t very smart, and can be lured into traps or smashed on the head with falling boxes.

The game was originally developed by Ixill and released for Japanese cell phones in 2007, but was resurrected by GMode for distribution on the Switch, along with many other titles for the platform. Almost all of these are relegated to Japan, since they’re mostly RPGs, adventure games, or simulations that rely on Japanese knowledge. However, even if you need to access the Japanese eShop, it’s fairly easy to play Majoukko Princess without it, other than navigating menus. 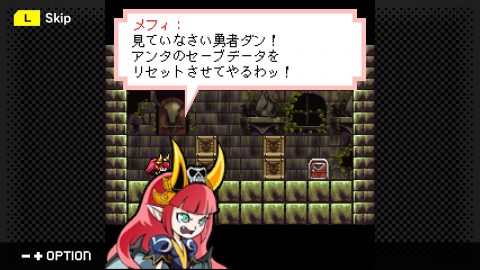 However, you do miss out of the story, which is very conscious of RPG tropes right from the very first line in the introduction, and is all quite silly. Right when beginning the first stage, Mephi swears revenge on the hero (default name: Dan) by threatening to reset his save data. There’s not a whole lot of dialogue, but what is there is highly amusing.

Since the game was developed as a cheap cellphone download, there’s not very many levels. However, this also means that the difficulty level ramps up fairly quickly, outside of the initial tutorial area. Lives are unlimited and progress is saved, but otherwise many standard functions are missing – there’s no hint function nor the ability to undo moves. Most of the levels aren’t more than a few screens in size, but it’s still very easy to make mistakes, forcing you to retry the whole stage. Some levels also have optional items to find, which will unlock some extra things, like pictures of some of Mephi’s minions on the title screen, all of which are also cutesy demon girls. 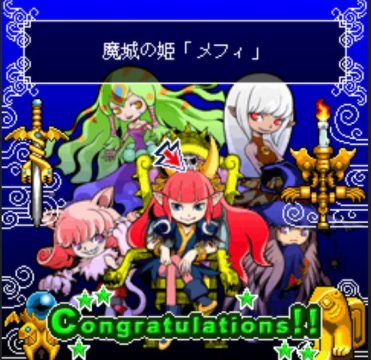 The sparse number of gimmicks and relatively simplicity make the high level of difficulty more manageable – since there are only so many actions you can take, eventually you’ll figure it out with some experimentation. Both its characters and its story are silly and charming, and fans of action-puzzle games will definitely enjoy it. Props to GMode for rescuing Majoukko Princess from Japanese mobile phone obscurity.