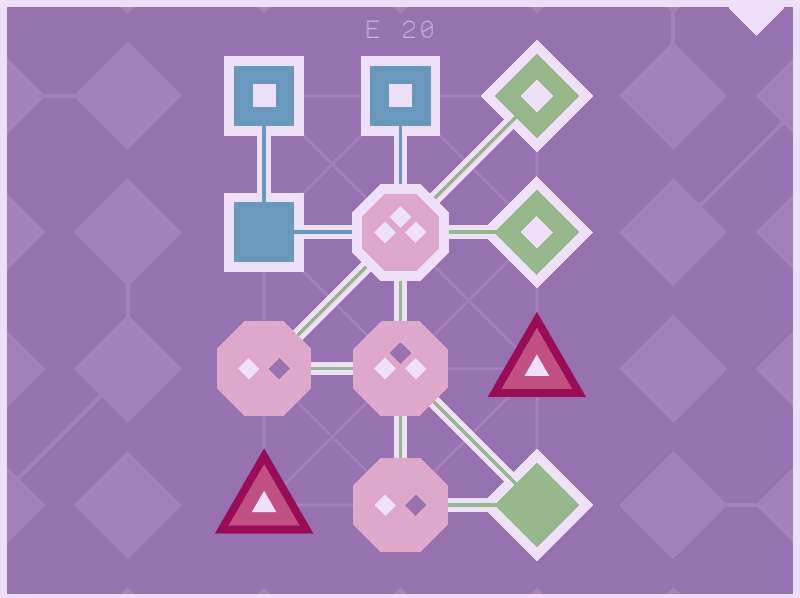 Making an addictive game is tricky, but Thomas Bowker seemed to figure out the formula with his first major release, LYNE. It’s a puzzle game with a minimalist design popular among the 2010s indie scene, but its zen style may better be described as insidious. Instead of taking notes from puzzle classics of the medium, LYNE takes pages from pen and paper puzzles like Sudoku, creating a very simple series of puzzles that constantly find new ways to frizz out your brain and keep you hooked.

The idea is as basic as it gets. You’re presented a colored field of shapes, and you have to draw lines for each set of shapes in play so that they go through all the same shapes and don’t touch other lines. There are twenty-six full sets, each with twenty-five puzzles to get through. The brilliantly evil part is how the puzzles are designed. They get increasingly more difficult, but in a far more subtle way than expected, resulting in an incredibly addictive game. 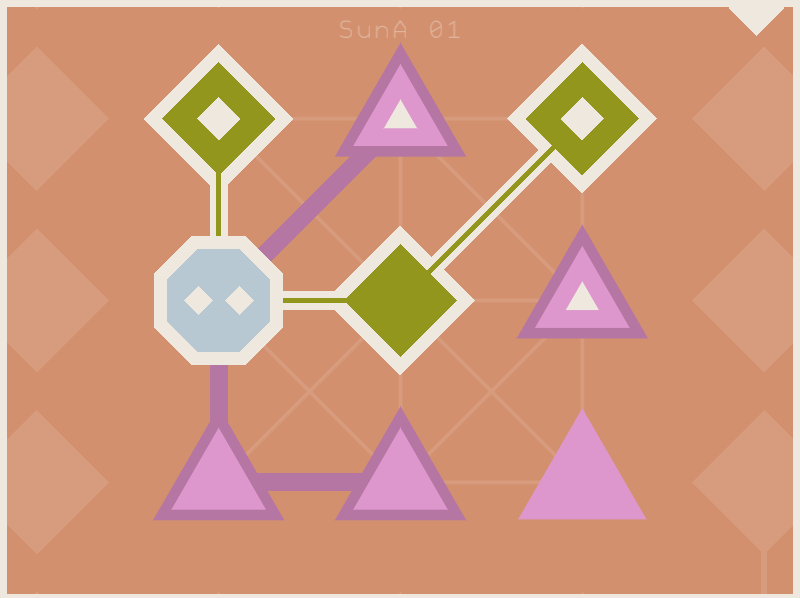 You can spend hours and hours in this gamne, and that number will only grow over the years. Much of that time will be spent just trying to figure out what was going wrong in dozens upon dozens of puzzles. Because they’re no fail state possible, the entire game becomes an addictive slog that never really loses its sense of fun. It’s challenge after challenge that never feels like its impossible, and the final four sets really test your brain to its fullest. On top of that, the game is still updated daily as of writing, with daily puzzles being released that range in difficulty in scope. They’re also necessary to unlock everything the game has to offer, such as colored skins.

The entire presentation avoids any sense of business to get that addictive quality just right. Most everything is made of shapes or stripped down fonts, while colors all contrast heavily on most every skin for easy visibility. It creates a good thinking space of sorts, where nothing can distract you from your goal and you can just lose yourself in the puzzles. It’s a more pleasing, colorful style to the black lines on white reserved for puzzle books, but it carries some of the same design concepts and uses that simplicity to great effect. 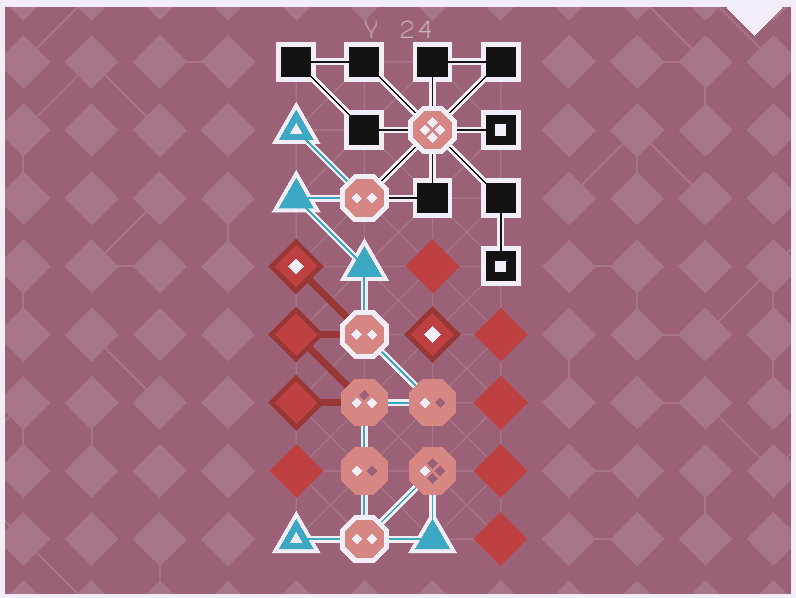 It’s a game that released for three dollars. There’s really no excuse not to at least try it. As far as puzzle games go, it’s one of the best. It captures the addictiveness of those Sudoku books, with the presentation and freedom only possible in the gaming medium. It’s a near perfect example of less being more, on par with vanilla Tetris and the original Super Mario Bros.