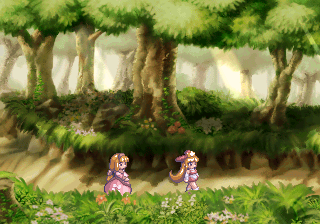 Having found her prince, Cornett and Ferdinand settle down as rulers of the Marl Kingdom. Soon after, they have their first and only daughter, Kururu (named after the beloved puppet from the first game.) Twelve years pass, and the sheltered little princess finally wants to find a knight of her own. 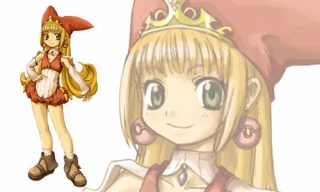 The twelve-year-old daughter of Cornett and Ferdinand, Kururu is a little bit naive and is unaware of the lives of the common folk. Though she may seem spoiled, she has a good heart. Kururu continually tries to escape from her room in the castle to explore the world outside. Her nickname is “Pumpkin Pants”, a moniker given to her by Cello at their first meeting. 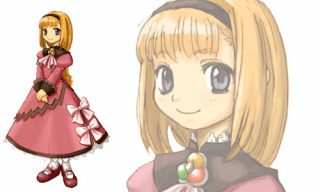 Short for “Createur”, Crea is Etoile’s daughter. The apple apparently fell quite a ways from the tree, because Crea is sweet and mild-mannered, and much more mature than her mother. However, she still carries her mom’s penchant for carrying heavy arms. 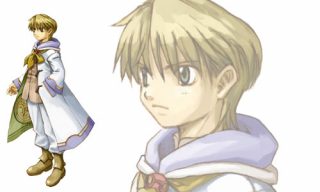 A young boy that Kururu meets in the forest, not far from where her parents first met. She believes this to be fate, but Cello just calls her a kid and tells her to scram. Needless to say, there is much tension between the two as the game goes on. He seems to be searching for a girl named Sherrie. 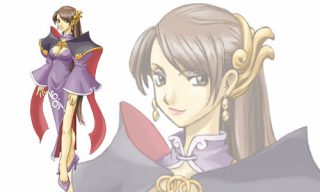 The apparent nemesis of Marjoly, Akujo is another witch who seeks to harass the Marl Kingdom. She’s just turned 1000 years old, and seeks a stone called the “Shadow of Beauty” to keep her age from affecting her looks. Much like Marjoly, she commands a trio of nitwits, along with another army of cats.

The battle system in Little Princess has been given a complete overhaul, ditching the grid-based movement in place of the more traditional “line up and fight” style. While only the human characters partake in combat, the puppets are called upon to cast magic spells. Unlike the MP system in most games, casting spells will decrease your money (in small amounts, thankfully), so you’re pretty free to use spells as you like. Once again, there are multiple difficulty levels, although the challenge is much better balanced than in Rhapsody. The 2D graphics haven’t changed much, although the musical numbers are a bit more impressive, especially since they don’t dim out the screen. Although some of the locations may feel a little bit too familiar, seeing favorite characters like Cornett and Etoile all grown up is pretty amusing. Overall, Little Princess is better paced and less brain dead than its predecessor, making for a much smoother game.

Like the original, Little Princess was re-released with a “+1” moniker. This features a bonus disc with some extra illustrations and a sound test. Unfortunately, the “PSOne Books” budget release does not come with this bonus disc.