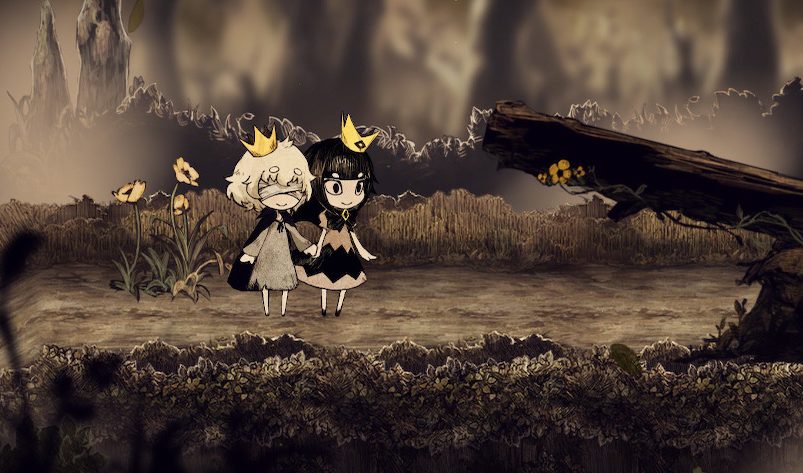 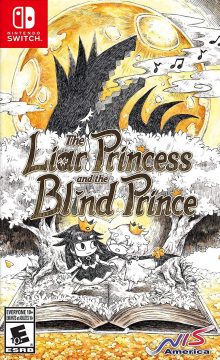 Nippon Ichi’s The Liar Princess and the Blind Prince is sort of similar to Nippon Ichi’s 2013 Vita/Windows game htoL#NiQ: The Firefly Diary, in that it’s a side-scrolling puzzle-platformer with beautifully drawn character sprites. While that game leaned towards subtle horror, The Liar Princess and the Blind Prince draws its atmosphere from dark fairy tales of yore. The game was the result of an internal game pitch contest within Nippon Ichi, where web designer Sayaka Oda supplied the concept as well as all of the illustrations and character artwork.

The game tells the story of a wolf, whose beautiful singing voice enchants the prince of a nearby kingdom. While the prince is often content to just listen to the mysterious songs, one night he begins to hunt down the source and comes a little to close. In a moment of panic, the wolf accidentally attacks and blinds him, and he’s forced into the castle dungeon to live out the rest of his days. Wracked with guilt, the wolf seeks the aid of the witch of the forest, who may be able to use her magic to restore his sight. The witch agrees, but observes that the trek from the castle to the witch’s hut is too dangerous for a regular human, let alone a blind one. The wolf doesn’t want to reveal her beastly form to the prince, so she makes a deal with the witch – after sacrificing her singing voice, she is able to transform into a human, allowing her to grab the prince’s hand and trick him into believing her to be a princess. Excitedly, she breaks the prince out of the castle jail, and leads him on a quest through the dangerous forest. 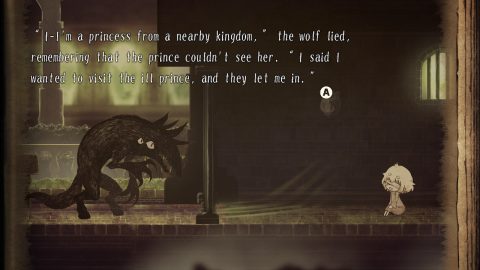 The story sequences are told via stills, with narrated text in Japanese. Every so often, there’s an interlude as the Princess constantly attempts to hide her true identity from the prince, as she protects him from the many, many dangers of the forest, in her quest to right her wrongs.

The player controls the Princess, who leads the blind Prince around by holding their hand. In human form, the Princess is rather frail, with limited jumping abilities and no real defense, but in shifting into wolf form, she can jump much higher, take longer falls, and can easily make short work of nearly any foe with her claws. Conversely, as a creature of the night, she’s also scared of flames, so it’s up to the Prince to carry lanterns, which can be lit and carried around to ward off weaker foes and safely explore darker eras. The Prince will stay still on his own, though he can be commanded to walk in either direction or pick up objects. If he gets attacked or falls too far, then he perishes, sending you back to an earlier checkpoint. In other words, it’s basically like a 2D version of Ico, just with the genders swapped. 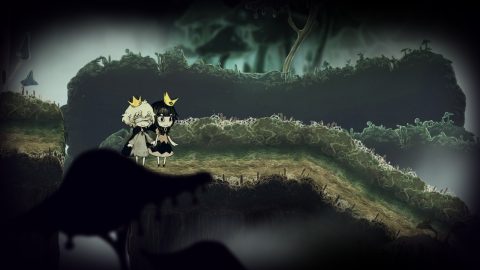 Most of the puzzles are fairly straightforward to solve, revolving around creating safe passages for the Prince, hitting switches to raise platforms, or moving blocks around. The only truly difficult one is revolves around interpreting numerical clues from short written passages, which is so obtuse that the game happily lets you walk right past it. But otherwise, there’s nothing here that will stump much of anyone for too long. There’s even an option to skip stage after a certain amount of time has passed. Each stage has a subgoal to find floating leaves, which will unlock illustrations; some have a single flower that you can give the Prince, which unlocks written parts of a written story to explain the history of the kingdom and the witch.

This is where the game ultimately stumbles compared to other, similar games. Ico, primarily, benefits from existing in the third dimension, allowing for much more complex level designs, while games like The Lost Vikings work because of the wide variety of skills each of the characters possess. Here, there are so few actions that the Princess can undertake, and even less for the Prince, that everything just feels remarkably simple. Interesting mechanics are occasionally introduced – for example, rays of moonlight will forcibly cause the Princess to revert to wolf form – but after being used for a brief puzzle or two, they aren’t really revisited, as if the designers couldn’t think of anything really thoughtful to do with them. 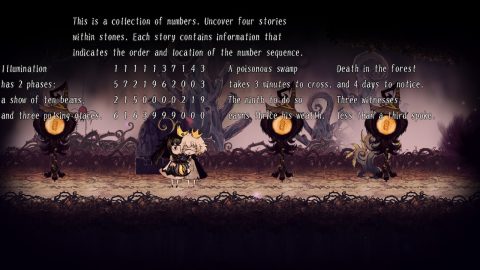 Combat is inconsequential because the wolf is almost invincible, and platforming tends to be awkward since most of the game is spent dragging the prince along. This is rarely an actual problem, since platforming also isn’t really the focus, but there are a few occasions where you’re trying to jump on mushrooms, which softens falls and allows you to survive, but one of your character misses and ends up getting themselves killed. There are a few instances the Prince and Princess are split up and you need to coax him from a distance across obstacles, which is a little annoying since he takes a second or two to react.

However, the game still thrives in no small part thanks to its ridiculously charming character design and animation. Both the Princess and Prince are immediately appealing, drawn in pencil-like sketches, with great emotions told in just the smallest touches. When separate, their faces are in a neutral, slightly frowny expression, but join hands and they both put on the tiniest of smiles. When transforming out of her wolf form, the Princess can briefly be seen holding her head in pain, a reminder of the cursed spell that gave her ability in the first place. If the Prince dies, she falls to her knees and cries, before the screen fades out and the level reloads. 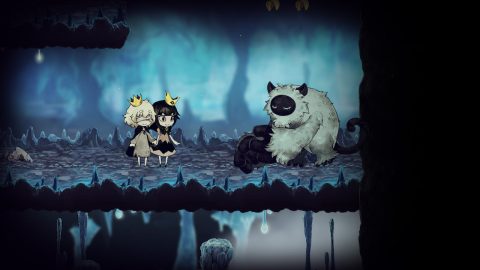 The monsters have their own strange allures, too. The wolf’s design is a little strange since she’s always shown with her eyes on one side, positioning to the side of her mouth, giving it an unnatural feeling. Other creatures are referred to as goats and moles in the text, but don’t look anything like how they do in reality, with the former being something like large walking bears with gigantic mouths and the latter being more like birds. But they also help to create a distinct world, which walks the very fairy-tale like balance between being both endearing and threatening.

The Liar Princess and the Blind Prince suffers from the same issue as a lot of older adventure games. It exists primarily to tell a story, but struggles to create a game around it. And what it has crafted is generally agreeable, but not exactly all that engrossing. While putting the player in control of the characters allows for them to become more emotionally invested in duo than if you were just reading about them in a book, they tend to feel like interludes between the actual bits of storytelling. 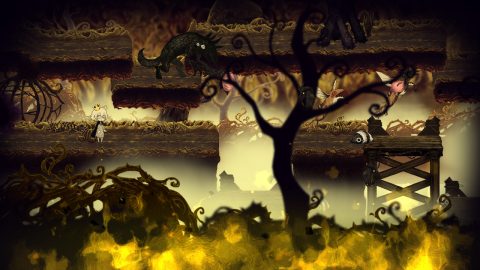 Its short length is proves to be both its greatest strength and its biggest weakness. In taking maybe three or four hours to complete, it rarely drags on, but at the same time, it feels like its mechanics are underutilized, and ultimately the actual adventure feels inconsequential. However, it’s hard not to become beguiled by its charms in spite of itself.