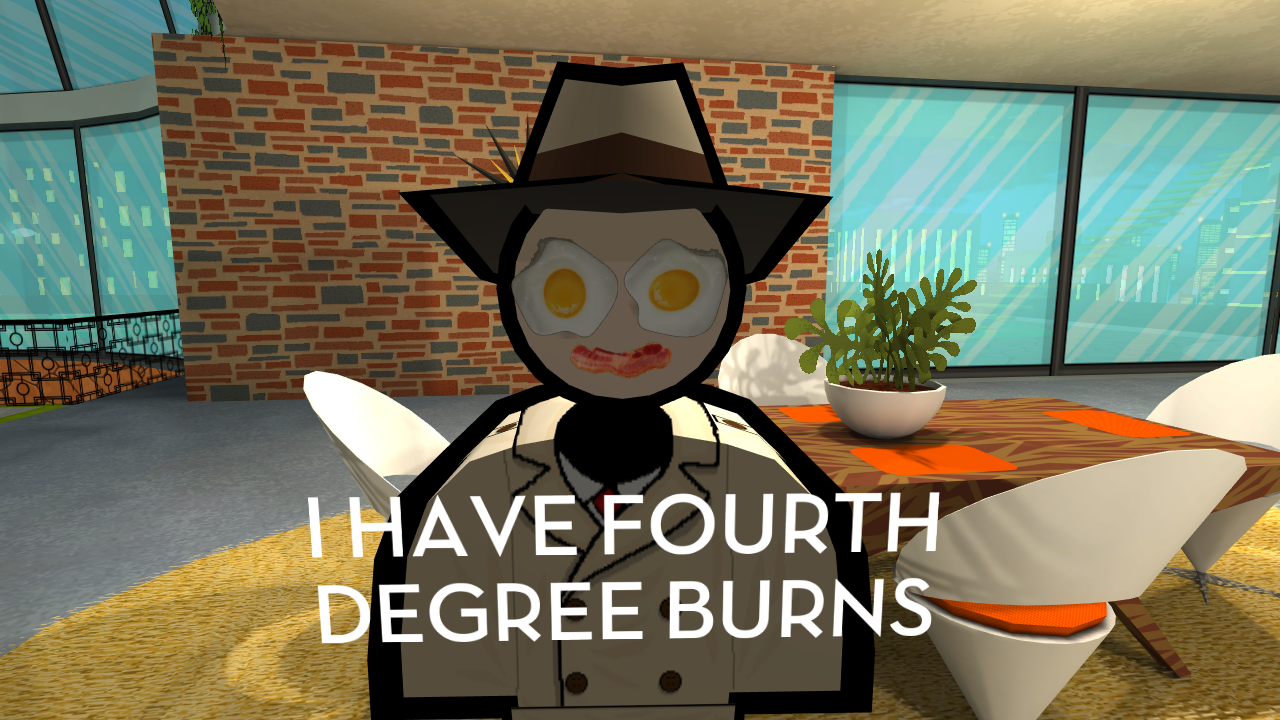 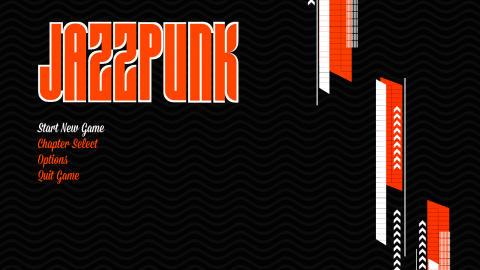 Humor, as a form of art, is subjective. Everyone has different tastes in comedy, but there are still times when a large majority can agree that something is funny or unfunny. Blazing Saddles, most agree this is funny. Nowadays, most also agree that Adam Sandler movies are black holes where humor goes to suffocate. But often, we’ll find comedies that nobody can really come to an agreed consensus about. Gaming has its fair share of such games, with one of the more recent entries of note in the comedy game sub-genre being Jazzpunk. It’s an absolutely baffling game in many, many ways, but it’s biggest problem is that it’s not baffling enough.

Let’s explain this with a parallel. There was once this infamously terrible movie called Freddy Got Fingered, a star vehicle for Tom Green that was once known as one of the single worst films ever created. It was loathed and panned until a few years ago, where critics started looking back and found it bizarrely brilliant. They compared it to dada, and art movement from around the time of WWI that based itself in absurdity so heavily that it made absolutely no sense, rejecting the reality sold by the wider culture as a sham attempt to make sense of a world that had no logic to it (in response to the absurd nature of the great war). However, there has also been debate if that comparison is accurate, as the film does have proper structure and cliches mixed with it’s completely inexplicable absurdity. 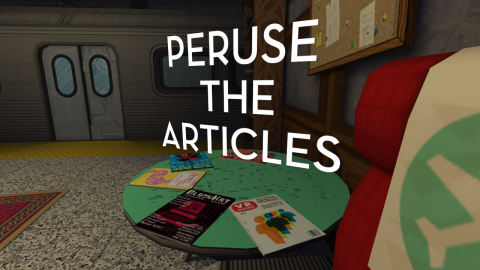 Jazzpunk exists in sort of that same situation. It’s certainly not regarded as one of the worst games ever made (press was very positive about it), but there’s clearly a similar divide in the type of humor it wants to engage with. The game starts with no rhyme or reason, as you see someone smuggled into Brazil (which is now run by the Japanese) via airport luggage and a pop art intro playing out with simple contrasting colors and shapes that doesn’t really explain much of anything. From there, you go to work at some sort of spy agency (which is near a living box that doesn’t want to talk to you), take drugs given to you by your chief whom leaves the scene walking down stairs when he really just drunk himself under the desk, and then find yourself infiltrating a Russian embassy for secret weapon plans. Also, you can go off the trail for a bit to play a minigame hidden in a pizza box computer owned by a homeless man where you fight living pizza and enter a cabin that reenacts the laughing scene from Evil Dead II, or play with the fire and ice alarms in the embassy. Yes, ice alarm. It causes fire to spray out from the ceiling.

Absolutely nothing about this game makes sense within the first two missions, and it’s fantastic. It’s unclear if these first two parts can be considered parody, because that would require some sort of target to make comedy from. It’s just pure, unbridled madness, as the game breaks established conventions in ways that go far beyond the pail, all while shoving bizarre characters in your face. After all, the first mission area includes a mysterious man in a trench-coat who tells you to believe in yourself. What? For the Russian embassy infiltration and cybernetic liver missions, the game is aces. It’s dada art around that point, though it’s more accurate to just call it absurdity for the same of absurdity, and there are some really clever bits mixed in there. The best is probably one surprisingly dramatic moment where a squad of men in trench-coats are waiting across the street for you and floating font appears before you telling you to get away, as usual.

And then you try walking through said font, only for it to shatter and everyone to turn in your direction in response to the sound. 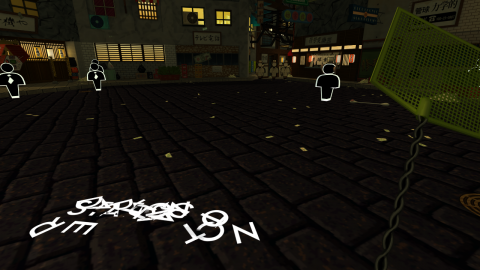 Unfortunately, these moments become rare after these segments. The game starts giving itself a proper structure, introducing an antagonist to create some sort of story to end the game with, while also putting the stranger moments even more to the side. The humor becomes more more pedestrian by this point, including a man getting a dart in his crotch, and lacks that same punchy energy from before.

This is partly because of how many of these moments require the player to go out of their way to make them happen. There’s no massive laughs to be found in the main story anymore, just mild and predictable amusement, so the player has to search them out. What this means is that you’re no longer being played with by the game, but doing extra leg work to find the good jokes. This is where the humor starts falling apart, because a lot of the humor before came from just how much the game would play around with your expectations as a player. However, by the first hour mark, the game is halfway over and the same old tricks become stale. It’s like the staff just ran out of steam and padded out the rest with some really simple gags (though the pillow fight is pretty great). 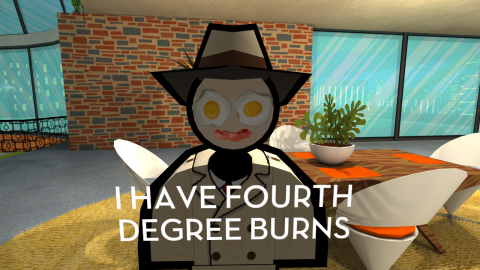 With the element of surprise lost, the game just isn’t that entertaining anymore. This is especially unfortunate because the entire game exists to deliver its humor. There is no complicated puzzles or thrilling combat, just moving from simple task to simple tasks as you take in the game’s lunacy. When your comedy game can’t rely on comedy anymore, it becomes a waste of time. Thankfully, the game can be beat within two hours easily, and there are still some good gags here and there before the credits roll. Maybe if the game stayed away from any semblance of a narrative it would have been better for it.

It’s a shame, because there’s a lot more to like here. The art style is striking and creative, especially in how the human and machine characters blend the line between real and unreal, creating an almost threatening comedic world where you don’t understand the logic everyone else is living by. If things went in a different direction, the game could have been a brilliant cyberpunk story that could have used its ridiculous humor to discuss themes of human perception and the nature of reality in a wholly original way, but it never comes to pass. The creators were originally planning this game to be a much more serious adventure, so it’d be interesting to see what that would have been like. 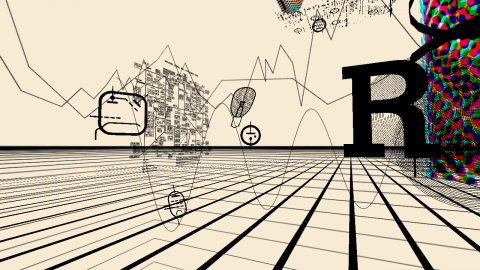 As it is, Jazzpunk is an interesting mess, and also disappointing because it’s not as messy as it could have been. It’s great that it exists to inspire other developers to try something similar one day, but it just doesn’t come through on its early brilliance by the time it wraps up. It’s sort of like The Stanley Parable but without a clear sense of direction, showing signs of genius but the inability to express that genius. It’s also appropriate that [adult swim] Games acted as the publishers, as so much of their original shows relied on borderline dada humor as well. Still, Jazzpunk has a ways to go before they can stand on the same pedestal as the likes of 12 oz Mouse and Aqua Teen Hunger Force.