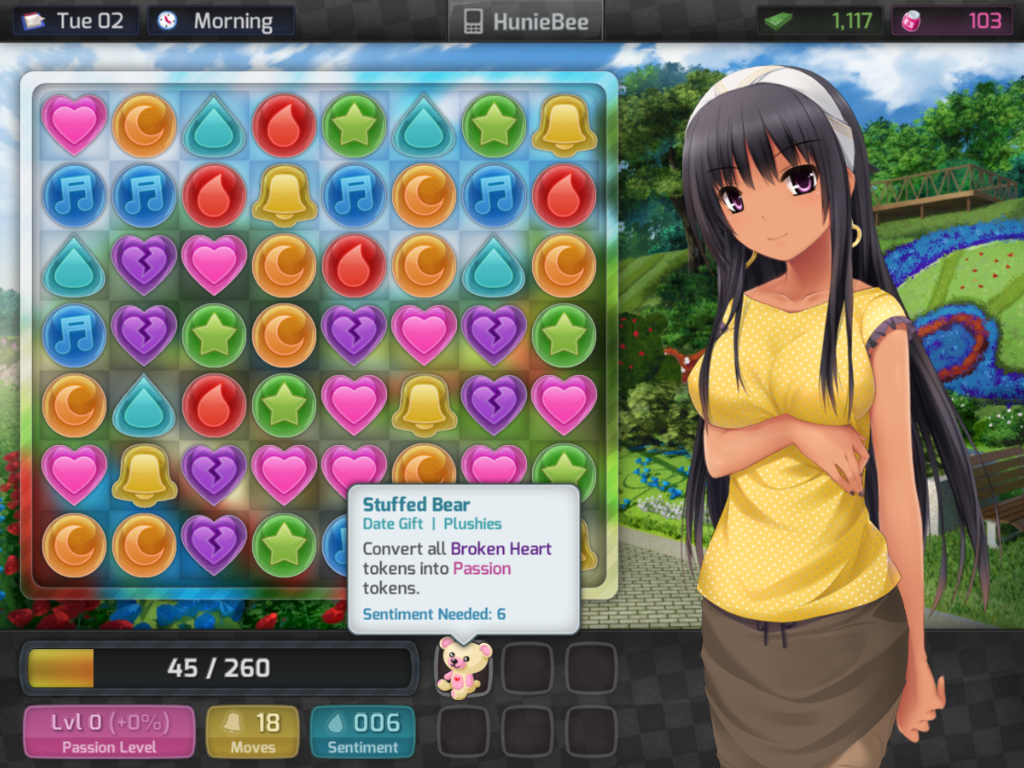 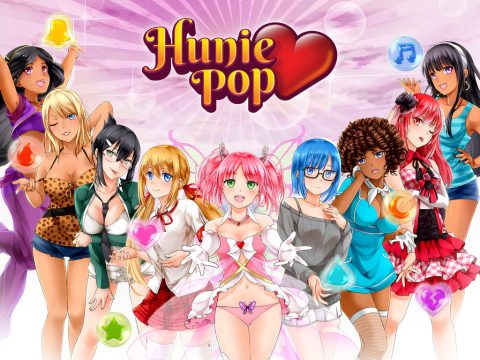 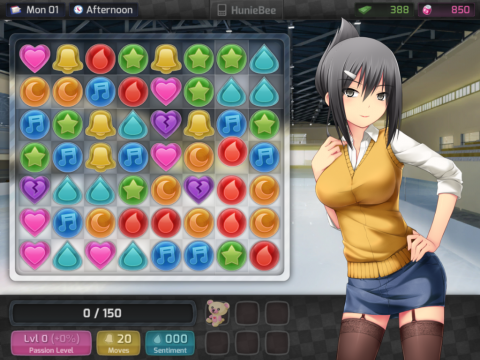 HuniePop can most bluntly be described as “Bejeweled with tits”. There’s more there, but that description really gets to the heart of the matter. It’s a dating sim where you play as a social reject (whose gender you can choose) trained by the love fairy Kyu to be a real pro at picking up girls. Said girls are… 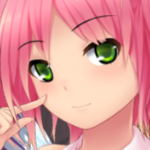 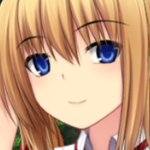 Tiffany – A college going cheerleader you meet at the local campus. She’s a diligent student that likes a little flirting, but doesn’t have patience for jerks. 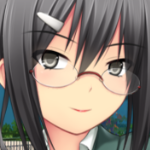 Aiko – A teacher at the local university and a generally very tired woman regretting her life choices. She mainly wants someone who can make her laugh and isn’t too shy about sex. 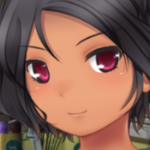 Beli – A yoga instructor at the local gym. She’s very attuned to nature and a kind woman, wanting someone sensitive and open to spirituality. 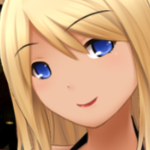 Jessie – An adult actress with a massive sexual appetite looking for someone who can satisfy her. She’s also a mother, but she’s become estranged to her daughter, whom she truly does care for. 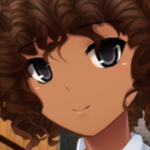 Lola – A stewardess with a sense of adventure and a free spirit. She wants someone not afraid to meet life’s challenges head on. 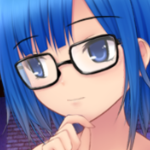 Nikki – An introverted gamer who hates being around people and her more obnoxious friends. She wants an honest person who doesn’t drag her to places she doesn’t want to be near. 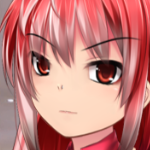 Audrey – Easily the worst person in the cast after Kyu. She’s a spoiled, mean-spirited brat with a bad smoking habit that loves to party, though a lot of it may be an act. Oddly refreshing presence in how openly awful she is. 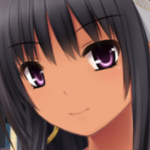 Kyanna – A hairdresser and workout enthusiast. She’s also a single mom and just wants someone she can have fun with that doesn’t pressure her into things (as that went poorly previously). 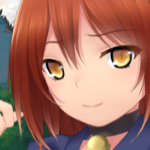 Momo – A catgirl you can meet by throwing out a bag of goldfish in any of the outside areas of the game. She’s obsessed with you and more catlike that anything else. Also, very dim. 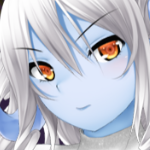 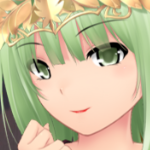 Venus – The final boss, she appears once you’ve finished the routes with all other girls. She’s the goddess of love and wants a partner that can truly satisfy her, an egotist and hedonist that constantly tests you with questions about the other girls.

The game is divided into two main parts. First are the town segments, where you use a special phone Kyu gave you to meet with the various women in town. You can talk to them to earn “hunie” (effectively experience to build up stats for dates), give them presents to also try and earn new outfits and hairstyles, give them food to continue with conversation, and one other thing I’ll save for later. 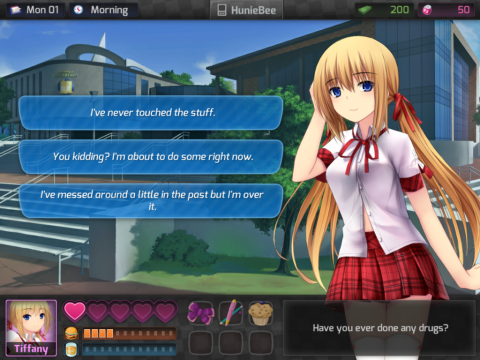 The other half and most of the game are the date segments, where you have to solve token puzzles. You need to match tokens by three or more in a row, and you gain points doing so. Get enough, and your date is a success, though you have a limited number of moves. You also have heartbreak tokens that take points away when matched, bell-shaped joy tokens that can give an extra move, sentiment tokens that let you use date gifts to activate various abilities, and passion tokens that increase a point multiplier. On top of that, every girl has a particular token type they respond to most, like Aiko scores higher with sexuality and little with talent. At the end of the date, successful or not, all the points you earned are gathered up, and you’re awarded “munie” (this game’s currency) based on your performance. Every girl also has a five heart meter that fills with each successful date, and if you have a good date at four or five hearts, you can have an extra round at your home where you have unlimited moves and have to keep making matches to build up their pleasure and max it out as it constantly goes down. 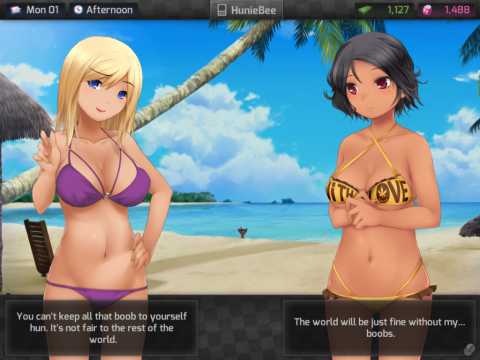 The puzzle mechanics are remarkably well designed. It’s carefully calculated so you never run out of possible moves, so it’s far more fair than most randomized puzzle games. However, there’s always give and take in these puzzles, so you need to carefully read the board for the best possible moves at the moment and keep in mind a bad token may drop in the wrong spot if you’re not careful. These puzzle segments are so fast that they quickly become addicting. The simplicity of the conversations, puzzles, and gifting all make the game easy to float through, especially with the ton of dialog branches and characters. 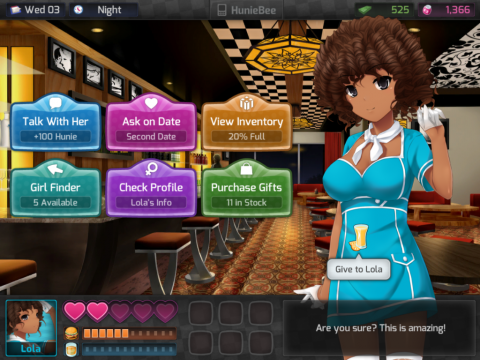 The user interface is also very simple and intuitive, giving you all the info you need right off the bat. There’s no trying to figure out what girl likes what here, because it’s already written down. The focus is on the puzzles, the other parts are there to build up experience for new skills in said puzzles. For example, you can only get date gifts by giving girls the gifts they want the most. Doing so nets you a random date gift you can then equip for date puzzles. There’s little fat to cut from the meat, up until Venus appears and you are still restricted to the calendar and day segment system. Lots of going through segments of the day to get to the next date with her. 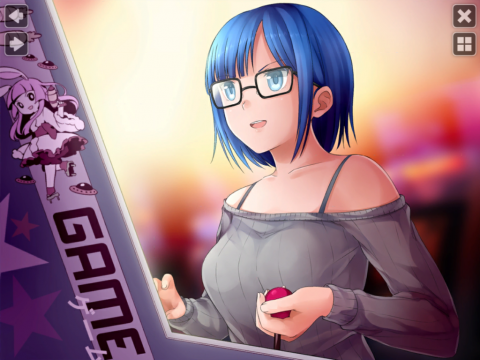 Even the thing that got the game so much attention, the sexual content, is well handled, and the CG art team does great work. It is true these segments were cut in the Steam version …except they weren’t. The developers coded that version in a way to allow an extremely simplistic patch, openly distributed by them on the Steam forums to boot, to open access to all that said content. It’s a clever work around to Steam’s then almost draconian views on sexual content. Credit to where credit is due. It helps the characters are all genuinely likable, and the openness with the indulgent nature of the game is a nice change of pace for these sorts of games. You’re being manipulative, and the game isn’t hiding it. It is what it is.

So, all this sounds okay, right? A lightly cute, slightly crude little dating sim with a puzzle twist and a surprising level of additive gameplay. That’s great, but then there’s HuniePop‘s single worst aspect: the script.

HuniePop does not start off on a good note, assaulting you with dialog that ranges from painfully dated (and this came out in 2015!) internet lingo, to obnoxious cursing and casual racism and misogyny. Even by porn game standards, this is unpleasant, and while this mostly stops after all the main cast are introduced, Kyu continues to speak like a flood of 4channers started typing random offensive things in a stream chat and it all got juiced into a few lines. There’s even an “Alpha” mode, referring to a very toxic ideal of masculinity relating to sexual conquest and domination of women passed around the “men’s rights activists” community. There’s also the drinking mechanic, where you can make dates easier by getting girls drunk, thus making drop their guard and more attracted to you at start with added sentiment. Which is, yes, pretty rapey. 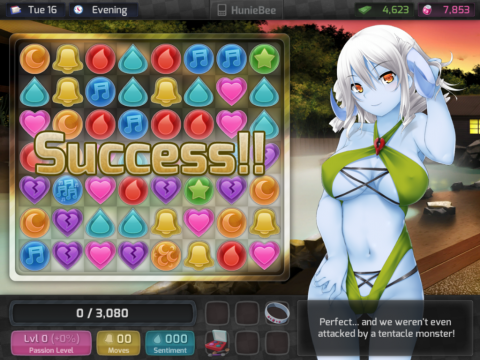 The game is openly proud of all these vile elements, which shows a shocking lack of self awareness. On the development blog, the writer defended the overwhelming use of vulgar language by calling it realistic, suggesting that the writers doesn’t have many conversations with anyone outside Chan board culture. Being sleazy is one thing, but taking so many ideas and words from people with open hatred or just uncontrolled objectifying lust for women is a huge turn off. Can’t forget the casual racism as well (yes Kyu, the black girl is hot, please don’t refer to her as “chocolate”). 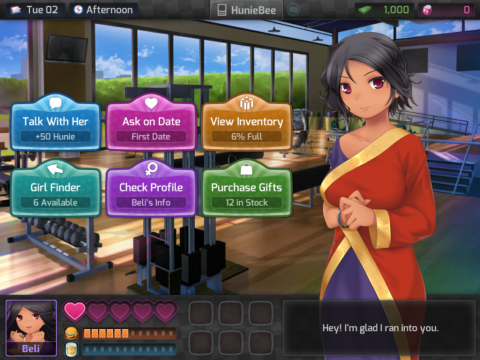 These qualities are why HuniePop remains a debated, heated topic to this day. It’s even more frustrating because the script has a lot of unexpected detail, like subtle cues from each character on their true feelings and worries, along with subplots that sadly never get explored about estranged relationships. All the girls are also treated as characters properly, and most are genuinely likable, or at least fun to hang around with. Despite all its nasty language and almost nihilistic attitudes of the developers relating to how other people see them (they do the smug “they’re just uptight” thing a lot), the game actually managed to turn stock stereotypes into empathetic characters. 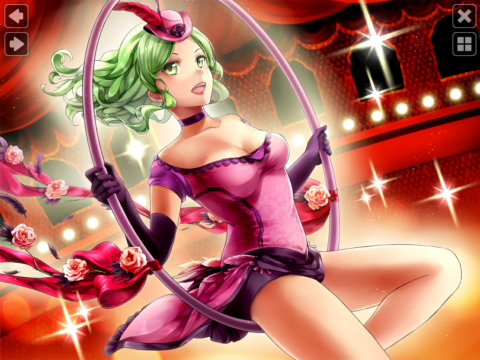 HuniePop is the absolute definition of a guilty pleasure. It drenches itself in everything wrong with gaming culture in the mid 2010s, yet still manages to be something special despite itself. Time will tell how much it will date itself, though, and the vocabulary it throws out is bound to turn off many away from the intro alone, and understandably so. If the developers would just grow out of the heavy Chan influence a bit, HuniePop would easily be a smutty jewel.

In other words, more developing characters, less fairies talking about having “yellow fever” and giving the only Hispanic girl maracas and a sombrero to get in her pants.