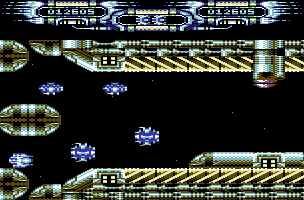 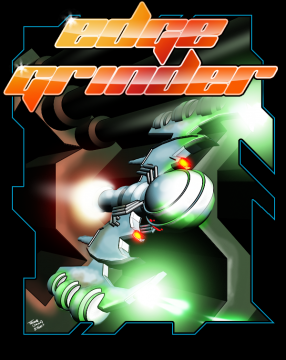 Edge Grinder is a game were you grind along edges. Well, technically it’s a horizontally scrolling shoot-em-up, with lots of alien enemies to shoot at while roaming through a corridor in space. To get that sweet high score, however, the ship has to fly as close as possible along the floor or ceiling – being there keeps the score display counting up constantly. That’s almost more rewarding than shooting the enemies (and often offers a good way to dodge them if necessary), since you got only one weapon with no upgrade capabilities at your disposal, and most aliens take a fair amount of abuse before detonating.

As everyone knows, in space they do so without making a sound – although with the Commodore 64 that is much more out of technological convenience than any consideration of the physical realities. The game has no sound effects at all, but a cool SID chiptune. Together with the slightly metallic looking graphics Commodore’s 8-bit box was famous for, Edge Grinder takes you right back to the late 1980s. 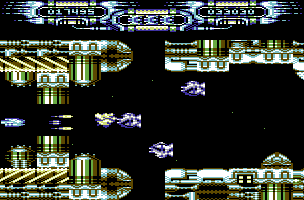 As a product of the lively C64 coder scene, Edge Grinder is freely available for download. RGCD is also offering a fancy boxed cartridge that flashes multicolored LEDs while playing, but aside from the novelty value it’s hard to justify shelling out the 20 British pounds if you’re not a C64 fanatic. Edge Grinder is an extremely short game, in fact it consists only of one single stage with no boss, and can be played to the end in less than five minutes. The game is just meant as a nice little score attack challenge, owning a cartridge that glows in the dark is overkill.

Although originally made for the Commodore 64, Edge Grinder was soon ported to the Amstrad CPC as part of the Format War Collabortition (an odd portmanteau of collaboration and competition), which meant to promote cross-platform ports between several 8-bit computers, but Edge Grinder appears to be the only result of that project. The CPC version is very faithful to the original, and even retains the fluid scrolling and a decent rendition of the music – quite a feat on a platform that’s infamous for its many weak ports. For some reason the score display has been moved to the bottom of the screen, and the graphics are a bit more colorful than on the C64.

Only the Amstrad CPC later received an upgraded version called Super Edge Grinder. This release featured entirely new graphics (especially the HUD looks very slick) and modified music. But most importantly, at the end of the still sole level now awaits a huge boss. It looks like the gargantuan mouth of a disgusting Giger-esque alien creature, and actually is a pretty innovative way to hone the original game’s concept: It spits out more edges for you to grind and accumulate even higher scores. The actual target is a small cannon at its rear part, though, which keeps hovering up and down while shooting at your ship. 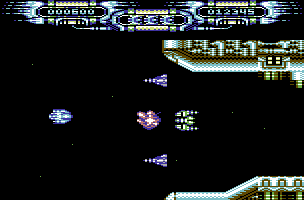 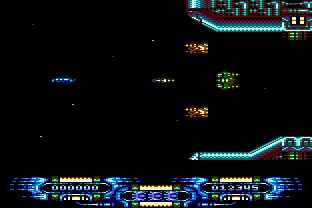 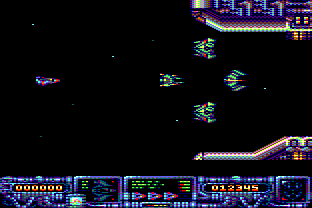