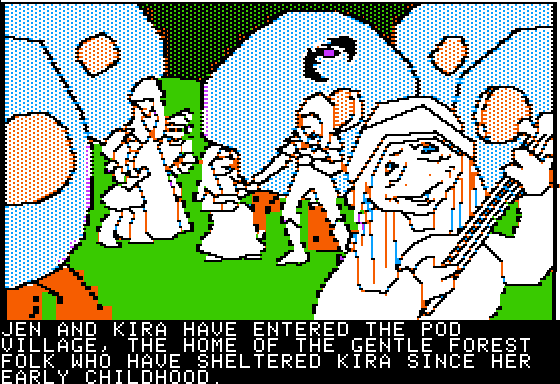 1981 was quite the year for Jim Henson. Fresh off directing The Great Muppet Caper, Henson decided to push the boundaries of what Muppets could do with The Dark Crystal, a dark fantasy feature inspired by the whimsical paintings of Brian Froud. Co-directing the flick with his colleague Frank Oz, Henson shot a weird fantasy movie that plays like a stoner silent film. In spite of being light on plot and heavy on mood, The Dark Crystal terrified and delighted adults and children alike. 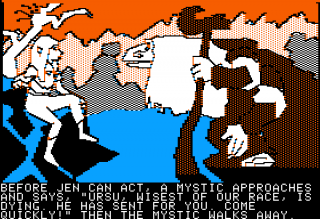 Over at Sierra On-Line Inc, game designer and Sierra co-founder Roberta Williams needed a hit. Her last game, Time Zone, failed to please critics and gamers alike with its large quest and $99 price point. Wanting to work on a shorter project, Williams jumped at the chance to adapt The Dark Crystal into a text adventure game with graphics. A literal, if short, translation of its source material, The Dark Crystal (the sixth and final game in their Hi-Res Adventure series) lets gamers play the movie with graphics that have quite a bit more character than their usual fodder (Mystery House, The Wizard and the Princess).

You play as Jen the Gelfling, the same hero as in the movie. In short order, players discover they are the chosen one and have to travel through the dangerous wilds of Thra to retrieve the crystal shard that will save the world. Pretty close to a shot by shot remake of the movie in game form, this game is lacking the exploration typical of Roberta Williams’ adventures. Death strikes often if you don’t keep advancing to the next screen. 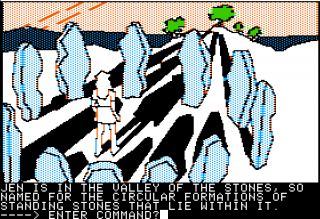 One area where The Dark Crystal does stand out is its graphics by Jim Mahon. Although limited by the color palette, the movie’s cute and monstrous creatures are recognizable. Screens are never cluttered with too many objects. Mahon’s digital illustrations allow gamers to see Brian Froud’s character designs through a minimalist lens, and they are a delight. The Japanese-only release published by Starcraft for the FM-7, the PC-88, and PC-98 added more colors to the original graphics in a tasteful way; the Atari 8-bit port looks quite similar to the Japanese releases with slightly different colors. 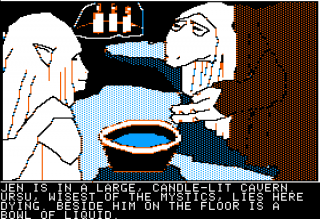 A few decades later, a web only abridged remake with 16-bit style graphics was released on the official Dark Crystal website to tie in with the Netflix prequel series The Dark Crystal: Age of Resistance; sadly, the Netflix show was cancelled after one sterling season. Its interface is a bit of a compromise. You have a text parser, but are nudged to type in one of two commands; most of these are LOOK or WALK. It’s a simple, if bite-sized, way to experience the game. 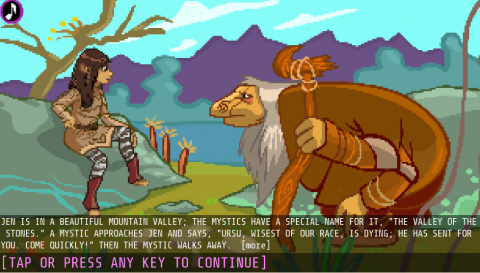 Games based on movies often have a wretched reputation. By this metric, The Dark Crystal does better than most. It feels like the film, doesn’t overstay its welcome, and features what feels like a better text parser than the earlier Hi-Res Adventure games. It’s a fun way to spend an afternoon for adventure game and Muppet enthusiasts alike. 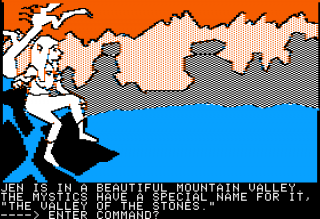 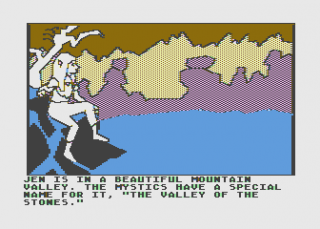 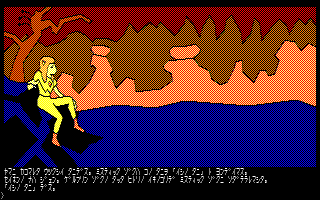