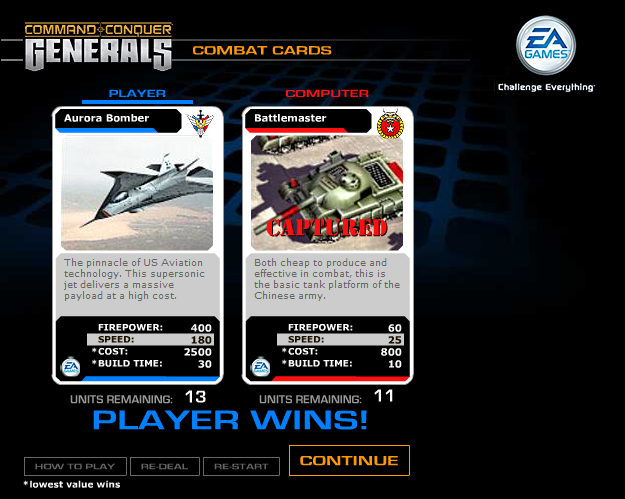 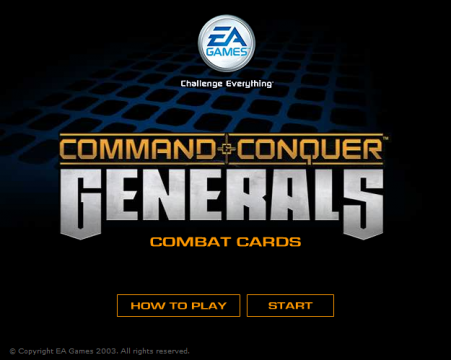 Combat Cards is for the most part a clone of the classic card game Top Trumps. Like some of the original Top Trumps decks, it features military hardware, or more specific, units lifted right from Command & Conquer: Generals. Each unit has four statistics: firepower, speed, cost, and build time. Both players shuffle they deck, draw the top card, and pick an attribute. However has the better value – high in case of firepower and speed, low in case of cost and build time – wins the round and gains the opponents card. However runs out of cards first, loses. 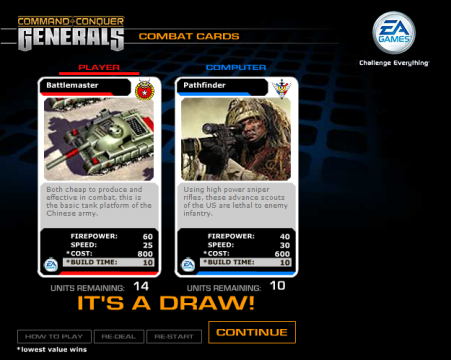 The three deck featured are based on the three factions from the original Generals: the United States, the People’s Republic of China, and the Global Liberation Army. Each deck has twelve cards. The statistics are more or less lifted straight from the game, and are not particularly balanced. Furthermore, Combat Cards can only be played against the AI, which appears to pick statistics somewhat randomly.  The result is a game that is almost impossible to lose for a human player. Even those not familiar with Generals will have no trouble figuring out that the massive Overlord tank is probably slow but powerful, where the rocket buggy is fast but fragile.

Customization is virtually absent; player cannot even chose the deck they want to play against. That said, Command & Conquer: Generals: Combat Cards is a little promotional card game, not the title that was supposed to take the Command & Conquer franchise into the next generation of gaming. For what it is, it is a neat little game with a surprising amount of charm.