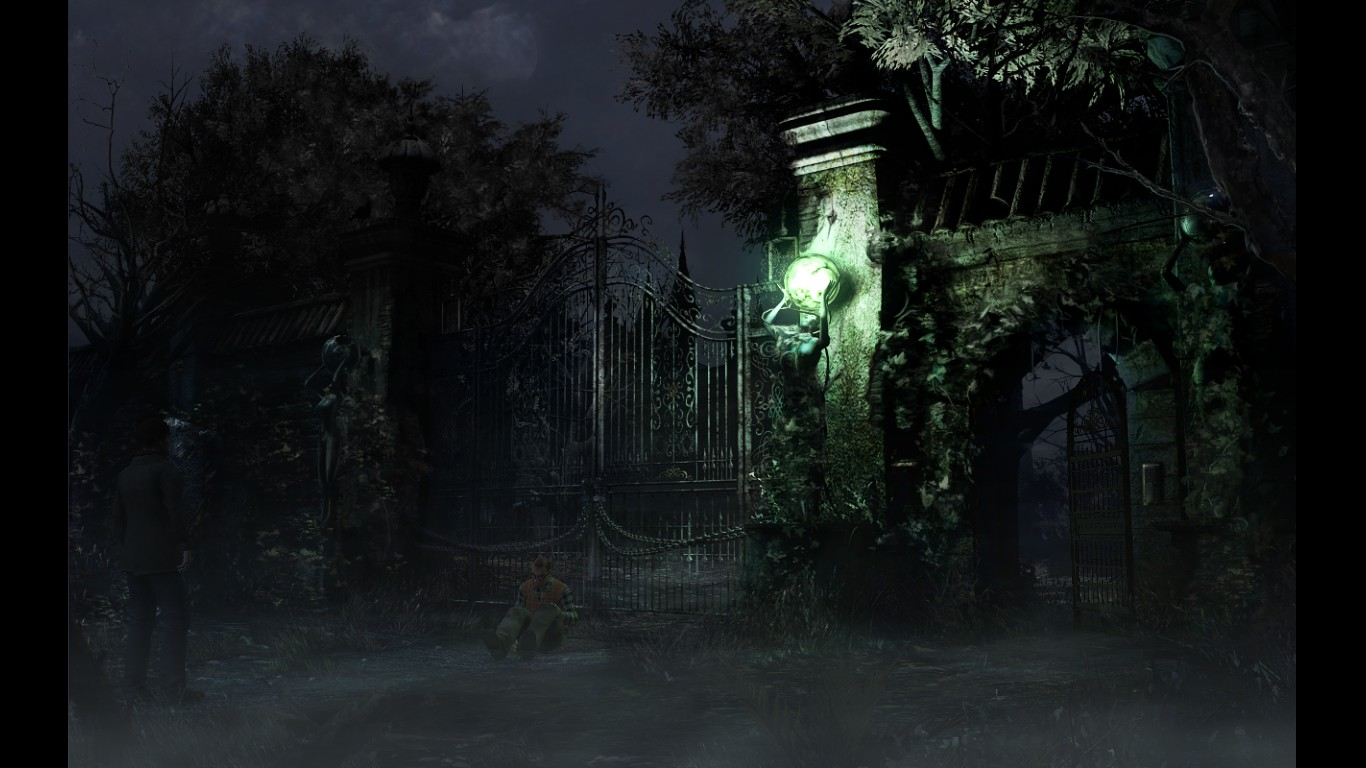 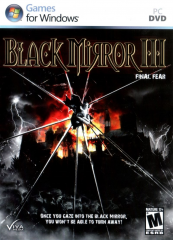 There isn’t much to say about Black Mirror 3: Final Fear that wasn’t already mentioned in the last article. A direct continuation almost to the minute from where its predecessor ends, the conclusion to the trilogy has the same engine, the same graphics, and largely the same quality of puzzles and exploration as the second. The only major difference is that there’s more horror this time around. Since you hang around Willow Creek the entire game, it re-establishes the Gothic and folk horror elements of the original from the start, instead of halfway through like the second game.

Another key difference is the pacing. While Black Mirror 2 plodded along until it ramped up the story and the tension in the second half, Black Mirror 3 does the opposite. The plot moves much faster at first, but about the time you hit the final act, everything takes much longer to get through. A lot of dialogue is deployed to explain very little for one thing. 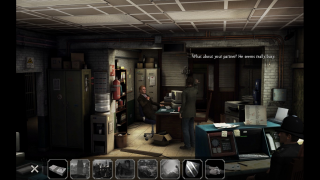 A contemporaneous review from Adventure Gamer backs up this assessment:

“Leading up to the climax, a barrage of explanations about souls and curses are thrown at you in abundance,” critic Merlina McGovern wrote. “If the developers had spread this exposition throughout the game, it wouldn’t have felt so overwhelming all at once.”

Added to this overbearing exposition, the game puts your through a lot of intensive puzzles toward the end without much space between them. Nor is there much plot backing them up to make them feel important. It’s an adventure game so we know that things aren’t ever going to be a roller coaster ride. But there are good and bad ways to approach a slow pace. For example, 999: Nine Hours, Nine Persons, Nine Doors has a climactic sudoku puzzle and it still manages to be tense and emotionally resonant. The last puzzle here is literally just rearranging old bones to make them look the way they do in a picture. Nothing more meaningful than the standard “piece together a torn-up photo” minigame. That and the sluggish finale make Black Mirror 3 end with more of a whimper than a bang.

A few duds make the puzzles just so slightly worse than the second game. Mostly this is due to finicky controls. While this was present in Black Mirror 2 (like the lockpick puzzle), it was not as consistently distracting. One puzzle that has you drawing lines on a map of Willow Creek is especially tricky. A lack of feedback from the game only makes it more unclear. There’s even a few glitches that prevent you from completing certain mini-games, like one in which you need to underline certain passages in a book to put together a description of a location. One of the passages you need to underline is unresponsive on a lot of computers. Luckily each of these puzzles has a switch that you can pull to skip it, so it’s not game-breaking. But it is a shame that you don’t get the satisfaction of actually solving the puzzle. 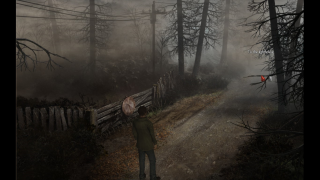 Since you get more items at once in this game than the second, an issue with the inventory bar surfaces: Scrolling to the right will often cause the bar to disappear even if you haven’t reached your intended item yet, necessitating you to swipe repeatedly to keep it moving. A small nuisance, sure, but one that shouldn’t be there for such an inventory-intensive game.

Black Mirror 3 also tries to shake things up with a second playable character in the final chapter, but she’s not given much of a personality, so it’s hard to care. She offers truckloads of exposition and a chance for the game to put you through tag-team puzzles, like one where you need to avoid light-intolerant monsters in a series of rooms with lights that only turn on if a certain amount of doors are open. Altogether this sequence is more frustrating than not, though it is a significant step up from the first game’s maze.

The atmosphere here is solid as always. The rainy, empty streets of Willow Creek compound upon the difficult events Darren went through in the previous game to make him feel very isolated and traumatized. It’s a shame that the game doesn’t take the time to explore this though. Darren goes through way more psychologically than the writing accurately portrays in his character development, or lack thereof. Like, Darren finds himself alone in a foreign country, attacked at every turn by nefarious people, accused of being a serial killer, everyone he’s ever known and cared about is dead, and he’s burdened with an ancestral curse that could bring untold destruction, and… he doesn’t really ever grapple with that. Except to make sarcastic comments.

To spoil an obvious twist from the last game: It turns out Darren is actually Adrian Gordon, Samuel’s secret son and the last male heir in the Gordon line. In a confusing turn, everyone including himself decides to start calling him Adrian once this revelation comes to light. Which is… not really how names work? There’s not even a line explaining that maybe he likes the name Adrian better, or maybe that he’s always felt more like an Adrian than a Darren. There’s just some weird adherence to the lineage thing going on that makes him automatically switch over to Adrian. 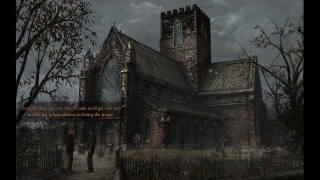 Despite how similar they are in plot and appearance, Black Mirror 3 wasn’t directed and produced by the same person as 2. The third game is produced, co-written and directed by Michael Holzapfel instead of the second game’s Achim Heidelauf. Holzapfel is credited with additional game design and scripting on the second game. Both games, however, were designed and co-written by Anne von Vaszary and Jan Theysen, whose other credits are mostly for writing and design on other Cranberry Production games. Theysen would go on to serve as creative director for the reboot.

Most bonuses in this game aren’t achieved by taking photos like in the second. Rather, the half of them are unlocked by clicking on optional hot spots and the other half are unlocked by clicking on ravens that are hidden in certain screens. One amusing easter egg is “big head mode,” which brings up a hidden slider in the options menu so you can tinker with everyone’s head size. This was also available in Black Mirror 2.

It’s unclear why Cranberry resurrected Black Mirror and developed two more installments. Even though they’re technically more competently made games, the sequels don’t have the devoted following the original does. A quick scan through the Steam reviews of these games even show a number of players who say you’re better off just playing the first. But despite (or perhaps because of) pacing issues, cringe voice acting, and a story that more or less serves as background noise, the sequels stand as a meaningful continuation of the first game. You can certainly do worse as far as horror point-and-click adventures go.