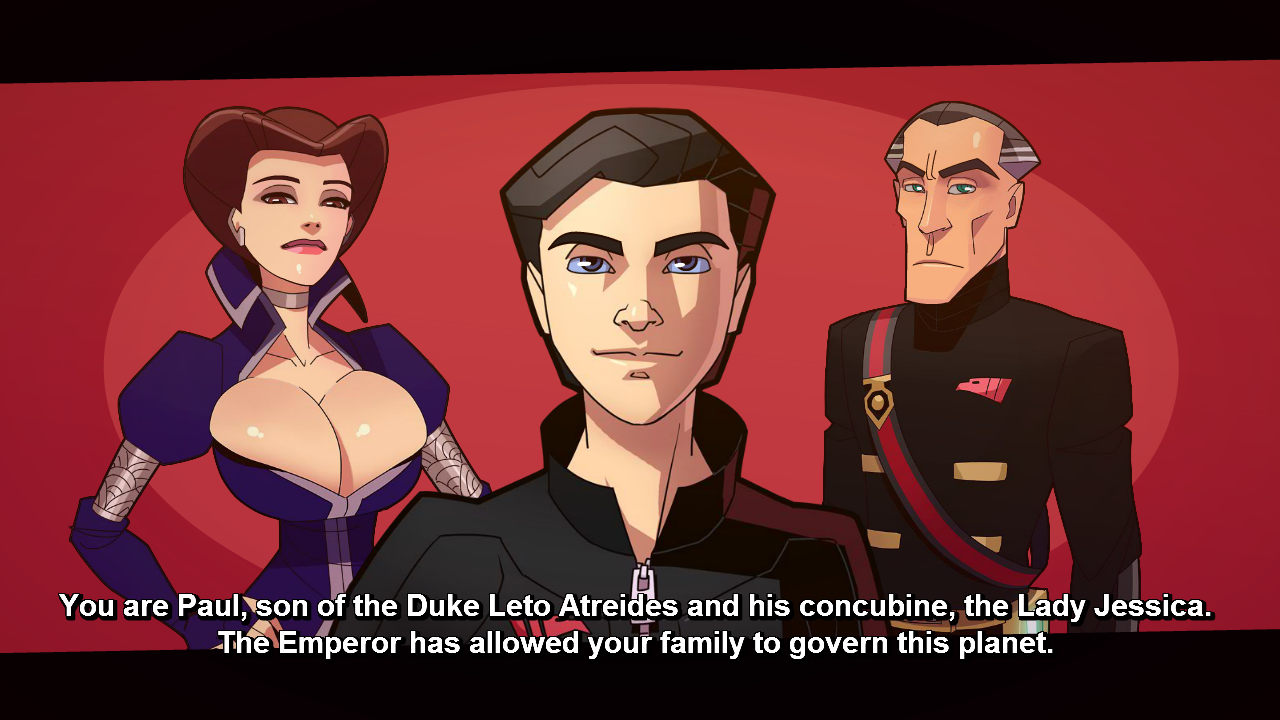 Dune, the 1992 strategy and management game, may have been the first Dune video game, but is largely overshadowed by its nominal sequel Dune II: The Building of a Dynasty, the grandfather of modern real-time strategy. While technically part of the Dune II series of strategy games, Dune never received any spiritual sequel. Its creator Cryo Interactive Entertainment would take on the Dune license once more with the 2001 stealth action game Frank Herbert’s Dune, but went under the following year.

The Herbert estate did not seem to be interested in handing to the Dune license to anyone anyway, and for years, the franchise primarily lived off a series of new Dune novels written by Frank Herbert’s son Brian and Kevin J. Anderson. With the advent of a new Dune film adaptation by Denis Villeneuve, this changed. One game, however, dodged the issue of licensing entirely. In 2016, David Goujard, a French developer of adult-themed Flash games, released Behind the Dune. 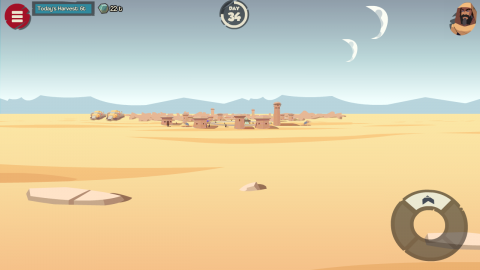 Behind the Dune is very much based on the 1992 Dune game, but adds large mammaries and significant amounts of reproductive bodily fluids. The basic story is left intact: Paul Atreides and his family travel to the planet Arrakis, the only known source of Spice in the universe, to bring glory to their noble house and defeat their arch rivals, the evil Harkonnen. A new addition is Paul’s high libido, which adds a new goal to the game: having intercourse with as many of the female characters as possible. Most of the cast of Behind the Dune are women, and all of them are equipped with a sizeable bust.

Despite the focus on dialogue and a shift into the direction of visual novels, Behind the Dune does not fully abandon the management aspect of Dune. Paul has to harvest Spice to win the game, buy Spice harvesters to accelerate production, and recruit the native Fremen tribes to help him defeat the Harkonnen.  Spice production is measured in tons harvested per day, and servers as the game’s progression system. Raising Spice production to certain levels will unlock new powers, like being able to command the Fremen from anywhere on the planet, and advance the plot. 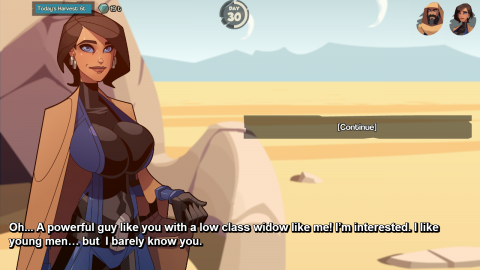 Another aspect lifted straight from the original Dune are the companions. Paul can ask a number of characters to accompany him on his journey, which opens up new dialog options and makes additional cutscenes accessible. Some companions are needed to solve Behind the Dune’s puzzles, which are not too difficult but somewhat creative and sometimes even allow multiple solutions. The player’s choices also determine what ending they get, which in this game’s context boils down to unlocking one of several possible sex scenes.

Overall, Behind the Dune is a surprisingly polished product, possibly more so than the game it is based on. It puts more effort into its parodical elements than other Dune spoofs such as the shallow National Lampoon’s Doon, and has things to offer beyond being a template for sexual gratification.