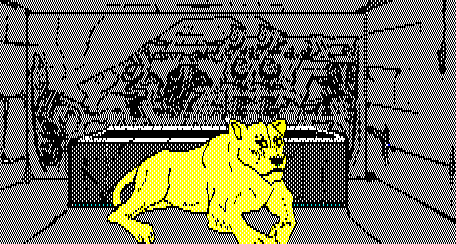 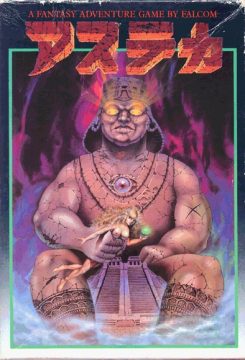 While Falcom is typically known for RPGs, in their earlier days they produced games in a few different genres. In the early 80s, they published games like Horror House, Monster House, and Demon’s Ring, first person graphic text adventures similar to the types that were spearheaded by Western publishers like Online Systems (Wizard and the Princess) and Penguin Software (The Quest). In 1984, they published another one, Asteka. (“Asteka” is the Japanese word for the Aztec civilization.) The subtitle in game reads Maya Densetsu no Nazo (“Mysterious Legend of the Mayans”), which is a bit odd considering that the Aztec and Mayans were different people. The game puts you in the role of an explorer searching for treasure in South American ruins. The game begins in the local town, as you get supplies, before moving on to the ruins themselves. 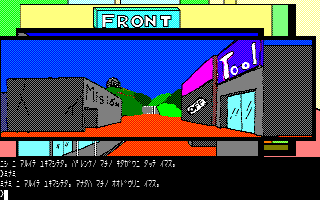 In many ways, it’s a typical entry in the text adventure genre – solving obtuse puzzles and wrestling with the text parser. (Unlike Hudson’s text adventures, which used English input, Falcom’s are entirely in Japanese.) There are a few unique aspects though – though some of the visuals are presented with the standard computer drawn graphics (lots of straight edges and simplistic coloring), some areas use monochromatic digitized photographs. It creates an extremely inconsistent look, especially since some humans are drawn one way and others are drawn another. Some of the villagers also have green skin tone, so they look like zombies, even though they aren’t. Curiously, there are also a couple of nude photographs of women to find, even though the game otherwise doesn’t have any erotic elements.

While this game has largely been forgotten, the sequel, Asteka II, is more widely known, especially since it was ported to the Famicom and released in America under the name Tombs and Treasure. 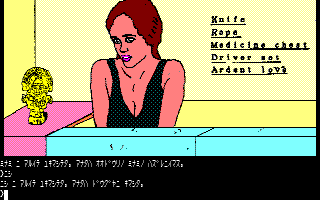 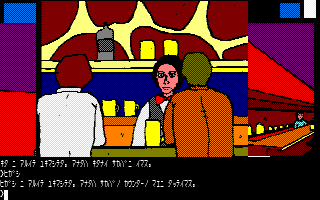 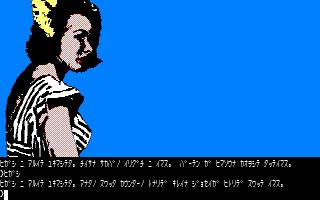 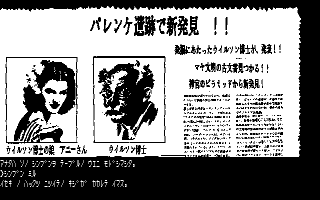 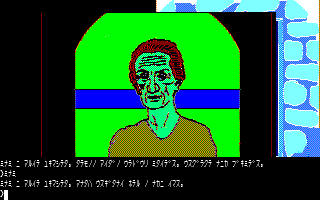 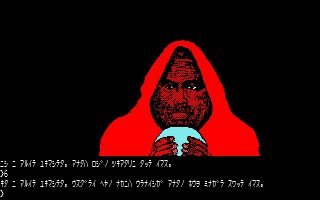 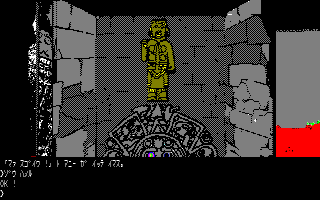 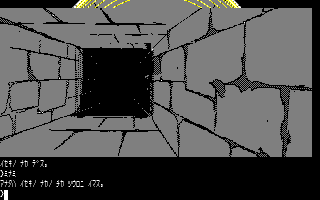 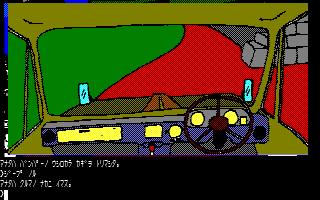 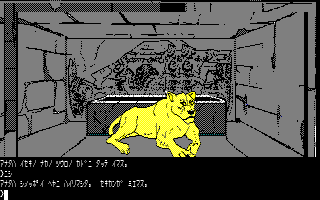 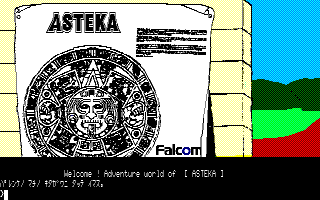 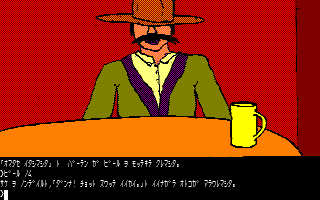