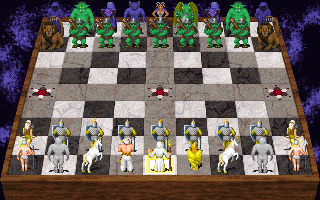 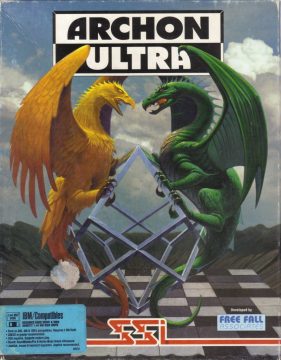 A remake of Archon was released for DOS in 1994 under the title Archon Ultra, developed by the original folks at Free Fall Associates and published by SSI. This remake featured a substantial graphical and sound overhaul, using VGA graphics and featured Amiga-style MOD music and other digitized effects. It also changes the perspective to a slightly tilted one, set up like Battle Chess, with one units at the bottom and the other at the top. 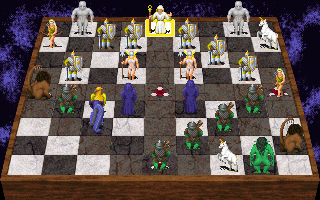 Along with this, the battle scenes see a substantial visual improvement, with larger sprites and actual background, and full screen shots of the two units before they enter combat. The combat field scrolls instead of being on a static screen, and there are even two zoom levels, depending on how close the units are, similar to Star Control. Though the original versions had obstacles you need to maneuver around, this one has a few other new things like water, which slows you down or lava, which obviously drains your health. On power squares, there’s also a spot in the center that allows you to regenerate your health. It adds secondary weapons for all of the units, and smooths out some of the issues with mid-and-late-game AI that hampered the original’s replayability. It also allows for play via a modem. 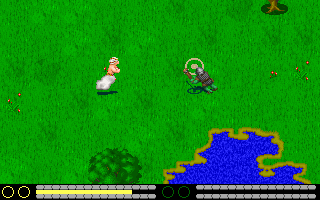 Despite all of these tweaks and additions, at its core, it’s pretty much the same as the original, just nicer looking and heavily modernized, in a good way.