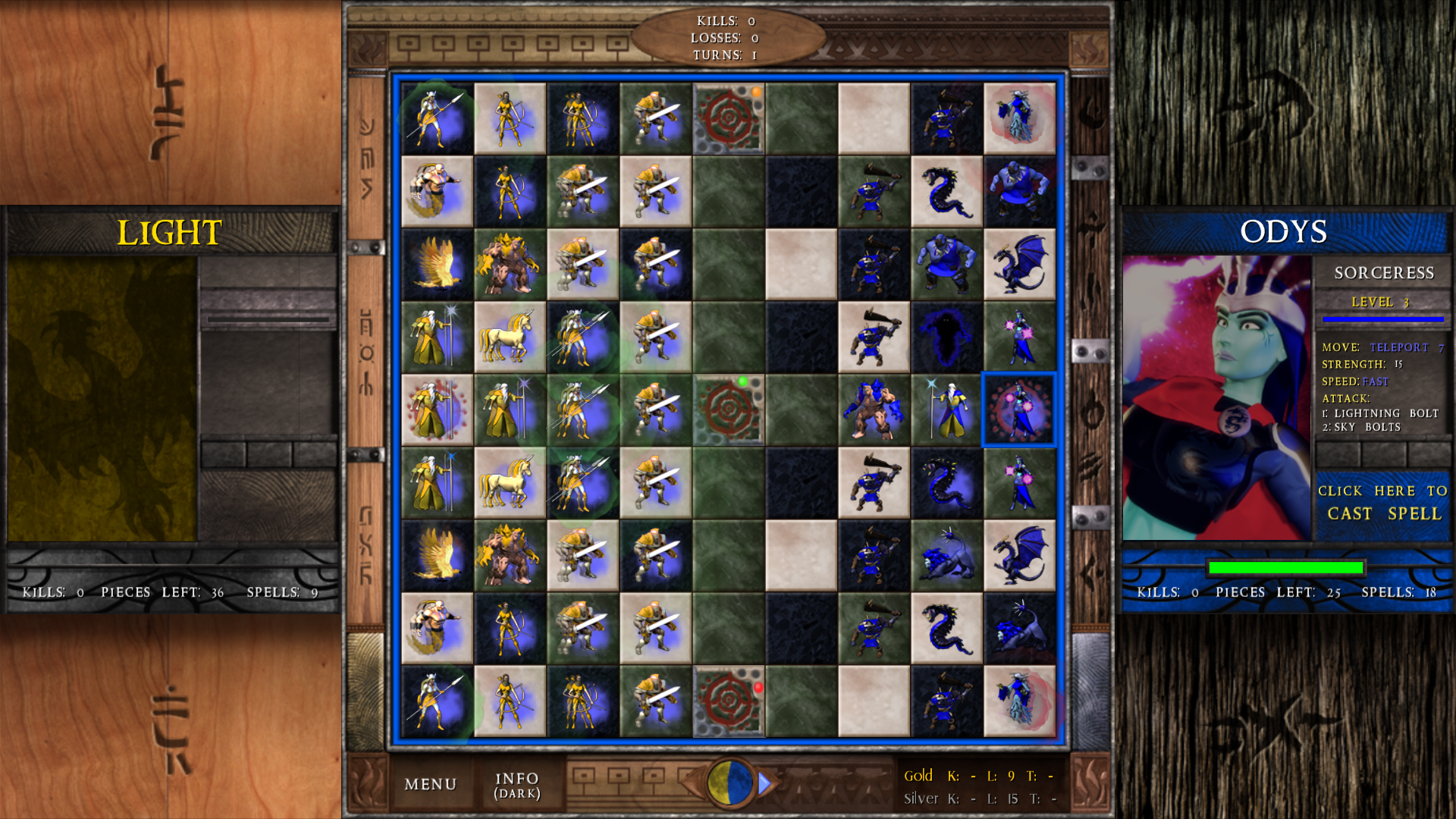 The original Archon was a revelation, a wonderful hybrid of chess and direct control, action-combat that captured the imaginations of a generation of fledgling strategy fans back in 1983. Almost thirty years later, Archon Classic delivered a much needed, much appreciated update to the classic formula that pulled it (albeit in some ways kicking and screaming) into the modern era.

Developed by React Games, the independent studio behind 2016’s Super Dungeon Bros, Archon Classic is more than a fresh coat of paint. It adds a number of welcome new features, and updates the graphics and gameplay in some much needed ways, without ever violating the spirit of the original game. It feels like a proper, faithful adaptation, created with the spirit of retaining the essence of what made the first Archon so incredible, by people who from all indications hold genuine affection for the property (Archon was React Game’s first acquisition as a studio). 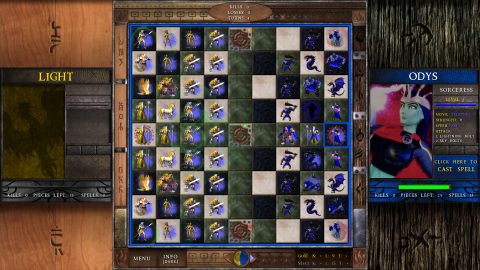 The beating heart of Archon is still very much intact in Archon Classic. The gameplay so fondly remembered from the original is present here, with pieces moving in familiar ways, gaining strength when positioned on squares that match their color, weakened when the opposite is true. The battles will feel intimately familiar to veterans of the 1983 version, down to fine details like how the movement feels as you traverse the battlefield, or the disappearing and reappearing terrain pieces (which block movement and projectile attacks). Playing through a standard solo game is a powerful dose of nostalgia for anyone fond of the C64 or NES game (or any of the host of other platforms it appeared on around launch). It’s a return to a formula that even now is powerfully addictive and nearly as compelling as it was the first time it was introduced all those decades ago.

But this isn’t just a nostalgia play, which is clear from the first time you load the game and catch a glimpse of the menus. A host of new modes have been added, and even a quick dip into a standard game reveals layers of new mechanics that alter play in drastic ways. One of the most important is the introduction for each piece of a brand new, second ability (except the “leader” figures on both sides, the wizard and sorceress, who retain their ability to cast spells). While in the original game, each piece had a primary attack that determined its range and lethality, now each piece has another offensive option in its arsenal, and in many cases its transformative. 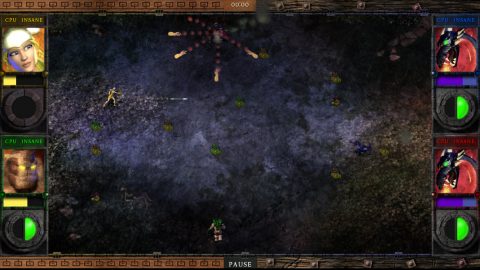 Take, for instance, the knight’s reflective ability. Instead of a simple, fairly easy to predict and manage melee piece, the knight now has a powerful counter to projectile units, who in the original game could fairly easily kite and snipe it. Now, the knight is capable of turning an enemy’s deadly projectiles back on them, meaning what was once a huge advantage has now become a hazard. Or there are the units who now have a secondary passive, like the through-a-mirror-darkly twins the banshee and the valkyrie. On the light side, the valkyrie can now heal any friendly units near her, whereas her counterpart the banshee has a passive damaging effect for any enemies left in her aura, which in turn vampirically restores her own health. These new abilities have an impact on both the meta, board game layer as well as in the active battle phase of the game, and mean broader strategies with actual foresight are more important than ever.

Another massive addition is the campaign mode, which challenges players to complete certain objectives in a series of sixty maps spread evenly across four campaigns. Your performance on each map is rated at the end, and medals are awarded accordingly, either bronze, silver, or gold. While grabbing a bronze medal is pretty trivial on most maps, snagging gold can be extremely testing (particularly given that there’s no ability to save mid-map), which adds a level of challenge and replayability that the original Archon sorely needed. A campaign mode is an excellent way to incentivize players to keep investing time outside of casual matches, and creates some great connective tissue and long-term goals. 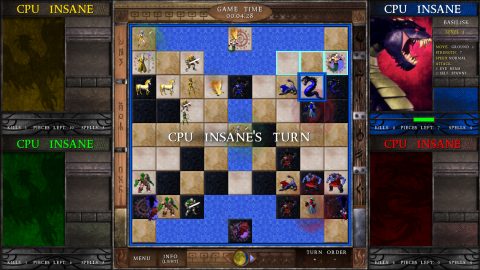 The campaign also dovetails well with some other new features, notably the ability for individual units to gain experience and level up by battling. In the first game, the only potential reward for combat aside from (ideally) destroying another piece was that your unit lost some health, and was more vulnerable to follow up attacks. Now, more aggressive play is rewarded, as units that are successful in combat can increase a small range of core stats and become more dangerous and survivable. It’s not a tremendously deep system, by any means, but it’s a very nice nod to persistence and RPGs that fits really well with this kind of strategy combat game.

There have also been some tweaks to the way the AI behaves, which are much needed improvements over the original game. In the 1983 version, enemy pieces would often act either totally irrationally, or with a machine like precision that made them very difficult to overcome. The enemy movement in Classic still occasionally feels a bit erratic, but in a good way, making the pieces difficult to predict and exploit, without making them feel impossibly difficult. The AI makes good use of the new spells and abilities, as well, and can challenge even experienced players if they’re not wary. The real fun will always be competing against other players, though, and Archon Classic is an even better multiplayer experience than the original.

Archon Classic also throws in a host of other new features, almost all of which are additive and appreciated: support for up to four players, which can transform games into a chaotic, delightful mess, the ability to toggle between modern and original graphics, new spells, new units. It’s a very complete feeling package and it’s not surprising that even now, more than seven years after it’s release, there’s still a thriving community playing and talking about it.