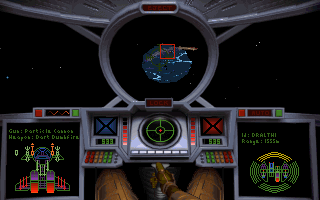 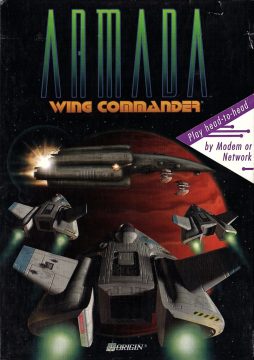 By 1994, momentum was building in the Wing Commander brand. While Academy gave fans the mission creator they always wanted, Privateer had managed to fire up the imaginations of PC gamers, opening up the Wing Commander universe in what was thought to be just another spin-off. New novels were exploring more of the canon, and Wing Commander III was already under development. But it was still a highly experimental time for the series, and for gaming as a whole.

Enter Wing Commander: Armada, an ambitious, testbed little game. Part turn-based strategy, part multiplayer simulator, Armada was made from early WC3 assets combined with recycled Super Wing Commander ones. It featured modem multiplayer, which few players could attempt to use. On top of it all, it boasted a turn-based 4X strategy game which allowed you, in those pre-internet days, to copy your save file on a floppy and mail it to a friend, so that they could take their turn and mail it back. You could even command a Kilrathi strike force if you so wished!

If this sounds far removed from Wing Commander, don’t worry: the moment a battle starts, you join the fray in a space fighter. And the moment you jumped in the cockpit? You’re greeted by Strike Commander‘s RealSpace, Origin’s latest and greatest 3D flight engine, ready to roll.

The game also offers a comprehensive list of game modes. Gauntlet mode from Academy makes a return, now joined by Armada and Campaign modes. While Gauntlet is strictly within the cockpit, the latter two include the strategy portion of the game. Armada is fully randomly-generated, whereas Campaign offers a pre-made map which the player can study and learn. In short, you can gamble on the more random Armada mode, or you and your friend can immerse yourselves in the layout of the Campaign. All of these modes were available for single player against the CPU, and in multiplayer via LAN, Network, and split screen modes.

Armada was another ambitious yet small release. It served as an early testbed for the dogfights in Wing Commander III, and even utilized the first two aircraft designed for it: the Confederation’s Arrow and the Kilrathi Empire’s Dralthi. The Dralthi was new, yet inspired by the Wing Commander original. You could also pilot the Wraith and Jrathek from Academy, the Gladius from Privateer, and more. 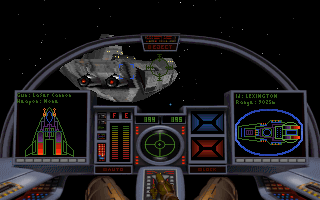 In another case of smart asset recycling, the new non-WC3 ships were also re-used models, this time taken from the non-canonical Super Wing Commander of all places. Carrier-wise, the Confederation has the Lexington, which uses the SWC ship model for the Tiger’s Claw, and the Kilrathi’s Shiraak uses the ship model for the Snakeir dreadnought. Lucky for the development team, ships in Super Wing Commander were complete redesigns, thus masking their borrowed origins. Others include newcomer Shok’lar, a re-use of the SWC Salthi. The game’s only new designs are for the Kor’larh fighter and both factions’ transports.

It’s clear that a lot of love went into this side project, evidenced once again in the in-universe, thorough manual. This time entitled Voices of War: Confederation and Empire, it includes a timeline of the Terran-Kilrathi conflict… from both sides. We are treated to both Kilrathi and Confed military oaths of service, and continue on to a timeline that portrays two cultures interpreting the same situations in wildly different, yet appropriate, ways. Letters from people fighting on both sides follow, including the ritual suicide of a Kilrathi after failing to extract information from a prisoner of war, and a human child’s note to his father on the frontlines. The manual drives home the tragedy of this long war, the effects it has had on both societies, and the sheer casual brutality of it all. While the game itself features no actual storyline, the manual proved that the world birthed by Chris Roberts and crew continued to grow, building upon itself to the fans’ delight.

Wing Commander: Armada is a fascinating little game. It bridges the aesthetics of Wing Commander as it had existed up to this point with the grittier Privateer, creating an experience that feels like a prelude to Wing Commander III. Cockpit designs have a decidedly WC2 feel, and its ships run the gamut from actual WC3 craft to the differently-gritty aesthetic of SWC. Critics of the time weren’t very kind to Armada, since the hype machine was already in overdrive for the long-awaited sequel to Vengeance of the Kilrathi. Still, it managed to keep the fans engaged and entertained in the meantime. For while Armada was developed and released, Chris Roberts and his team were hard at work coding, writing… and filming the final chapter in the Terran-Kilrathi war: Wing Commander III: Heart of the Tiger. 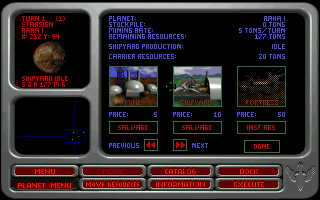 The game was ported to the FM Towns and PC-98 Japanese computers, with modem play completely dropped and leaving only the split screen multiplayer, but are otherwise mostly identical to the PC release. Wing Commander: Armada is available to purchase via GOG.com.