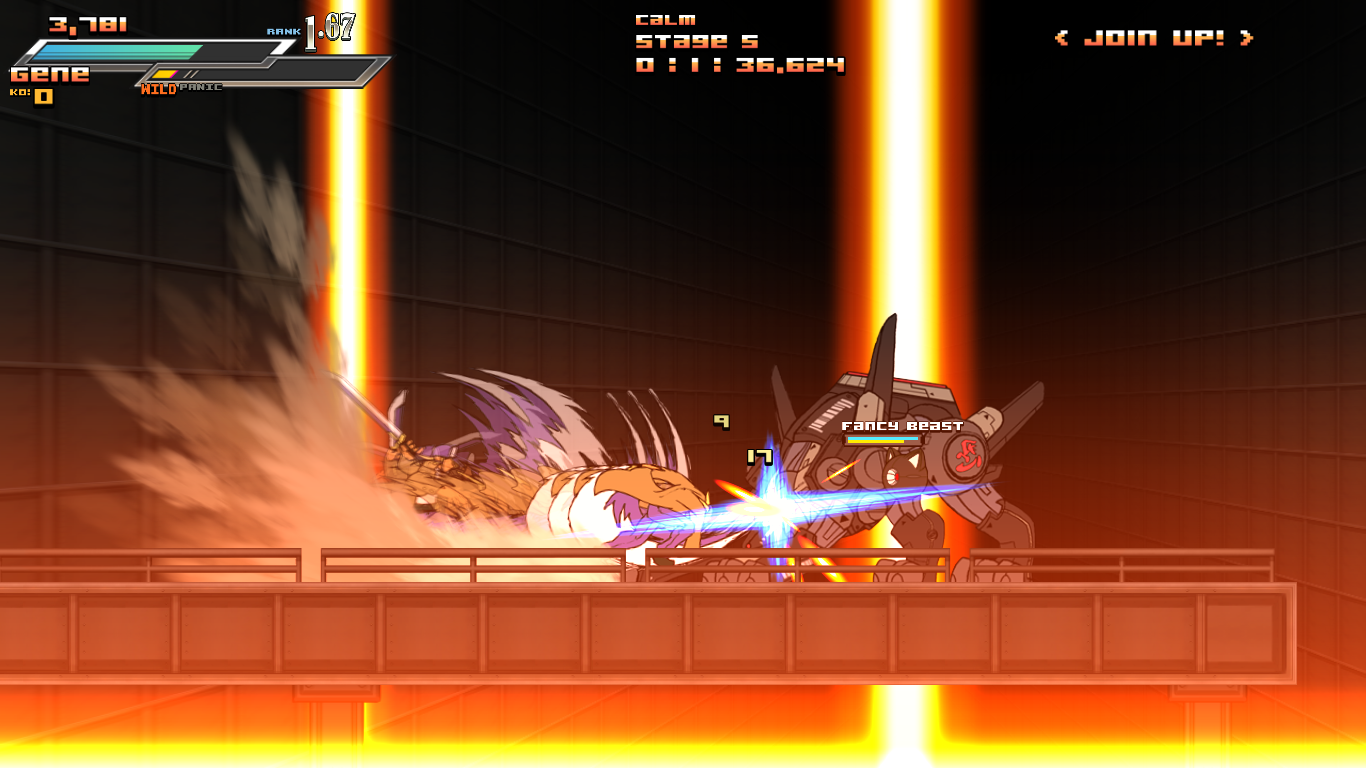 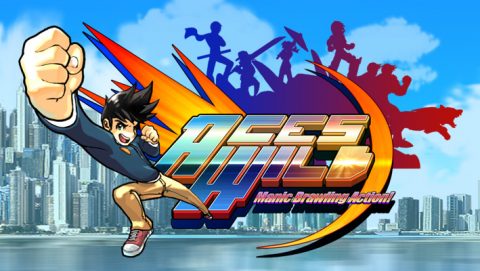 Tara Doak’s Aces Wild is an interesting beast. As more indie games have come out since the boom began, a lot of tributes to the beat-em-up genre have mainly just done what their inspirations did. It has made fans of the genre fairly happy, but innovation or creative spins have been lacking. Aces Wild does not fit this mold and does some truly daring things with the formula, and it still stands out as something fresh to this day. 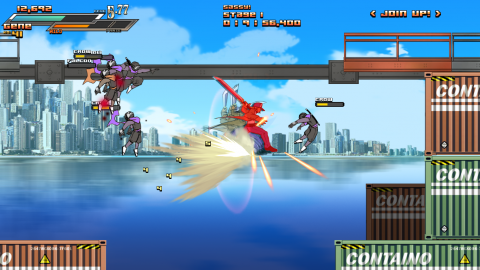 Like many a beat-em-up before and since, the plot here is just an excuse for the punching. There’s some tournament to become the leader of a ninja clan. Go beat up anything and everything. The world of the game is just a bunch of cool things smashed together, ninjas and robot dogs existing alongside real dogs that have an explosive pee attack and lazy boys with big swords. You travel through highways, shipping dogs, evil robot factories, mansions, the works. Even your three playable characters are clear archetypes, including a ninja who looks very similar to the enemy ninjas you fight through the game.

It’s a fun aesthetic, of course, derivative qualities kind of being the draw. The title screen is clearly borrowing from the Marvel Vs. Capcom series, and you can feel the inspiration in look and design from Capcom classics like Strider and Rival Schools. The music is lively good fun, like something from a lost 90s arcade game, and fits the action like a glove. Aces Wild wants to be like the greats of the Capcom golden age, with some SNK DNA in there as well, and it succeeds with flying colors. 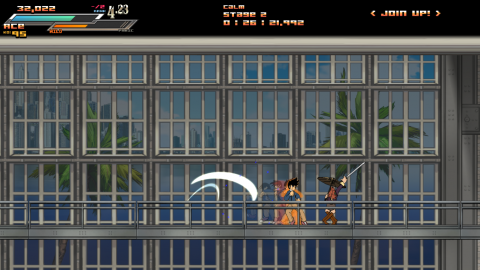 That said, the real draw for the game is how it plays, and how it plays is basically being a shounen fight manga simulator. Instead of just beating up dudes on the ground, you can jump and air dash and beat up bad guys in the sky, floating in place during combos and able to keep jumping and dashing to avoid the ground. This makes Aces Wild very unique for a beat-em-up, because it has something very few of them have ever had: Speed. Fights and even basic movement in this game are furious and energetic, having you move at blistering speed to stay on the offensive while avoiding attacks.

It even took a few notes from arguably the benchmark of the genre, GOD HAND, not unlike Banzai Pecan. This comes in the form of a dedicated dodge button, which here acts as a dodge dash instead of a weave. It lets you maintain momentum, and you can also hold the dodge button and use an attack button during a dodge to make a counter attack against your aggressor. This is an extremely important mechanic, especially with especially aggressive mobs, and especially against bosses. You need to keep moving and avoiding damage while landing hits, which is definitely a challenge in and of itself. 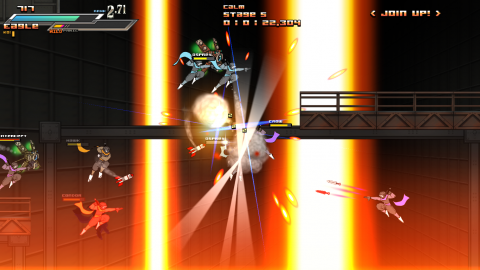 The wild meter is also core to the game’s experience and needs to be learned quickly if you hope making it mast stage three and on. Enemies start gaining armor bars usually reserved for bosses, making them able to avoid flinches or knock backs. You need to do a lot of damage to wear those down. The wild meter, gained from landing hits and combos, lets you do charge hits that do huge damage and can knock enemies all around, with the trade back being that initial charge. They’re hard to combo into, and enemies have a habit of attacking after a combo. Alternatively, when you hit the panic threshold, you can spend all that wild meter to regain health, and that panic threshold will increase overtime to make sure you don’t abuse it to make up for mistakes.

This is where the game becomes limited in its appeal, because it is punishing even on the easiest difficulty. You need to learn wild meter use quickly, especially against mobs of enemies that are armored, or your options become far more limited and the momentum dies, especially with how tank enemies can often be. You also need to keep your score rank up for damage multipliers, watch out for enemies with a red glow as they’ll pop into a mob party that will give you grief, and keep a look out for the mess of projectiles probably being thrown at you from off screen. The skill floor is very low, but the ceiling is extremely high, and you’ll eventually reach a point (when the valkyries appear) where that floor sudden skyrockets. 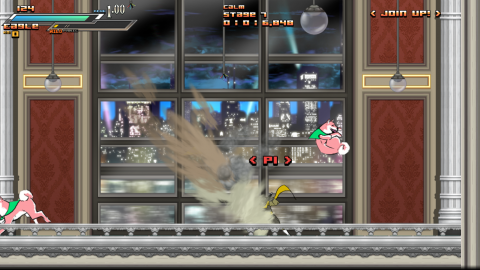 If you’re going to play Aces Wild, you need to understand you will be punished for poor performance and not understanding how to make the most of your move set. There’s also a drought of content, meaning the main campaign is all you’re going to get – and it’s a fantastic campaign, well designed and a lot of fun! You just need to learn the game, and if you’re the sort of person who gets mad at bosses in King of Fighters or Tekken games, this is not going to be your game. If you’re willing to try and meet the challenge seriously, though, you will find something special here, an exciting, flashy title that gives a rush like few of its genre do.