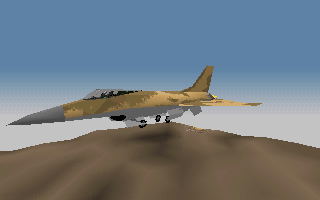 After the grand splash of the first instalment, Wing Commander II had been a refinement for fans that wanted a deeper exploration of this new universe. Aside from its second mission pack, 1992 was a bit of a gap year for Wing Commander. The company’s focus seemed to be on the release of the ambitious Ultima VII: The Black Gate, and the Wing team was otherwise occupied. The series wasn’t forgotten, however. Ports of the first game were being released on multiple platforms, and the first licensed Wing Commander novel hit shelves. Entitled Freedom Flight, it was co-written by Ellen Guon, director of Secret Missions 2 and co-director of Wing Commander II, together with rising Sci-Fi/fantasy star Mercedes Lackey. The universe was expanding, even as the games took a brief break.

As mentioned earlier, Chris Roberts’s attention was elsewhere during the development of WCII and its expansion packs. His new permanent position as Director of New Technologies meant he had to pursue projects that pushed the envelope for, well, technology. Strike Commander was his first such project.

Most histories of the Wing Commander series omit Strike, and with good reason. Despite some unsubstantiated affirmations to the contrary, it has never been integrated into Wing Commander canon. Regardless, this article includes it in that history, as it is indeed a necessary piece to understand the development history of the Wing Commander franchise. In many ways, Strike is the ‘missing link’ between the second and third instalments of the main series. The cinematic approach of Wing Commander is expanded here, with the CD-ROM version of Strike Commander delivering what Wing Commander II couldn’t: fully voiced cutscenes.

In Strike Commander, you take the role of yet another nameless pilot, this time leading the mercenary Wildcats squadron. Gone are the space-opera trappings of its spiritual predecessors, traded in for a modern-day setting. Taking place in the then-near-future year of 2011, the game presents a world of political instability and fighter squadrons who sell their services to the highest bidder. As well as succeeding in missions you’re hired for, you must also keep the books of the squadron balanced, so that weapons can be purchased and maintenance paid for. A failure to keep up with this part of the game can result in a Game Over, which contributes to Strike’s more realistic setting.

But just like a real pilot is tested in the cockpit, so is a combat simulator, and Strike Commander was no slouch. The game took place in fully 3D maps, and rendered its airplanes in 3D with advanced shading and texture mapping. For 1993, this was definitely ahead of the curve.

Many of Origin’s projects in the early ‘90s could be described as wildly ambitious, and Strike Commander fits the bill. In the manual, Chris Roberts refers to the game’s development cycle as his own personal version of the extreme stress faced by Francis Ford Coppola and his cast and crew during the creation of Apocalypse Now. In the early ‘90s Strike’s 2 1/2-year development cycle was considered enormous for any game. Crunch was a factor in its development, with staff often sleeping under desks, staying up for 4 AM dev builds and working weekends. Looking back on it more recently, Roberts sees this as almost quaint, comparing it to the 6-year dev cycle of his later game, Freelancer.

The basic idea of Strike Commander was simple: take the basis of Wing Commander and push everything further, but without being bogged down with a pre-existing cast and setting. The team focused on improving virtually every aspect of the game, from a more cinematic, involved storytelling style to greater player choice and immersion. Crucially, it also featured a detailed flight model which both Roberts and fellow Strike Commander veteran Robert Irving still proudly compare to more sober, serious simulators like competitor Falcon 3.0.

It all began with the creation of a new engine. Discarding Origin FX, Roberts led the effort to program an engine that could better render his vision for a fully three-dimensional world, which came to be known as RealSpace. The engine aimed to contain certain features that were only available on high-end, airline/military-grade simulators, which did not have the hardware limitations of consumer-grade hardware: gouraud shading and texture mapping.

During Strike‘s early development, implementation of 3D graphics was restricted to buildings and landscapes, not the fighters themselves. The aircraft were to be rendered with 2D sprites like its Wing predecessors, albeit in higher resolution. Regardless, the greater requirements of texture creation and mapping drove Origin to hire more graphic artists for the project. Much to their chagrin, younger hires were saddled with the 3D work, which some of the older artists found boring or less engaging. This proved fortuitous: one of these young newcomers to Origin, the late graphic artist Paul Steed, used the primitive modelling tools to create a 3D rendition of a fighter in his spare time. Roberts and his team were so impressed with the resulting quality, they immediately decided to render all fighter models in full 3D.

Strike Commander would break ground by being the first PC game to feature fully realized, real-time texture-mapping. It certainly beat the more famous 1993 PC release to feature it, Doom, by 8 months. Three more years would pass before id Software brought full texture maps to Doom’s successor, Quake. Texture-mapping wasn’t invented by Origin, but had in fact existed since the mid-’70s. Earlier, more primitive implementations had appeared as far back as Microsoft Flight Simulator (1988). By the early ’90s, this advanced graphics technique was commonplace in the world of high-end professional aviation simulators. It’s important to note, however, that in those pre-Internet days, the world of professional simulator development and commercial gaming were completely separate, and did not communicate on any formal basis. Commercial game programmers were often tasked with reinventing the wheel, and the Strike team set about to do exactly that.

In everything from its graphics to game feel, Strike aimed for a more grounded experience. While often defined as ‘arcade-like’, fans of the Wing Commander series were surprised by the flight model’s increased realism, requiring a more precise level of control. The Strike team wanted the flight model to be realistic but fun to play, although there were limits to the simulation. Many of the specifications for the game’s F-16 Falcon were classified, and Roberts’s team were forced to speculate. The end result was a refined game that the team were truly proud of; a story replete with twists and turns, graphical wizardry including a 3D cockpit players could look around, and the cinematic feel Origin sought to bring to all its games.

In many ways, time has not been kind to Strike. It can be genuinely difficult to grasp the impact of a new technology if one wasn’t playing games throughout the era it debuted in. However, while the technology can be framed as ‘of its time’, the storyline proves a more problematic beast. The early ‘90s saw a proliferation in combat flight simulators aimed at the general public, boosted by the high visibility of U.S. jet fighters in the Gulf War. Advances in camera and satellite equipment, as well as the influence the U.S. military held by being the sole suppliers of highly specialized footage (such as cameras from within jet fighters) helped create an image of high-tech warfare in popular culture. Strike definitely draws inspiration from this while placing you as part of a mercenary squadron, conveniently distancing the player from the real-life U.S. Air Force. 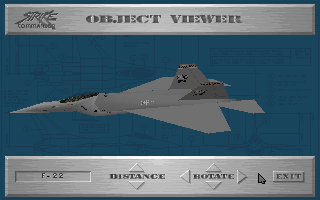 To Strike Commander’s credit, it does not attempt to paint a rosy picture of warfare, nor does it place its focus on the Middle East. Missions take you from Cairo to San Francisco, even flying above German forests. The Wildcats are a cast of misfits with an eye on the mission and another on their paycheck, with some even sacrificing civilians for the bottom line. Betrayals abound, and you must frequently take on missions to aid morally dubious characters. This is further contextualized by a Wing Commander-style manual, written in-universe. Presented as a piloting magazine, Sudden Death, it profiles the different Wildcats pilots, showcases fighter blueprints, and includes the game manual, with a lengthy note by Chris Roberts on Strike‘s difficult development cycle.

The voice acting, while impressive, is still rather awkward in terms of tone. Its worst offenders are the stereotypical accents given to some characters, like the informant Muhammed. While some characters are voiced by professional actors, many seem to have been voiced by Origin staff members. Credit where it’s due, however, as Miguel and Prideaux are voiced by Latino and French actors, respectively.

The essential gameplay loop from Wing Commander remains. You go on a mission, destroy mission objectives at different nav points, and check in with your commander about the results, and how they change the status quo of the story. Between missions, you speak to other characters to further the story, with the aforementioned addition of handling the Wildcats’ finances. Finally, before hopping on the cockpit, you’re allowed to fully customize your missile loadout and choose a wingman, features the main Wing Commander series had yet to implement.

In the end, Strike Commander helped refine the Wing Commander formula, yet it did not prove to be another megahit. The team found this underwhelming: despite critical acclaim and strong sales, the long development time had primed them to expect more. While ideas were tossed around for a sequel, provisionally entitled Phoenix Force, they never materialized. Instead, the Strike team went to work immediately on the next main title in the Wing Commander series.

In the same vein as its Wing predecessors, Strike Commander launched on floppy disks, with the speech pack as a separate add-on, and was followed by its own mission pack, Tactical Operations. Both were packaged with the base game for the deluxe CD-ROM version, which is the version available for purchase on GOG.com for both Windows and Mac OS. The Tactical Operations pack expanded the game’s scope from Hawai’i to Siberia, culminating in a nail-biting mission to prevent a terrorist nuclear attack on Ireland. By the time of its development, however, Chris Roberts and much of the team had already moved on to their next project: Wing Commander III: Heart of the Tiger.

Due to its status as a monster in terms of system requirements in its day, it’s no surprise that Strike Commander was only ported to other personal computers. The base game was ported to two Japanese computer platforms, the NEC PC-98 and FM Towns, in 1994. These ports had no major changes, other than a ludicrous 19-floppy count for PC-98! The CD-ROM edition would later be ported as Strike Commander Plus to both systems in 1995, again with no new changes.