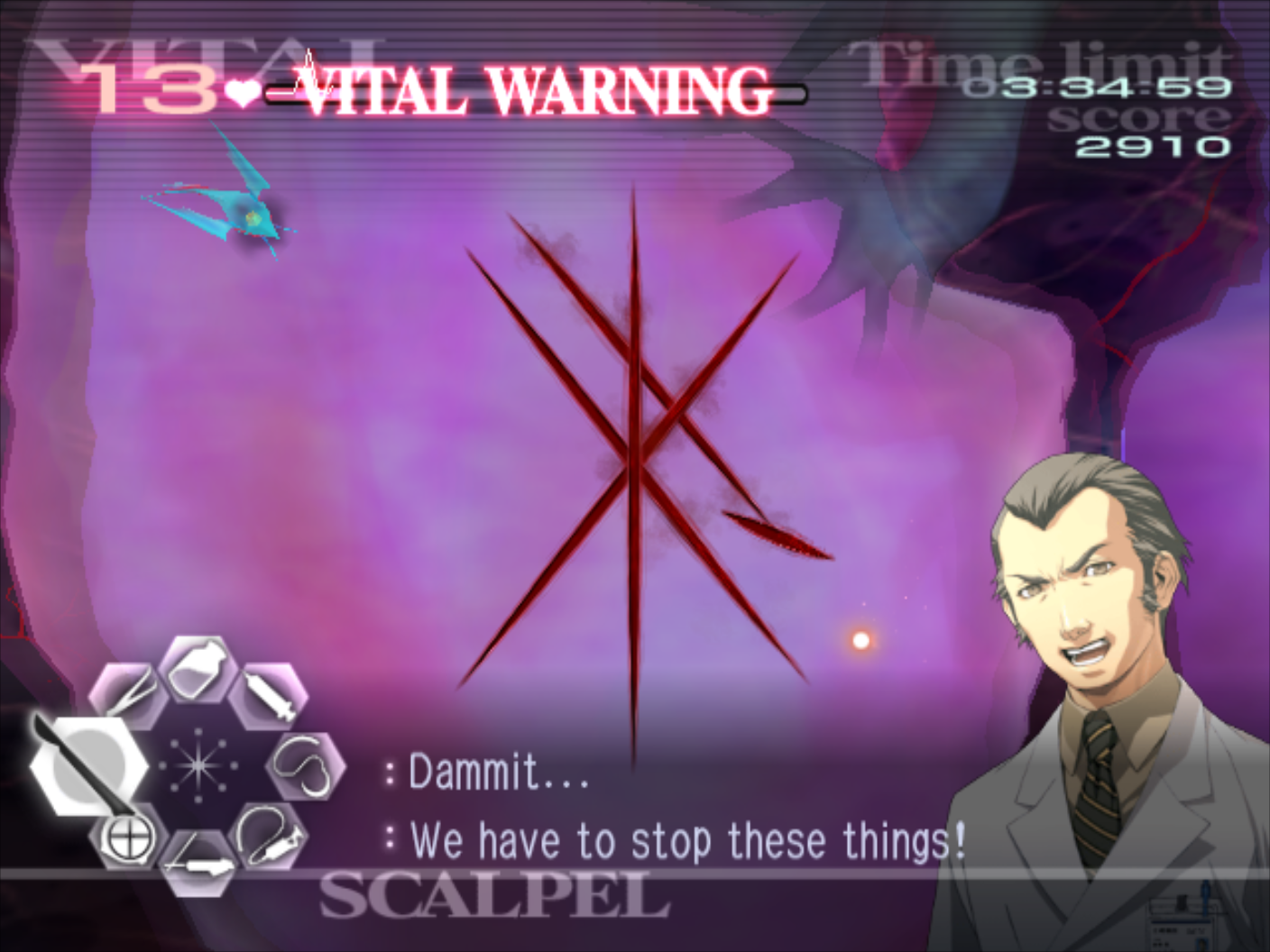 Second Opinion is somewhere between a remake and an expansion of Under the Knife. The most notable change, of course, is the switch to Wii motion controls. In exchanging the stylus for a Wiimote, the wrist strain is mostly gone, but the satisfying tactile experience is mostly gone. The Wiimote’s rumble gives feedback to most of your actions, but it feels a bit much less like Mapping the Nunchuk’s control stick to a radial menu of surgical tools improves the flow of gameplay a lot; there is no more rushing to the sides of the screen to select a new tool.

The art style, too, is drastically different – everything is glossy and stylized, from the character portraits to the patients’ insides. The result is a lot more consistent, and noticeably cleaner. It’s a great-looking game. The operations are a lot less gruesome, and it complements the game’s shift to a somewhwat lighter tone. The GUILT look less threatening and more fantastical than the plausibly scientific-looking parasites of the original game. 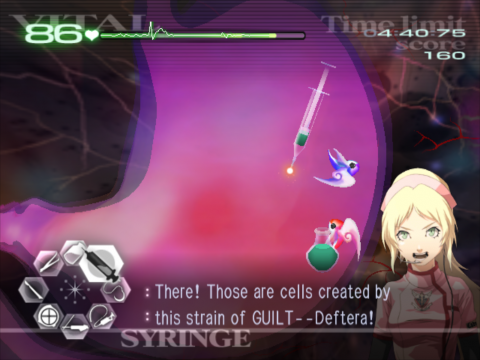 Deftera. Still moving tumors, but now less obviously so.
This version of the game offers a much more accommodating range of difficulty than its predecessor. At any time, you can switch between Easy, Medium, and Hard modes, Hard

bearing the closest resemblance to Under the Knife. On higher difficulties, vitals drop faster, mistakes are more costly, and bad things happen more often. The most obvious handicap for Easy mode players is the stabilizer, which heals 20-30 vitals in a single injection, about twice as strong as it is on other difficulties.

Scoring also works differently, in a way that better rewards the flow of skilled gameplay. Rather than automatically fail the operation for missing a certain number of times, the game keeps track of your combo of well-performed actions, rewarding you for long chains. The “special bonus” is also made explicit in this game, telling you when you’ve earned points by not allowing diverticula to burst, or not allowing Triti to regenerate, etc. rather than simply awarding you a mysterious number of points. 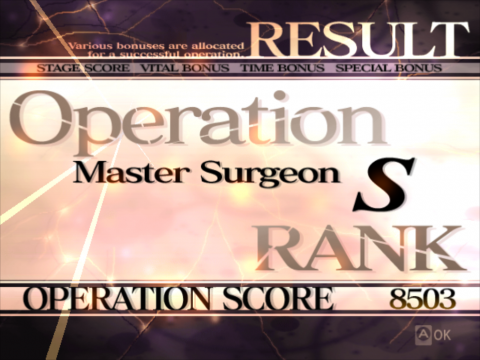 A much more informative score screen.

As an added challenge, those playing exceptionally well on Hard can now achieve an “XS – Medical Prodigy” rank, which wasn’t available in Under the Knife.

Beyond the choice of difficulty, many parts of the game feel significantly smoothed out. Many of the surgical controls are simpler to operate, such as the drain and syringe, parts of which are now automated. Drawing a star to use the Healing Touch, which once required double-tapping the “hand” tool, can now be selected by squeezing the B and Z triggers in both hands, which is a lot easier to do while under the sort of pressure that requires a Healing Touch.

The first five chapters of the game are presented essentially word-for-word. But as each chapter is completed, a new parallel “Z mission” is unlocked, featuring a new character, Nozomi Weaver, a talented Japanese surgeon working with Delphi for unknown reasons. 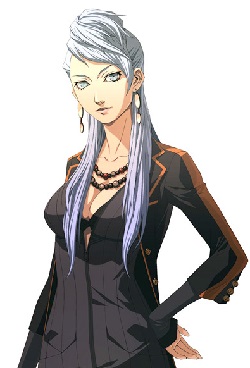 A talented Japanese surgeon with a Healing Touch. Dour and sullen, but has a deadpan sense of humor. She was disbarred and deported to America in a bit of a witch hunt, and joined Delphi where she kept Sinners alive to be tested further. After Delphi was raided, she joined Caduceus Europe offering her Healing Touch and Savato samples in exchange for immunity.

Since Nozomi is working with the main villains, her missions don’t quite have the feel-good aspects of Derek’s – she is saving lives, yes, but she’s prolonging them for use in heinous medical experiments. Completing these ethically dubious operations without totally understanding Nozomi’s motives for doing so doesn’t feel great, and it provides quite a contrast to Derek and Angie’s constant agonizing over how to do the right thing.

That said, her missions are totally fun, and full of original mechanics making use of the Wii motion controls. One has you reconstructing a shattered bone by finding the pieces and rotating them into place, and one has you operating at the scene of a car accident in a dark tunnel, necessitating the use of a tiny pen light you point around during the procedure. One, notably, is the series’ first organ transplant operation. These mechanics all become series mainstays, appearing in every future game.

Nozomi also has the Healing Touch, but hers works differently – it doesn’t slow down time, but it increases the patient’s vitals a bit with each successful surgical action. Whereas Derek’s Healing Touch simulates the feeling of intense focus by slowing down time, Nozomi’s might capture this feeling more faithfully – you find yourself able to focus more on performing successful actions quickly, not having to raise vitals manually. 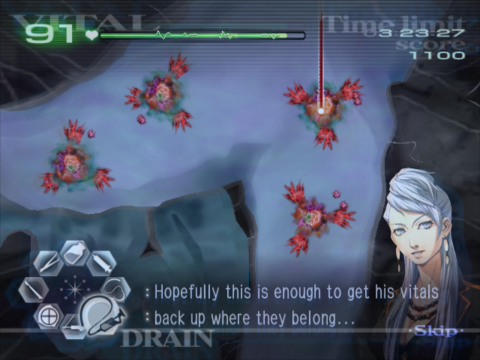 The ending of the game is quite different, and noticeably lighter in tone. The original sixth chapter, was a sort of boss rush of seven “sin” missions through every strain of GUILT, which was not terribly creative but was challenging and had the darkest plot by far. That chapter is gone, its events cleaned up and presented in a brief cut scene. The new sixth chapter is set at a medical conference at Europe, which is attacked by airborne GUILT. As Derek and Nozomi meet and work together, so do the different strains of GUILT – you’ll often have to fight multiple strains at once, including once on Derek himself. The final mission has you trading off between Derek and Nozomi to work on Dr. Hoffman, here infected with the evolved Savato strain.

Once more, the game offers seven brutally hard “X-missions” at the end of the game, one for each strain of GUILT. This time, you can use either Derek or Nozomi to complete them, in case you think Nozomi’s Healing Touch might better suit the operation.

Shoji Meguro returned to arrange the tracks from Under the Knife and contribute new compositions. The re-arrangements are fine, mostly the same but with clearer instruments and a few new added harmonies. The original game’s music was a bit sparse, so the new compositions add some variety. The new melancholy piano tune that plays on the Mission Select screen is an excellent addition to the soundtrack. The new final boss theme, “Vulnerability,” definitely stands out, especially to fans of Persona 3 and 4, with its distorted guitar, strings, and piano.

Second Opinion is almost certainly a better entry point to the series for newcomers, being a much more polished and less frustrating than the predecessor. There is just enough new content, in Nozomi’s Z-missions and the new sixth chapter, to satisfy veterans of the first game as well, even if they might take issue with some of the plot changes. And thanks to the difficulty selection, the original game’s absurd challenge level is still there for anyone interested. 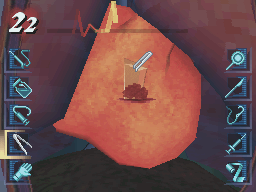 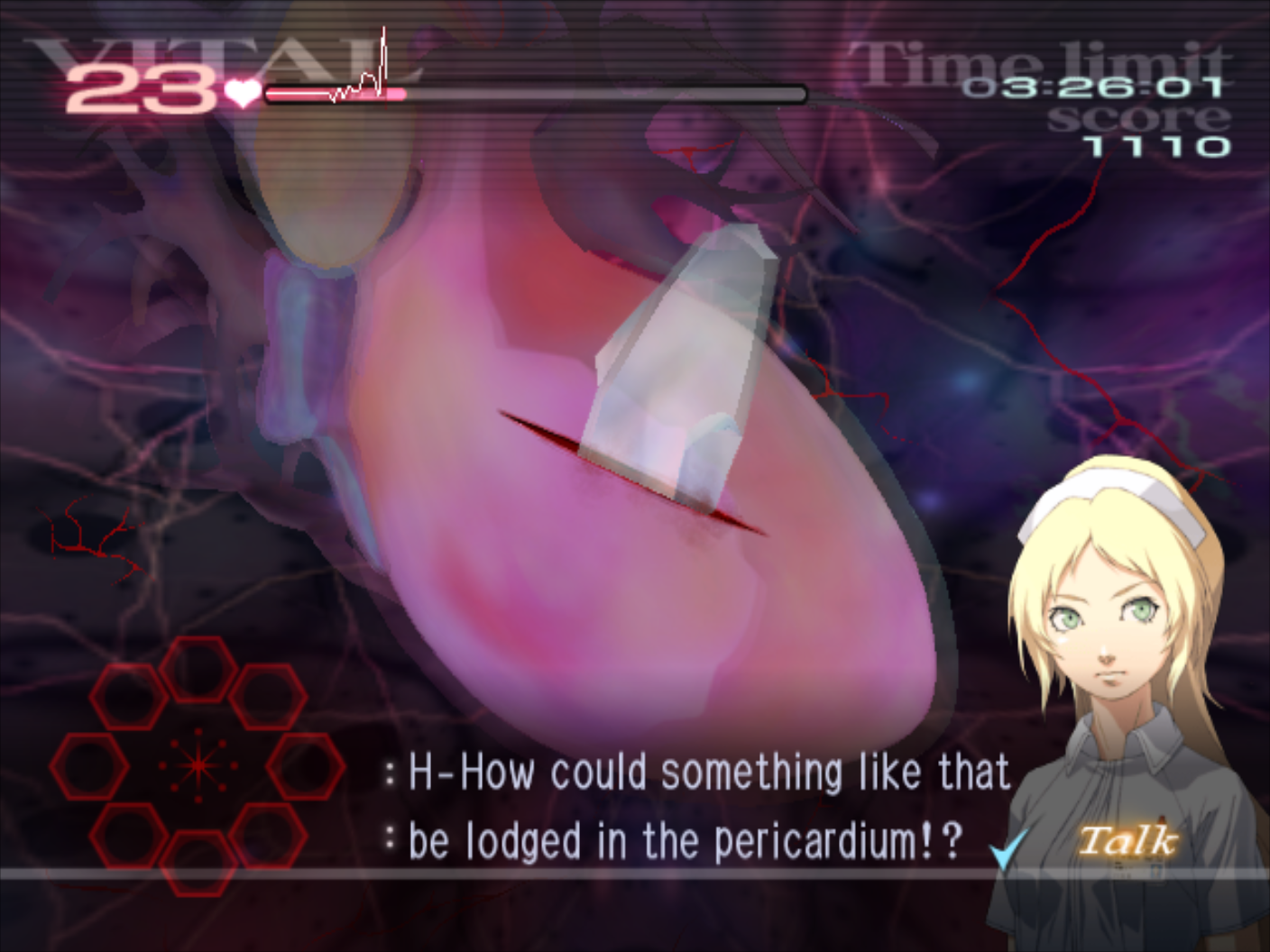 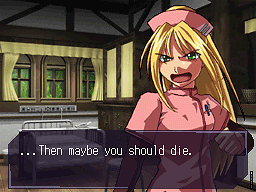 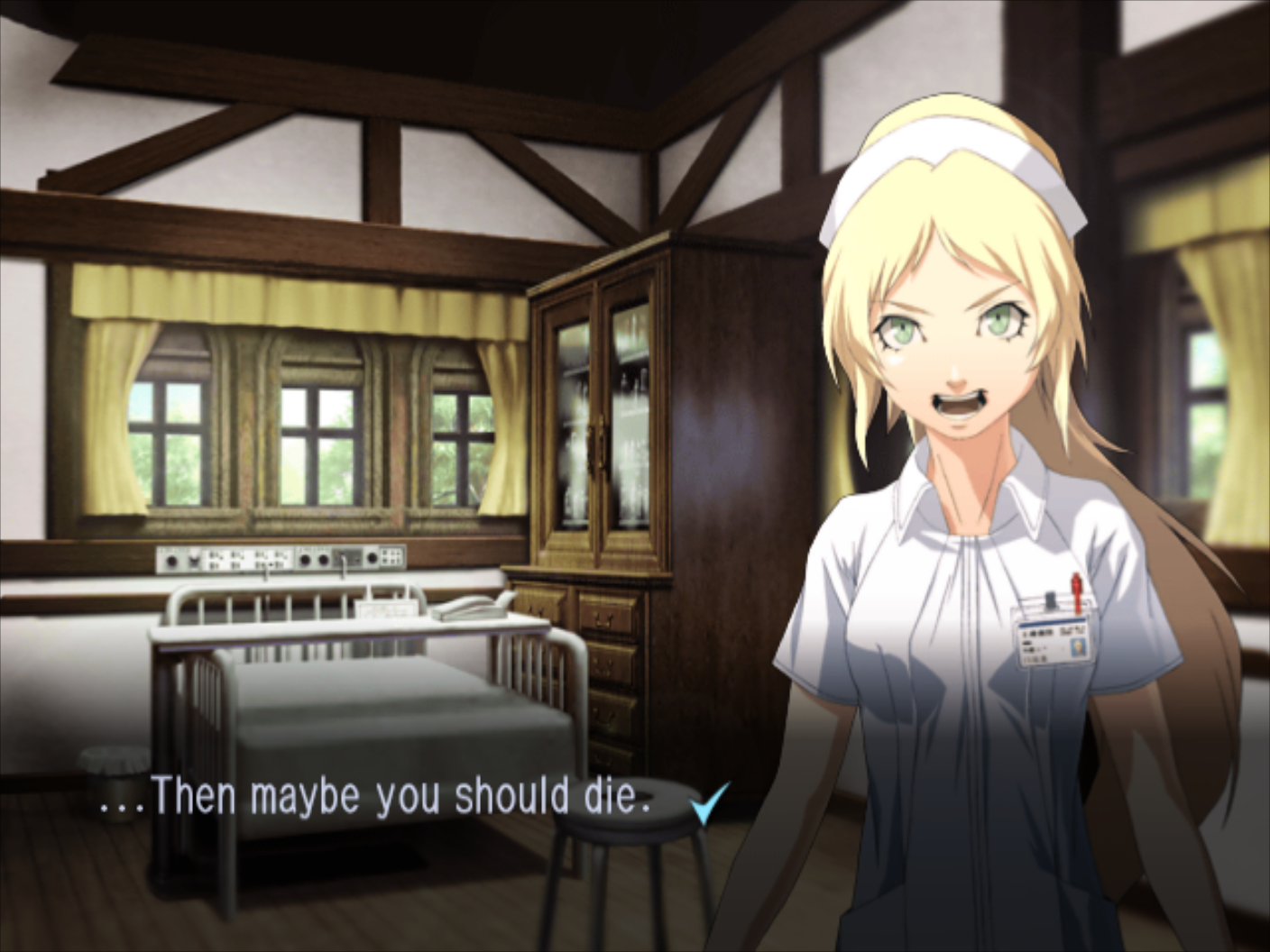 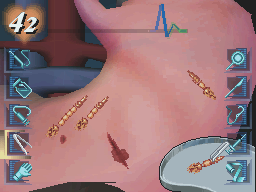 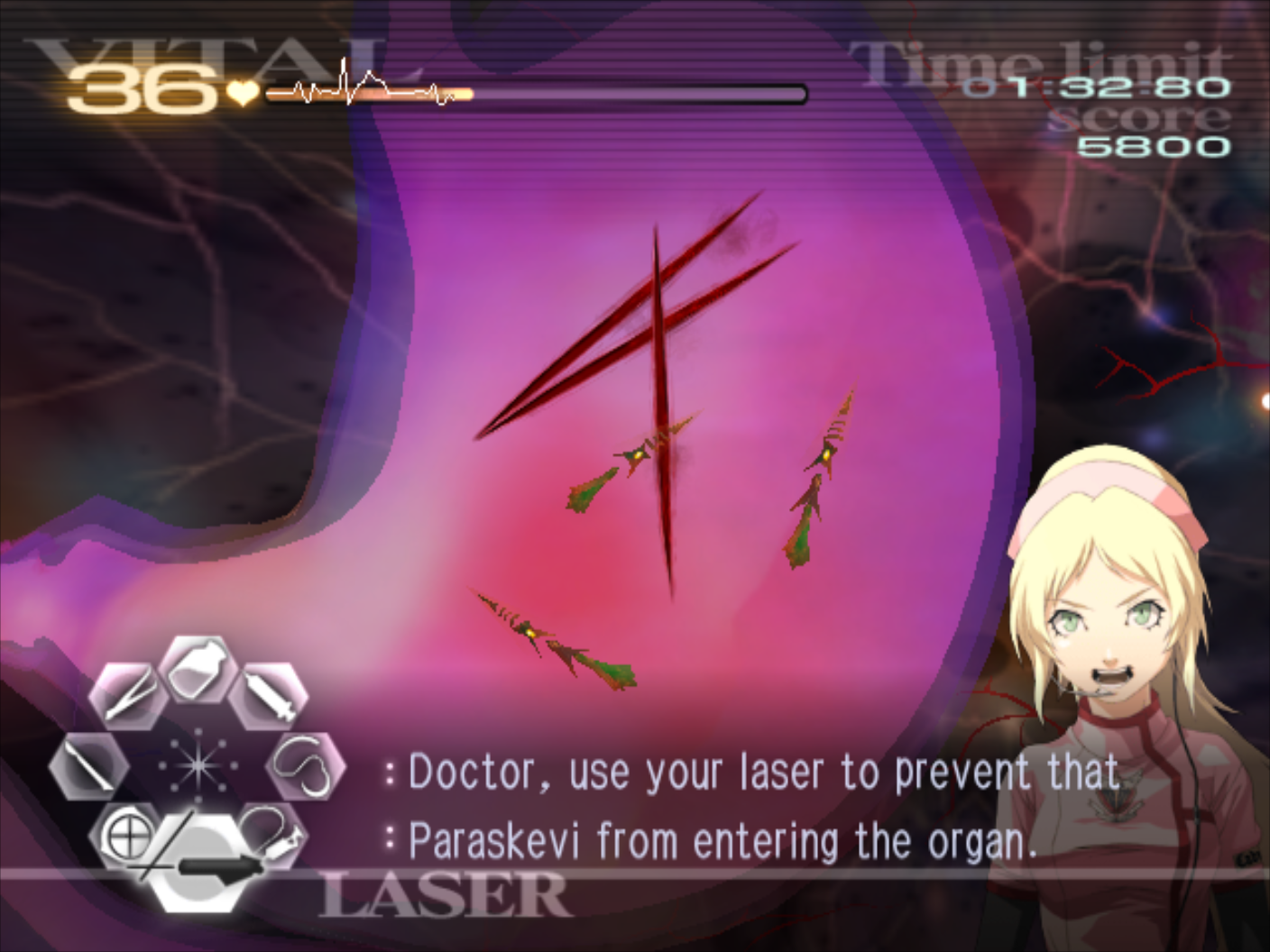 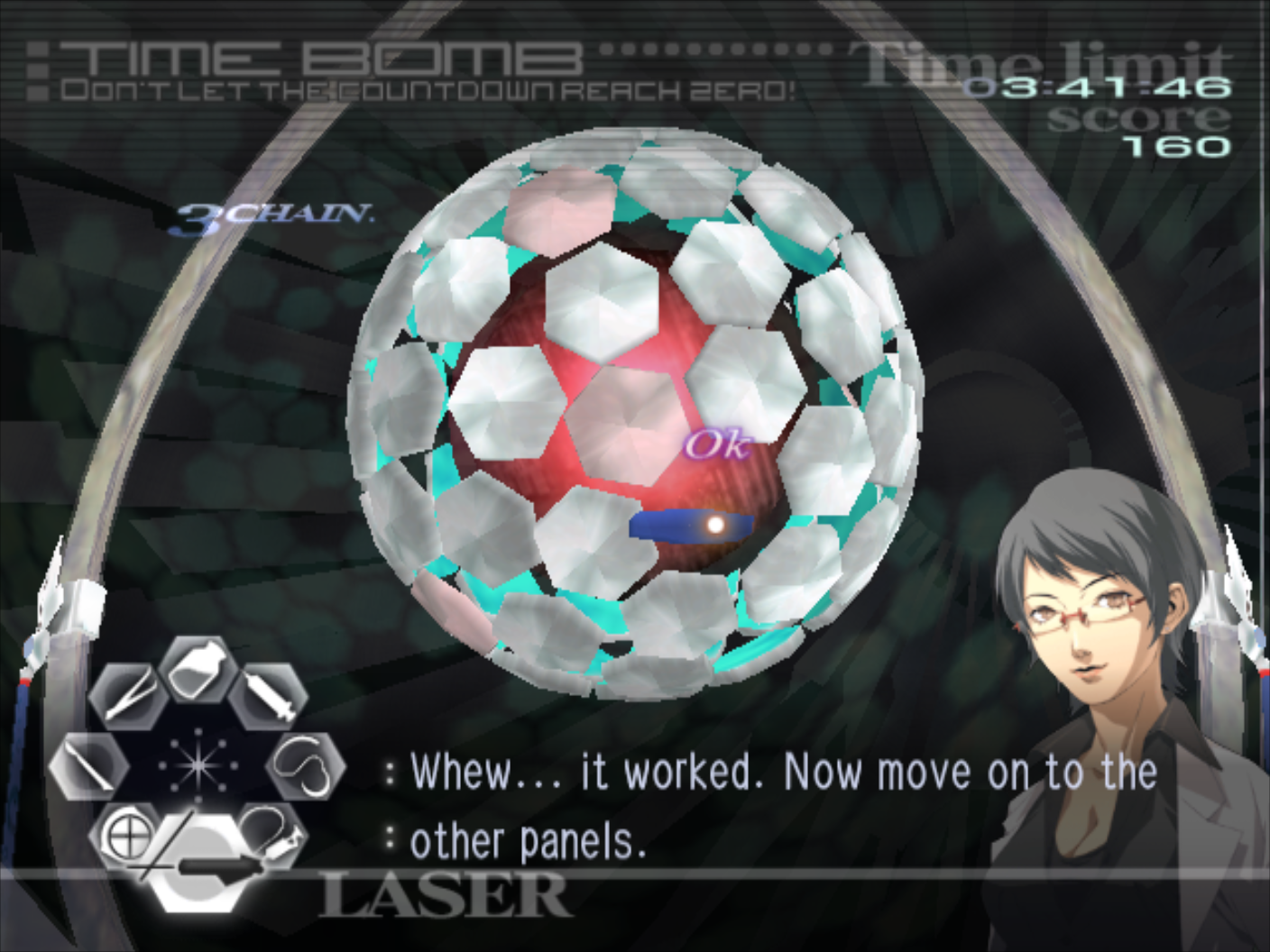 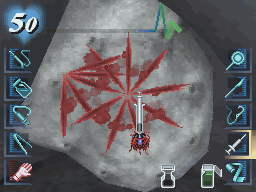 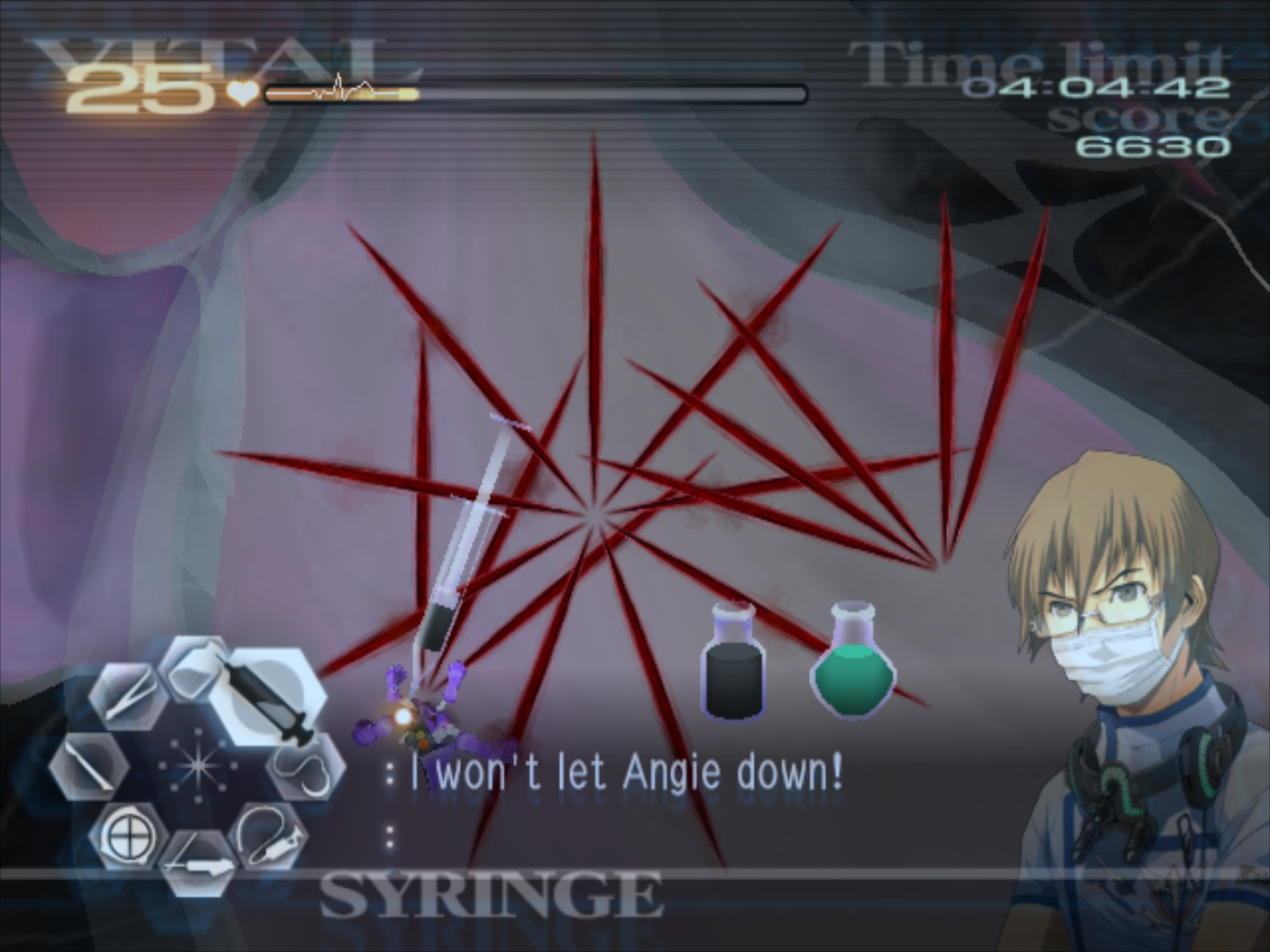