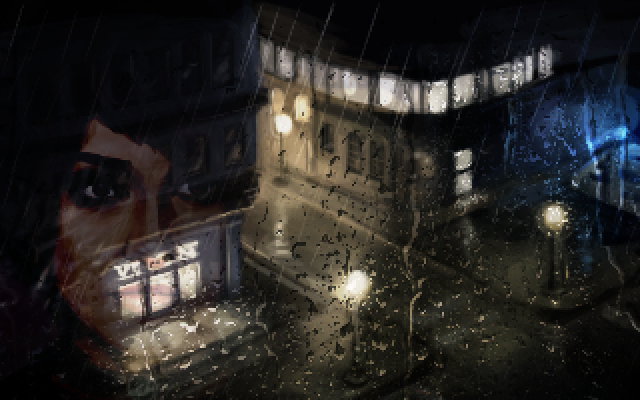 If you’re thinking this looks a lot like a Wadjet Eye game, that’s not surprising, as both Dave Gilbert and Ben Chandler helped in production. But no, this is not their game. This is an Owl Cave game, the same group behind the much less visually impressive Richard & Alice, and has a known history back to 2013. At the time, the group worked with Ben on a free release called Sepulchre, a point and click horror game that relied on mood over shock or surprise. The title eventually became the middle entry in a proper full release called The Charnel House Trilogy, telling the stories of the goth Alex (star of parts one and three, Inhale and Exhale) and the archaeologist Harry (Sepulchre). That said, its understandable if you’d mistake this as a Wadjet Eye game after all this (it even references the Blackwell series at start) …until you hear the voice of Jim Sterling coming out of the mouth of Alex’s neighbor.

The game is a short two hour play, with the first part barely being a proper game segment, and the second lacking the fleshing out of the third part. That last part is where all the meat is, as the game puts Alex through all sorts of psychological torture and brings back Jim’s character into the story. For hose unaware, Jim Sterling is one of the few members of the gaming press who’s name is recognizable to the average gamer, growing his own following through his self-parody persona in his videos, not to mention the many ridiculous things he does and says and writes and just generally exudes into the either (“Jonathan, you should be the Grudge! The Grudge of Boston!”). He is a clown with a point, but a clown none the less. Yet here he is, in a horror game about a mysterious train that puts its passengers through divine judgment by making them face their sins, sounding exactly as he always does, both very British and very hammy. His first lines feel completely out of place, especially with his character’s design.

And then you hit the third part of the game. 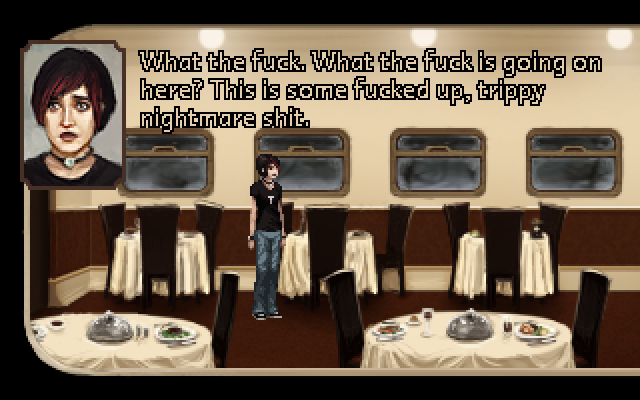 Really, there is just so little to talk about (due to so much of the game being a vague mood piece that feels mostly like set-up) other than the sheer wrecking ball of ham that is Jim “Fuckin'” Sterling, son. The game is very well acted, and there’s some really memorable scenes, but not much can be said without spoiling the many twists the game tosses out. Otherwise, it’s just the pretty art and Jim.

Why is Jim Sterling acting worth talking about? Because he is such absolute perfect casting and just OWNS the entire game whenever he’s allowed to talk. Jim suddenly goes from clown to twisted monster, taking his tragic and broken character and delivering each and every line with delight and not at all hidden rage and disgust. There are so many fantastic performances here, including Madeleine Roux’s powerful turn as Alex (and this is her first acting role!), but Jim blows them all out of the water when Jim is simply allowed to be Jim. He even out acts Abe Goldfarb, longtime actor for Wadjet Eye, by getting to describe some truly horrific imagery and loving every second of it. He’s going full Nic Cage at times, far too real to be considered properly good, but also so real that it’s hard not to pay attention to him when he’s going all out. Jim Sterling is what saves The Charnel House Trilogy from being an uninteresting prologue to a much more interesting game in the works. He is so utterly devoid of subtly that it’s hard not to be entrapped by his speaking patterns and pronunciations. In a game narrative so focused on hidden meaning to the point of having almost nothing to latch onto, Jim forces the player awake through sheer charisma so few could ever hope to muster. 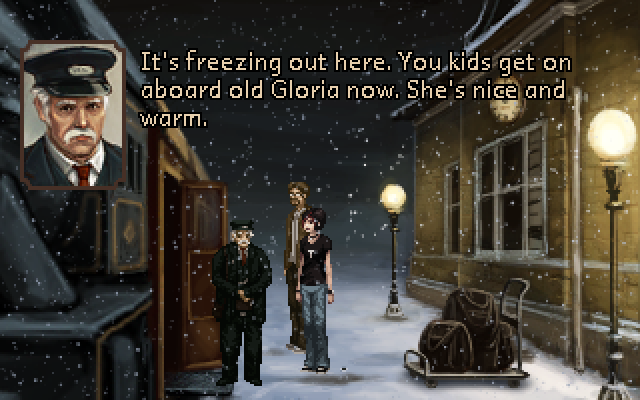 But besides Jim? It’s mostly a footnote on Wadjet Eye’s history, and it’s not even technically their game. The game’s ambition is barely there, and there’s a lack of finality to the very interesting scenario it sets up. It also plays around with psychological horror in ways we’ve seen done better in the likes of Silent Hill and Lone Survivor, making it lack an interesting creative hook indie games need badly to succeed (which is probably a reason they cast Jim). The middle chapter also feels very out of place and could easily be ignored without missing a single beat in Alex’s two stories. Even the ending would lose some impact if not for the vocal performances. The horror is done better elsewhere, as is the point and click puzzling (which is a massive afterthought here). Sadly, it’s just not a terribly interesting game, but it would probably read much better as a short novella. Hopefully the planned follow up will have more meat on it.