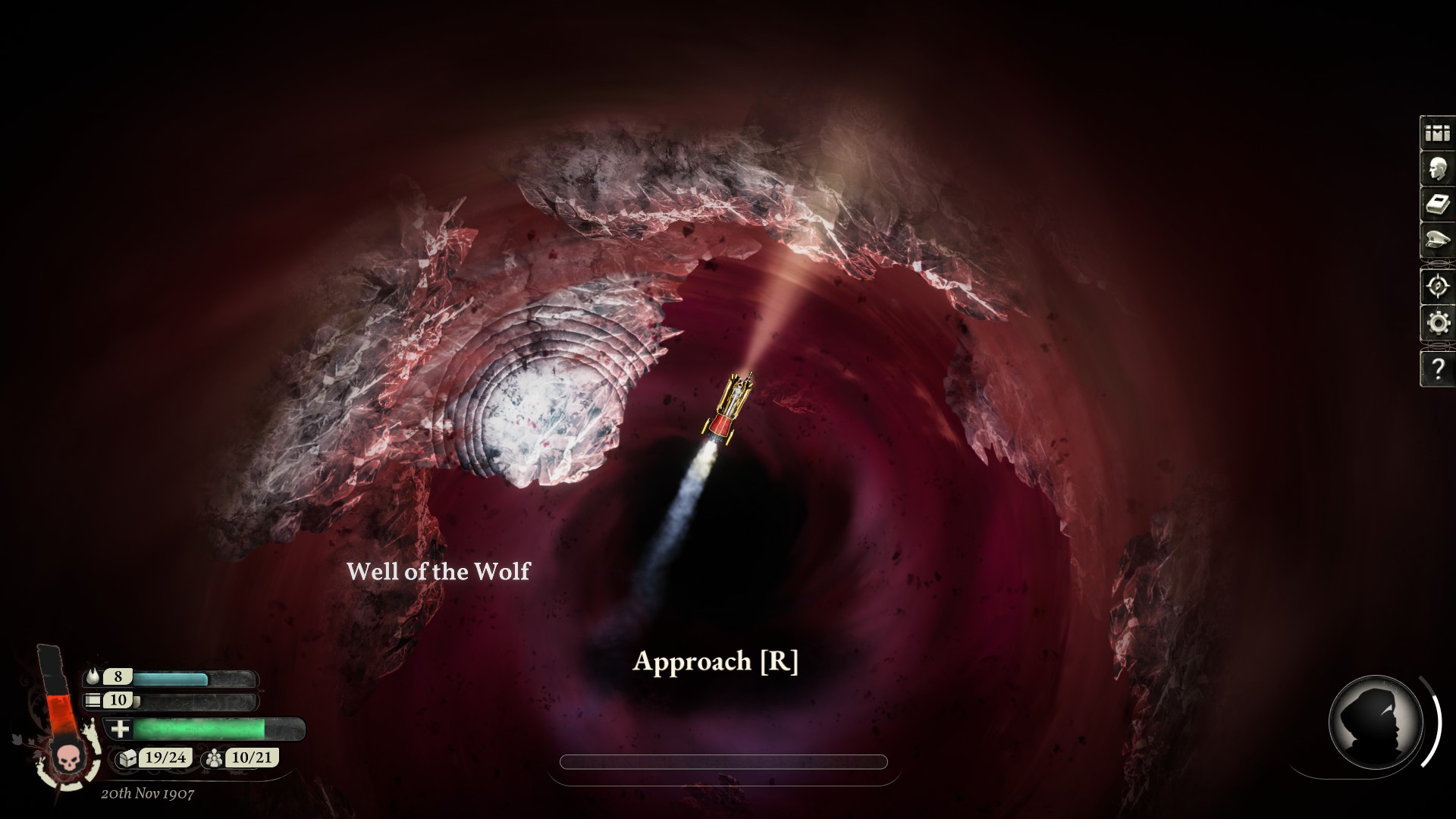 Sunless Skies is, in many ways, the game that Sunless Sea should have been. This time, Failbetter finally becomes comfortable with making a narrative-driven, text heavy RPG, leaving only vestigial remnants of grindy MMO-like mechanics and out-of-place roguelike elements that plagued their earlier games. Unfortunately, while almost all of the gameplay changes are for the better, the same cannot be said for the story as it seems that some of the magic of Fallen London‘s unique setting has been lost in the process.

Sunless Skies is all about space exploration, but for all intents and purposes it functions just like the Unterzee from the previous title: it’s a 2D map navigated from a top-down perspective, with ports placed in random (but not too random) locations and serving as both trading hubs and opportunities for text-based adventuring. This is simply a gameplay convention, but it’s clear that ‘space’ (also known as the High Wilderness) in the world of Fallen London is not the same thing as in either our world or most of science fiction: it can be explored with a flying train, trees grow in it, and its biggest danger is not low temperatures or lack of oxygen but the insanity-causing effect of looking directly into the light of stars. 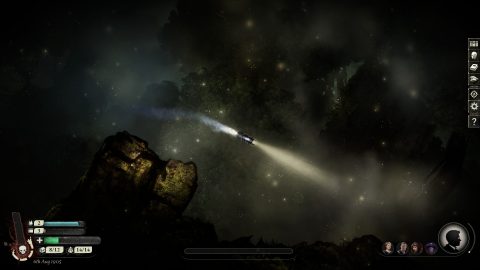 The stars themselves are important to the game’s narrative – after all, the Liberation of Night (which was teased by the previous titles) has begun. The stars are dying, and with their deaths the laws of physics are beginning to fall apart. Sunless Skies increases the stakes and the scale of its story to the truly cosmic levels, bringing to the forefront what used to be deeply hidden lore.

The game’s shift to a more grand, epic narrative isn’t really felt in how it plays. It’s still mostly about resource management, trading and exploration. Most of those are a direct improvement over Sunless Skies: most importantly, making money is much less of a chore now because of reliable trade routes and the addition of prospects (randomized opportunities to sell a number of specific goods at a specific port for a higher price, with a small bit of story explaining the reason for it and, after you make a delivery, the consequences). Another welcome addition is the Bank which allows the player to store surplus items in major cities instead of having to carry them around everywhere and therefore wasting valuable cargo space. 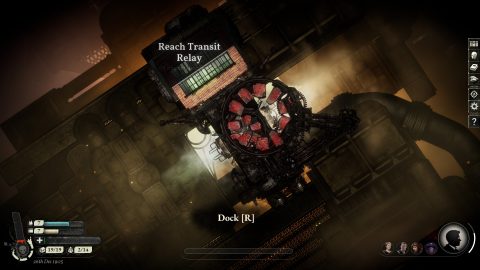 One of the few areas in which gameplay is worse than it used to be is, unfortunately, exploration. Each locomotive available to the player moves at a snail’s pace – which would be forgivable given the game’s mood and generally slow place, if not for the fact that Sunless Skies is roughly four times as large as Sunless Sea (as each of the game’s four region is of similar size to the entire map of the previous game). This is made worse by the fact that the map is littered with mostly useless random treasure caches, buildings and abandoned ships, and your bat (yet another mechanic inherited from Sunless Sea: it is possible to send out a bat – or some other animal, if you manage to buy them – to mark a nearest undiscovered location on your map) will pick up dozens of them before finding the port.

The size of the game world also becomes an issue in the late game as finishing quests often requires gathering rare items from different parts of the map (or sometimes from different regions). At some point, it seems that whatever time was gained by reducing the need to grind becomes lost again due to needing to mindlessly traverse the much larger map, occasionally running away from combat encounters to avoid wasting even more time.

It’s a shame because some thought has been put into redesigning both movement and combat. Weapons now don’t have a cooldown timer or auto-aiming, instead requiring you to precisely position your locomotive to aim and manage the engine’s heat as it increases when you fire. An evasive strafing maneuver has been added to the player’s moveset, allowing quick dodging and making it easier to adjust your course without needing to slowly rotate the locomotive into a desired position. This could have been used as a basis of both interesting fights and navigation challenges, but the former is hampered by poor weapon selection and unimpressive enemy AI (the only ones that are actually interesting to fight are ‘guests’ – locomotives possessed by strange, alien creatures who actually know how to use the train’s movement options to the full extent, don’t blindly charge into the player and use their weapons well) and the latter suffers from the fact that the damage which happens on collision with the environment is small enough that avoiding it is usually not worth the effort. 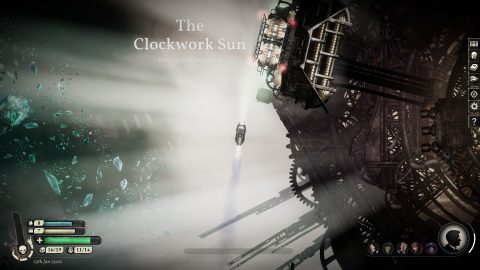 The roguelike elements from Sunless Sea are mostly underemphasized. ‘Merciful Mode’ in which the game autosaves at ports is now featured prominently, there’s no real need to grind up the stats across multiple playthroughs and when continuing a dead captain’s legacy, progress of some of the quests is kept and a map of discovered locations is carried over (without the experience point penalty that came with it in the previous game). It would be completely possible to remove permadeath, random generation and legacy system without harming the game (with an exception of needing to redesign an early part of a quest for the game’s hidden ending), but their inclusion is inoffensive and easy to ignore.

One of the most interesting additions to Sunless Skies has to be how it treats the leveling system. Mechanically, it is very simple: it all boils down to picking the stats that will be increased, with some choices also modifying other qualities (e.g. player’s standing with some of the game’s factions). The interesting part is that this is presented as a choice regarding the character’s backstory. Like in the previous games, the character’s general background (e.g. as a soldier or an artist) is picked at the beginning, but the leveling system allows filling in the details in the form of a smaller, parallel narrative. In the end, it is a little bit underdeveloped (there’s simply not enough of it), but the idea is very promising: after all, few games allow the player to choose his character’s backstory prior to the events of the main plot and even fewer do it outside of the few simple choices on the character creation screen. 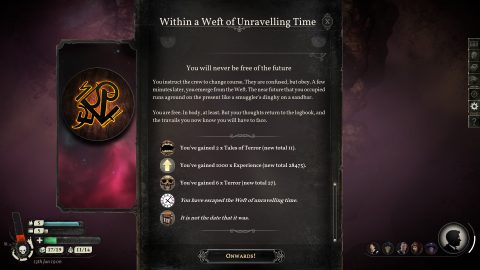 Sunless Skies is a very good looking game. The background is now not just a black void from which islands occasionally emerge but a collection of mesmerizing starry backdrops, enhanced by the subtle 3D effects. The entries in captain’s journal now appear not in a small text box at the bottom of the screen but directly on the map, just like they did in Sunless Sea trailer. The brilliant art direction which gave Sunless Sea its memorable islands is back, and now the ports look even better due to much more detailed artwork. There is a trade-off though: the black void of Sunless Sea felt dark, scary and lonely. The world of Sunless Skies never does.

Like the previous game, Sunless Skies has a really good soundtrack. Unfortunately, the game wants to showcase it a bit too much – there are no quiet parts now, and without the quiet parts there’s no increasing the volume of port’s theme as you get closer. It’s a shame because in Sunless Sea that effect worked really well on three different fronts: it made navigation easier, it made the open sea scarier and it made the ports more welcoming. 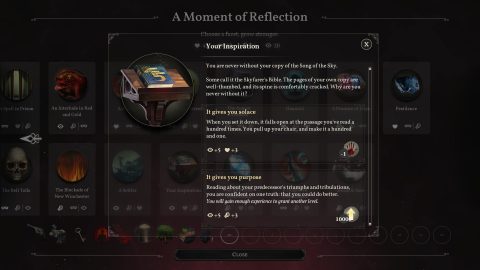 In almost any game series, a sequel which greatly expands on the lore, answers many questions and increases the stakes would be a natural direction to take. Unfortunately, Sunless Skies is a part of the very unusual Fallen London series, and some of those changes tend to go against the style established by the games that came before. Fallen London and Sunless Sea tended to make the world complex and hard to understand while at the same time keeping most of the world-changing events outside of the direct narrative. Most of the player’s adventures were on a much smaller scale – and if they weren’t, they were available only to the most patient and dedicated players. All those choices made the setting strange and mysterious, as if the rules governing this world always evaded your understanding.

The politics of Fallen London were abstract: London declared and lost the war against Hell, the anarchists (in a reference to Chesterton’s The Man Who Was Thursday) sought to abolish the very concept of law including, of course, the laws of nature. In Sunless Skies, all political issues are simply exaggerated versions of real politics of XIX and early XX century: colonies wanting to become independent, rapid industrialization increasing the conflicts between social classes, old empires decaying into a bureaucratic nightmare. Some of the fantastic elements feel less creative because it seems that they’re mostly intended as an allegory (e.g. the temporal manipulation that London uses to make its elite immortal and its factories more efficient). Each of the regions has a concrete theme that it explores – The Reach is a frontier in the process of being colonized (and in process of gaining independence), Albion is a powerful and seemingly beautiful empire which struggles to hide its true (much less beautiful) nature, Blue Kingdom is the afterlife and Eleutheria is the chaotic land without the stars and their laws. While it makes the game thematically consistent, it also makes it much more predictable than anything that came before. 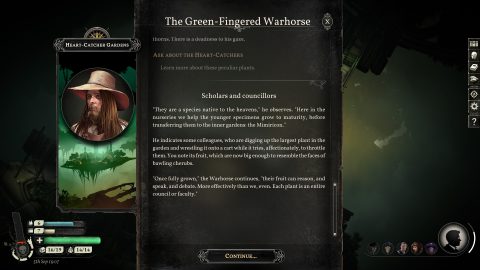 Unlike other games in the series, Sunless Skies loves to reveal the details of its lore. It is quite easy, for example, to learn that the devils buy people’s souls to feed the Judgments (stars) which they serve. And while it neatly ties together a few different elements of the setting, there’s just one problem with this: the player did not need to know that. While it makes it easy to understand how the game’s world works, it just can’t compete with the explanations that the players could build in their heads from incomplete information. Each time such ‘mechanics’ of the setting are revealed, the world loses a little bit of its dreamlike, mysterious appeal. The strength of Fallen London and Sunless Sea was not logically consistent lore but its weirdness, unpredictability and creativity.

Sunless Skies is a conventionally better game than anything in the series. Its gameplay, while still flawed, fixes most of the biggest issues with Sunless Sea and shows that Failbetter is capable of unlearning the bad practices that come from the browser-based MMO industry. Unfortunately, its setting and story are not as interesting and memorable as that of its predecessors. The writing quality is still high and some of the stories (especially the ones written by Harry Tuffs, the creator of A House of Many Doors – for example, a hidden quest during which the player starts hallucinating an idealized vision of medieval England and begins a quest for the Holy Grail) wouldn’t have been out of place in Fallen London, it seems that the departure of the original author resulted in loss of the overarching vision that made those games something truly special.