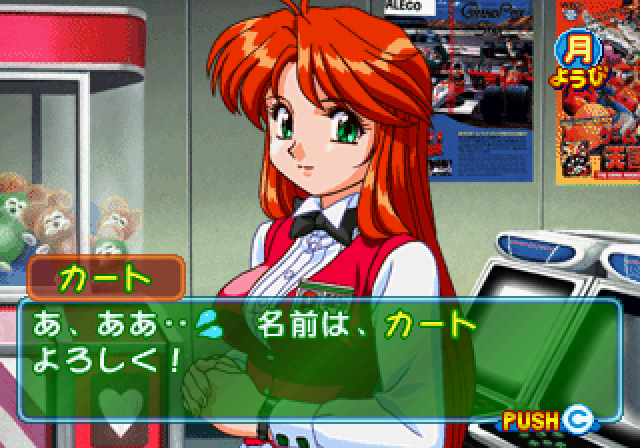 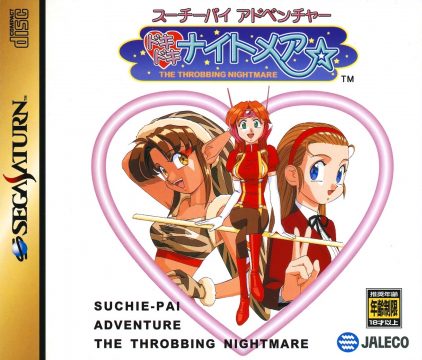 Jaleco’s Idol Janshi Suchipai series began a Super Famicom mahjong game featuring an assortment of pretty girls, often with bizarre roles. These include a bunny alien girl, an undercover American police officer, an idol that’s actually the princess of a magical country, and a military cyborg. And of course there’s the title character, known normally as Kyoko Misaki, an employee at a local arcade, but can transform into her alter ego, the “heroine of justice”, Idol Fighter Suchipai (occasionally spelled “Suchie-Pai” in English). The character designs are provided by Kenichi Sonoda (Gunsmith Cats), and there wasn’t much else like it on Nintendo’s platforms at the time, so it was relatively popular. 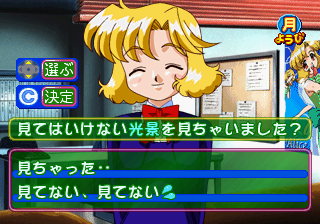 Still, ecchi bishoujou mahjong games are basically a niche within a niche, so Jaleco briefly expanded the series outward with Suchiepai Adventure: Doki Doki Nightmare, which put the focus (slightly) more on narrative. (The packaging translates the subtitle as “The Throbbing Nightmare“, which is technically correct but makes it sound dirtier than it actually is.) Playing as the nameable protagonist, you explore the Kamiyoga neighborhood of Setagaya, Tokyo (based on the real world location of Jaleco offices) as you meet and talk with the various girls from the mainline series. However, everyone you meet ends up succumbing to some kind of strange coma, which is eventually revealed to be the work of a demonic girl named Lilim. Over the course of five days, you need to figure out how to stop them. 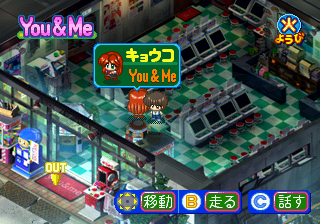 The adventure is actually pretty short, but there are several girls to interact with, and plenty of alternate scenarios, making it quite replayable. The game comes on two discs – the Adventure disc and the Date disc. Depending on how the girls like you at the end of the story mode on Disc 1, you can then put in the Disc 2 for modes that focus explicitly on dating them. The wacky assortment of ladies help sets it apart from typical dating sims, and there’s plenty of anime FMV too.

The game was released on both the PlayStation and Saturn, with the latter being a little naughtier due to Sega’s looser content guidelines, which earned it a “yellow” age rating, recommended for adult players. Along with these modes, there are a handful of minigames, including a vertical shoot-em-up featuring Jaleco’s erstwhile mascot Ninja Jajamaru-kun, and a multiplayer mode where you chuck bombs around an arena, which is basically a remake of their arcade game Buta-san, more widely known among European gamers as Psycho Pigs. 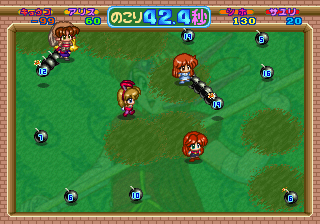 The main Suchipai series continued on through the PlayStation 2. None of the games saw release outside of Japan, though a 30 minute anime OVA was translated into English and released on DVD under the translated name Idol Fighter Su-Chi-Pai.

Kitty on Your Lap