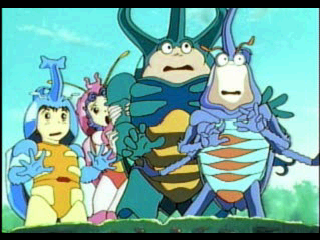 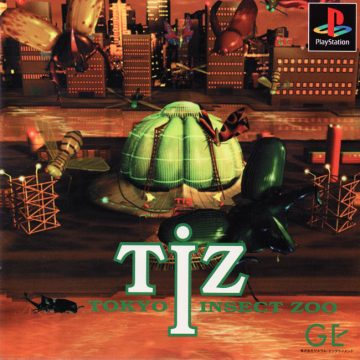 Tokyo Insect Zoo (shortened to “TIZ” on the cover) is like a very loose rendition of Franz Kafka’s Metamorphosis but for kids. Indeed, it’s actually based on the children’s book Ryo no Kabutomushi Ryokou (“Ryo’s Rhinoceros Beetle Journey”), though significantly altered.

A young boy named Ryo meets a mysterious woman, after which he falls asleep and wakes up as a beetle. After exploring a bit and meeting some other insects, which like himself, are halfway between human and insect, he learns that he’s in the titular Tokyo Insect Zoo. Ryo, together with the goofy brothers Bru and Zukka, and the girl Orga, have plenty of fun times venturing through the different environments and meeting other creatures. However, it’s eventually revealed that the zoo is being demolished. And it’s just as well, since the life of an insect is extremely short. Thematically, it deals with themes of reincarnation and the apocalypse, which are awfully heavy for a title aimed at children. 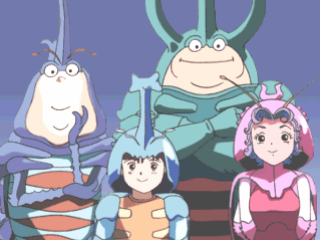 However, Tokyo Insect Zoo is just barely a game. Much of it consists of full motion anime video, created by Studio Pierrot specifically for the product. It’s all fairly cute, though the video quality suffers a bit due to the compression. When you do interact, it’s mostly just scenes where you wander around 3D environments from a first person perspective until you enter the next scene, and conversation scenes where you can pick your dialogue. The whole thing can be seen in an hour or two, and there’s no way to save, nor any real branching points. So it’s a really interesting concept, but it’s also one of those things that barely benefits from being interactive. Which is unfortunate, since there was quite a bit of multimedia CD-ROM software in the novels which functioned as an interactive children’s novel, whereas this feels more like it could’ve been an anime OVA. Nowadays, you can get the whole experience by watching scenes on streaming sites.

This title was developed by General Entertainment, a purveyor of some rather unusual games like this one. Their most well-known titles among English speakers are probably Godzilla Generations and Pen Pen Tricelon, two launch titles for the Japanese Dreamcast.