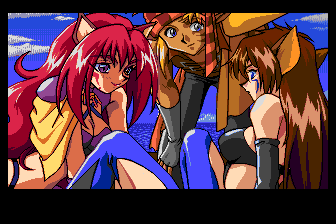 In Steam-Heart’s, you play as a duo of warriors, a dude named Blow and girl named Falla. The idea is, there’s a virus that’s infecting a group of catgirls and have driven them crazy. I may be simplifying things a bit, but that’s the general idea. The only thing that can cure them is Blow’s man juice. The only way to save is them is by piloting their starships through wave after wave of enemy fighters, destroying the boss robot piloted by the infected target, and railing her six ways till Sunday. I’d love a feminine critique to this concept – it’s massively hilarious. And if you take the “shmup as dating” metaphor too far, what does that make the boss fights, foreplay? 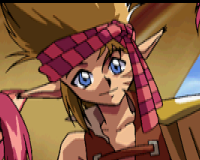 Know as “Blow” (!!) amongst friends, this guy looks like a more pimpish version of Naughty Dog’s Jak. Lucky bastard. 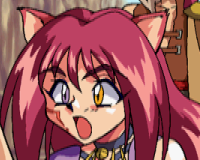 Usually called “Falla”, this pink haired catgirl actually has a hidden…member which she helps use to prep their fallen opponent before Blow injects them with his special serum. 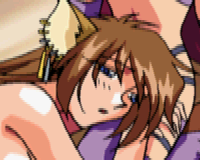 Sierra is the first boss, a brown haired fox girl with an impressive array of earrings. 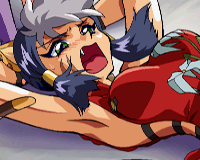 Homay is the second boss, and more closely resembles a tiger, although she appears to be wearing a Chinese dress. Before it’s ripped off, anyway. 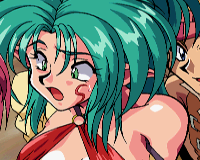 Yea has a whole lot of green, spiky hair and wears a funny looking bikini. 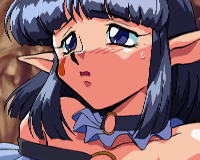 Chelno seems to resemble an elf. She has blue hair in the PC versions, but black hair elsewhere. 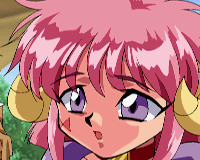 The underage girl of the group, this pink haired girl seems to have…ram horns? 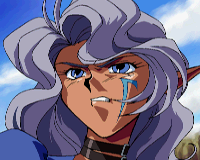 Another catgirl, this time a bit stronger and confident looking, with grey-ish hair. 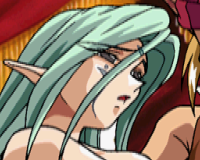 The last boss. She wears all kinds of fancy make-up, and nearly sacrifices herself in order for Blow and Falla to make their escape. 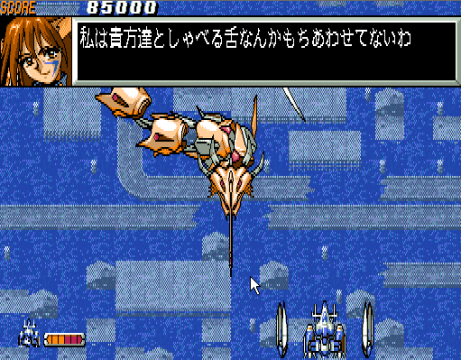 In the PC98 version of the game, your ship is equipped with a primary weapon, which is either a vulcan cannon or a laser. Both can be upgraded or switched by grabbing power-ups. You also have an array of secondary weapons – some include turrets that stay at a certain part of the screen and rain fire, while others are satellites that hunt down foes, similar to MUSHA. You only have one life, but you ship can take approximately six hits before being destroyed, which isn’t so bad. Although you can’t directly control the speed of your ship, you can temporarily boost in a direction, so you can quickly dodge enemy fire or snag some power-ups. This is probably one of the most well implemented aspects, and should show up in more shoot-em-ups.

Graphically, outside of the cutscenes, there’s very little that Steam-Heart’s does to distinguish itself. The one level takes place over the sea, another takes place in the sky, another over land, another in a factory, and finally the last one is in outer space. At least some of the boss mecha designs are kinda cool.

From a gameplay perspective, there are three different versions of Steam-Heart’s altogether, Now, the PC98 could produce some nice high res graphics, but the sprite manipulation didn’t exactly lend itself well to action games, so the movement is more than a little bit choppy. Since your ship doesn’t move particularly fast, you’ll probably be using the boost – a lot. Plus the game gets really difficult even the lowest difficult setting – it certainly wants you to put effort into get to any of the action. At least there’s two player simultaneous play.

The PC Engine CD version is substantially worse. All of the ingame graphics have been redrawn, and there’s a nice huge worthless status bar on the side of the screen. While the scrolling is much smoother, the gameplay feels much slower, even though it still tends to toss a lot of stuff at you at once. Furthermore, most of the secondary weapons have been toned down or eliminated, and the two player mode is gone, although you can select to play as either Blow or Falla. Altogether, it just feels rather boring.

Thankfully, the Saturn version fixes all of these issues. The graphics have once again been completely overhauled, and retains the action of the PC98 version while running at a much smoother pace. Some of the scaling and rotation effects have been put to great use too, especially on some of the bosses. Two player simultaneous is back as well. There are a couple of new secondary weapons as well, including a flame thrower and a lightning sword. You can also store up to three secondary weapons and detonate them as necessary (similar to some of the Star Soldier games), with each having some kind of unique effect. You can have a bomb weapon that triggers at the same time as your main weapon, so you can hit enemies on the ground, another addition solely for the Saturn version. While this port is plenty difficult, you’re offered unlimited continues from right where you died, so it’s not too hard to get through the game. While it’s technically the tamest of three (but only slightly over the PC Engine version), it’s definitely the best version of Steam-Heart’s. Compared to other Saturn shooters – well, it’s not quite in the same league as Dodonpachi or Soukyuugurentai, but it’s certainly not on the bottom tier either. Both console versions are pretty expensive, although the PC Engine one fetches a bit more, despite being inferior. 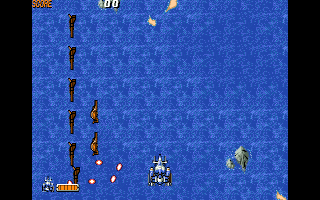 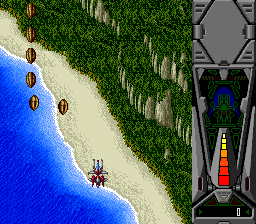 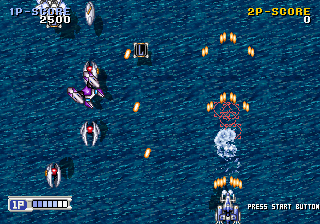 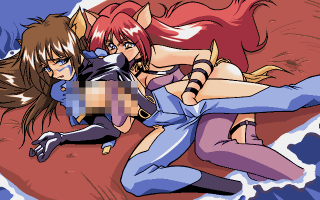 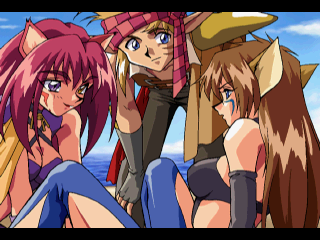