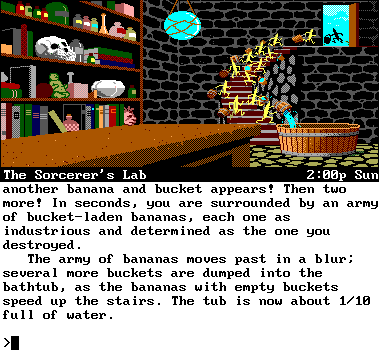 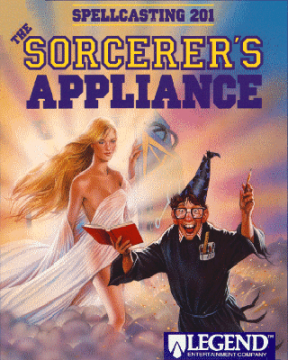 Sophomore year is a busy time for Ernie Eaglebeak. Not only is he called by the new University president, his trusted professor Otto Tickingclock, to find the Five Greater Attachments for the still wildly unexplained Appliance. He is also trying to become accepted at the fraternity Hu Delta Phart and thus has to deal with all kinds of tasks and chicanery, especially so as the pledgemaster Chris Cowpatty seems to hold a special grudge against him. 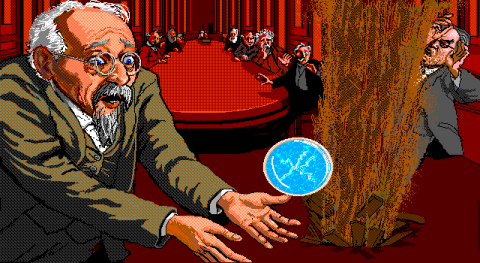 This time around almost the entire game takes place at the campus, but it has been significantly enlarged and some of the old backgrounds are redrawn (not the author’s favorite picture, of course). So the bulk of the game area is accessible at any given time, subjecting the player to even more confusion than in the last game. To make things worse, time is always of the essence, even when knowing exactly what to do there’s not much room to fool around. Be prepared for lots and lots of replays, trying to figure out where to go when and to do what and which classes are essential in order to skip the useless ones. One of the greatest challenges provides operating the Sorcerer’s Appliance, with a crapload of different setups. If you made it through the first game by the skin of your teeth, chances are this episode still will drive you insane.

Almost as frustrating is the feeling that a good portion of the game is copy protection. Not only it is necessary to rely on external material for the class schedule, Ernie also learns to play a magical instrument called Moodhorn, whose notations are only available in print, or at least were originally. Finally there’s the map of the impossible labyrinth that is the university’s new sewage system. At least reading that map proves a challenge in itself, for better or worse.

The engine in the first episode was capable of playing sounds and music, but it still was a very quiet game and seemed as if it didn’t quite knew what to do with the medium. The sequel makes more frequent use of these features, especially sound effects are quite common. Yet The Sorcerer’s Appliance is still a text adventure, and the speakers will be idle most of the time. Music only plays when it’s perfectly appropriate to the current scene, mostly when Ernie himself can hear it in the context of his adventure.

Through all these hardships Ernie still doesn’t win Lola’s heart, but he ends up in bed with several other females once again. Yet Spellcasting 201 might be a bit less naughty overall (after all there are girls left untouched by Ernie this time), instead the focus lies on silly pranks and Ernie applying his studies to solve the mystery of the Appliance.