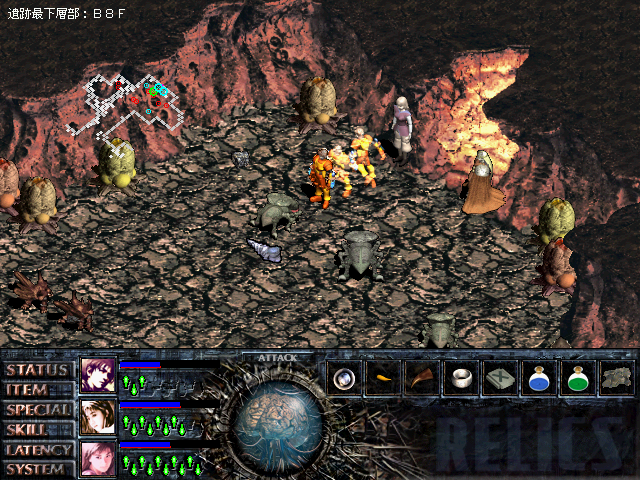 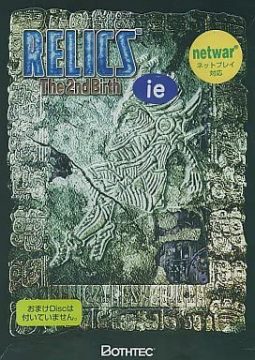 After Relics: The Recur of Origin has gained some notoriety as a well-made remake of 1986’s original, Bothtec, the games’ developer, has decided to give a somewhat new spin on the series – and a continuation of the previous installment’s story. While some core elements of the series remain, it was, in a sense, a very different game, this game being Relics: The 2nd Birth.

While The Recur of Origin was a game of exploration and essentially making your own story for the protagonist that didn’t focus much on combat, The 2nd Birth has become a straightforward hack-n-slash game that tells an equally linear story between encounters with what is essentially entire enemy armies. Just like the prequel, it is an isometric game played in real time centered around the mechanic of possessing enemy bodies, dubbed Spirit Ride. 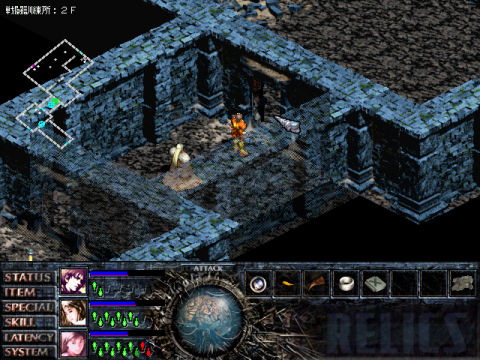 The plot revolves around MARX, an organization of human colonists that came to an unnamed planet and, finding a mysterious fortress on one of its many beaches, has decided to investigate the discovered ruins. During the research, MARX have discovered that the fortress was a home to two alien factions stuck in a constant war – Hell, a race of demonic creatures that have mastered manipulation of their biology, and Heaven, cybernetic lifeforms resembling animated suits of heavy armor (often of unusual design), that, in turn, are experts in all things mechanical and robotic. Among other things revealed to the archaeologists, is Spirit Ride, a technique of separating one’s life force to reviving a corpse and transfer one’s mind into it. MARX was quick to try learning this ability, doing many experiments on the volunteer soldiers of the organization. A few of these soldiers is the player character, Randy, a captain of the Spirit Ride squad and his subordinate Karen, a sniper that Randy has feelings for.

The game starts with the Spirit Ride squad demonstrating the results of experiments to the higher-ups by possessing a few dead rabbits. Later, however, Randy is tricked into leaving his body and having it snatched away by a traitorous soldier which proceeds to drop him deep into a cave in the ruins, who then leaves to steal secret documents from MARX using the stolen identity. By the time Randy gets back into his body, he is being arrested for treason and general inappropriate behavior, but freed a little later to make a deal with the authorities. Even later in the game, Randy and, potentially, some of his comrades, are reborn as members of one of the warring races, thus giving the game its name. 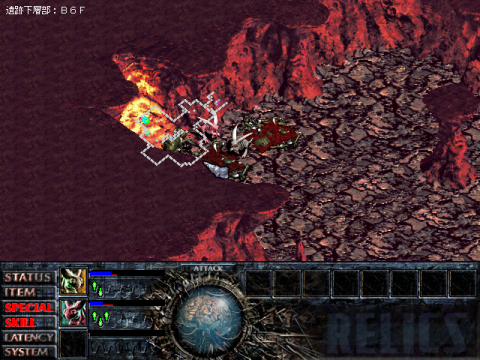 The possession system is heavily modified – no longer can the protagonist follow a story with a body of their own choosing. Instead, the player is bound to one body which they have to upgrade using the revamped latency system. Instead of gaining new abilities through discovery of specific items, Randy has to steal skills and abilities of his enemies through possessing their corpses, randomly gaining experience with each body transfer. These upgrades are quite diverse, ranging from regular increase in health and special points to resistances to elemental attacks to new properties for his attacks like pushing enemies away or stealing life force.

The game world is no longer one big dungeon with a lot of branches; it now consists of an overworld map with four smaller dungeons crowded with enemies, unlocked as the plot progresses, a shop where the player can sell unneeded items and buy new ones, and the MARX base established in the upper layer of Heaven’s abandoned fortress where the player can get an occasional tip on what to do at this point in game.

The game also comes with a multiplayer mode in which up to four players can fight through these dungeons together using one of the bodies they have possessed during the course of single player, stealing stronger bodies they defeat in combat and collecting powerful items you can later sell at the shop or equip to gain special bonuses to your stats.

Visually, the game itself is mostly the same as the previous one: the Giger-esque style of the 1986 original is no more and a more simplified design is used, albeit not without a certain charm. However, the characters’ sprites have been somewhat increased in size to easily interact with them during high-action parts, of which there is plenty. It’s hard not to notice, though, that with the game’s introduction of a very big number of possessable enemies a lot of them are mostly recolors or have minor differences in details, such as higher-ranked MARX soldiers looking mostly the same as their weaker comrades, but with a red shoulder pad. There is also some inconsistency with character portraits: important characters all have their faces drawn in a more realistic style compared to prequel, sometimes uncannily so, while regular bodies often look somewhat cartoony and are very colorful when The Recur of Origin had more tame color palettes. 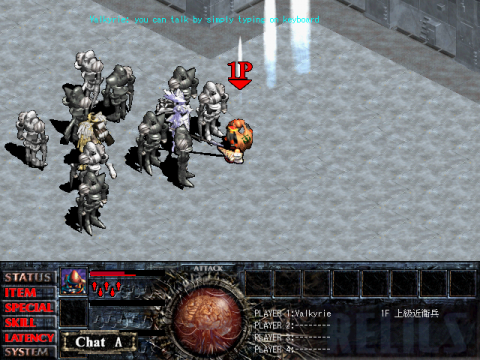 Sadly, the game lacks the open-ended nature of the previous installments, as it has exchanged the non-linear plot full of mysteries for a set story from which there is almost no deviation, thus losing what is pretty much bread and butter of the franchise. The game also has some very specific requirements for running it and has some oddities in its mechanics that border on bugs that are not present in other games of the series. 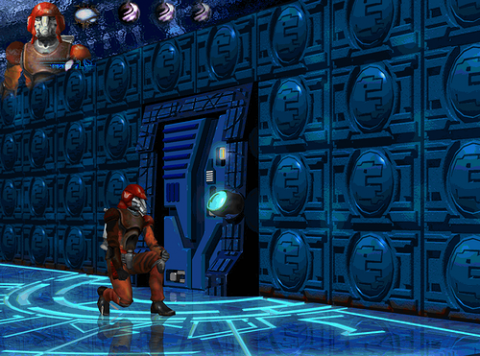 While the game enhances a lot of features present in the prequel and is still quite enjoyable, if a little hard game, it can at times feel like a big downgrade to the general feel of The Recur of Origin. Still, the game was considered good enough to require a new game, this time Relics: the Absolute Spirit for Xbox, even planned for a release in the West. Sadly, that game wasn’t released due to financial problems caused by a lawsuit regarding the Legend of Galactic Heroes license that Bothtec used to have. Instead, the franchise saw a very unexpected development in the form of Rinne, a Relics game in everything but the name, which was doomed to fall into obscurity as well.

Relics: The Recur of Origin