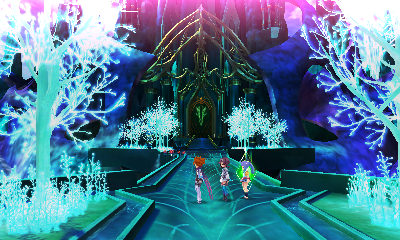 2015 spelled the end for Imageepoch, the developer behind the 7th Dragon series. But while it seemed that the story might be left dangling, Sega took it upon themselves to get everything together and create the final game in the series. They were also more willing to take a chance on localizing the game, thereby making it the first (and last) 7th Dragon game available in English. 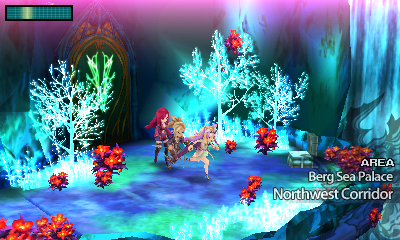 The story takes place in the year 2100, 80 years after the end of the previous game. The defeat the 5th True Dragon, Fomalhaut, at the end of 7th Dragon 2020-II led to a brief era of peace. During this time, the private corporation Nodens has developed a virtual reality game, 7th Encount, which is presented as an amusement device but is actually a training simulation to prepare for the dragons’ return. Sure enough, right as the protagonist and his party clear the first few levels of the simulations, their attacks resume. The only way to truly defeat them all is to complete the Dragon Chronicle, which is made of specimens of the six True Dragons. When obtained, then they have the power to defeat the 7th True Dragon, codenamed VFD, and save humanity once and for all.

You play as part of Unit 13 (in reference to Murakumo 13 from the previous games) to lead this task force, although you also work with the ISDF military group, who have been further experimenting with fusing dragon DNA with humans. The game now features a subversive “cute” mascot called Nagamimi (based off the rabbit doll held by the female Hacker from 2020), who looks like a stuffed animal but has a shockingly foul mouth. He acts as a navigator, along with Mio, a sickly young girl you meet at the start of the game. 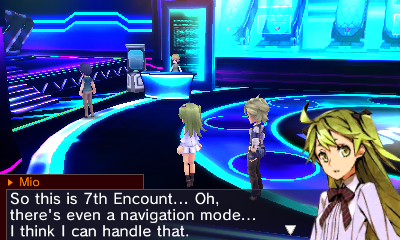 Rather than focusing on Tokyo, as with the 2020 games, most of 7th Dragon III is spent traveling to two time periods to find the dragon specimens. The first is in the distant past, exploring the lost cities of Atlantis and saving its inhabitants, the cat-eared Luciers. The second is the far future, in the World of Eden, a bit after the time period of the original 7th Dragon. However, the homebase is still in 2100 Tokyo, with a few maps to explore, mostly taken from the previous games. Much of the game is structured similar to the 2020 games too, including building up the Nodens HQ to include new floors and rooms. This works the same way (right down to the ability to date various NPCs), though instead of a bath house, you can build a cat café, complete with a subquest to save stray felines throughout the dungeons.

The expanded setting works to finally make the 7th Dragon series stand on its own. The new areas are more original (even if most of the time you’re still just fighting through caves and ruins) rather than the tired “post apocalyptic Tokyo” setting”. Plus it also ties together the games more closely. The 2020 games had references to the original DS 7th Dragon, but otherwise the setting felt so completely different that it seemed like a soft reboot than an actual sequel. Even though the structure is much more simplified – you don’t get to explore the whole world of Eden, of course, just revisiting a handful of ruined locales picked through a menu screen – at least you get exposed to its medieval world. 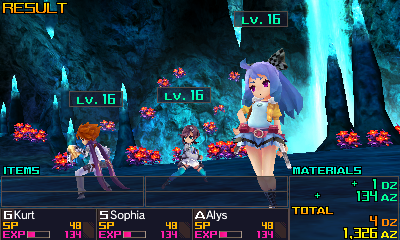 The battle and skill mechanics have also been greatly expanded. There are now eight character classes in total, with sixteen character types, each with two variations and three color palettes, along with forty voice actor choices. Only a handful of these are available at first, but more are unlocked as you explore Atlantis and Eden. Some of the original character designs from 7th Dragon 2020 are also available as DLC. 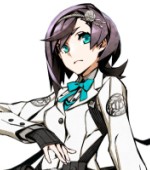 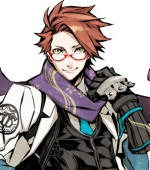 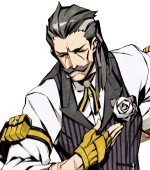 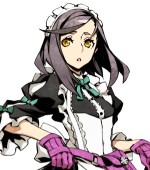 The equivalent of the Destroyer class from 2020, along with some healing skills. Instead of the “Destroy” counter you inflict them with “God” status to build up more powerful attacks. They’re dressed as butlers and maids for the male and female versions, respectively. 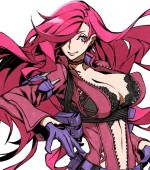 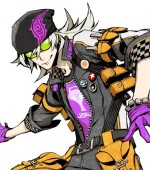 The Agent inherits the gun abilities from the Trickster class, and the hacking abilities of the Hacker class. 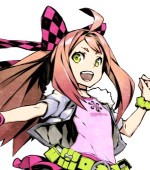 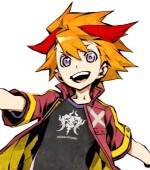 A unique magician class based off competitive card games like Yu-Gi-Oh, this character type draws different colored cards every turn, which are used to summon elemental creatures as well as “trap” spells. If you can set and have the enemies trigger all of the traps, it can cause huge amounts of damage. 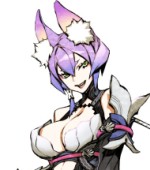 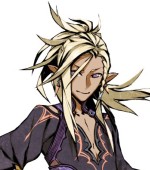 One of the classes learned when you reach Atlantis, this magic knight class wields knives and has a variety of buff and debuff skills. One of their handiest abilities lets them drain enemy health and magic, and replenish their own. 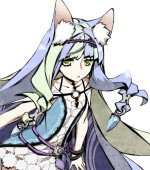 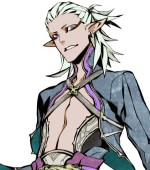 The other class learned at Atlantis, this class wields scythes and can afflict various status ailments on enemies using the power of the Zodiac. 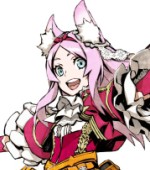 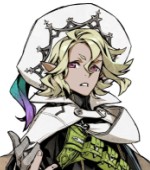 A class obtained when you reach Eden, the Mage is a standard class that wields maces and has a large variety of attack and curative spells. 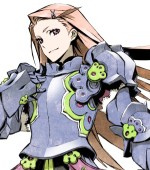 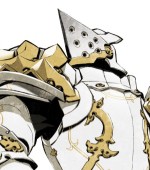 A heavy knight class obtain in Eden, they have extremely high offense, wielding a gigantic, explosive spear. In addition to consuming mana, many attacks also consume bombs, which need to be reloaded when exhausted. Known as Vanisher in Japanese. 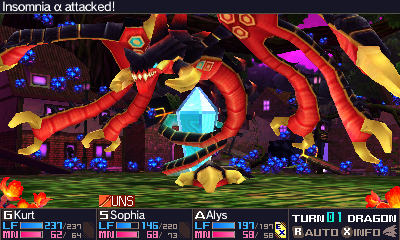 The assorted skillsets and unique ways certain classes work make combat fun to experiment with. The only thing really missing from this game is an equivalent to 2020-II‘s Idol class. Although the game still doesn’t include the Synergy abilities from the DS title, there are a handful of skills that allow various classes to work in tandem. For example, the Agent’s Troy ability will enhance the damage of fire or ice attacks, but they don’t have any fire or ice attacks themselves.

Your party is still limited to three characters in battle, though eventually you can create two backup parties, also with three characters each, for nine total. Although they can’t be used directly, they can be summoned during combat after a certain number of turns to provide various bonuses. They can be called for single strikes, which tend to inflict status ailments, and also break any charge or buffs cast by the enemy. If a whole party is charged up, they’ll provide assorted perks for the main party – the classes that resurrect fallen members or cure status ailments are particularly useful. If both parties are charged up, you can perform a Unison attack, where all nine characters attack at once. 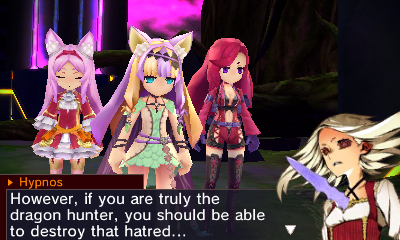 Although you can’t directly swap parties during battle, you can switch them at various save points. Plus, they gain the same amount of experience as the main party, allowing you to level them up very quickly. Not only do these provide an extra level of strategic depth, but it allows you to play with various classes outside of the three chosen for your main party, which helps alleviate some of the tedium that comes with dragon hunting. Outside of a few major boss battles, the game is not particularly difficult. The game also brings back the poisonous Furowaro / Dragonsbane flowers in the second half. Thankfully there’s never any case where you need to wade through them, so avoiding damage is just a matter of paying attention to where you’re running.

The visuals are close to the PSP games, in many cases still reusing some of the same assets, including some of the dragons. However, the character models are no longer super deformed, and generally the game looks slightly better. The map on the bottom screen is also nicer than the transparent overlay of the PSP games.The music is also similar, and again provided by Yuzo Koshiro. The best battle and dungeon themes are in the Tokyo segments though, which are very brief, so they feel wasted. However, since Hatsune Miku is no longer in the game, there are no Diva versions of the tracks. There are a few vocal tracks used in the major dragon battles, which are excellent. 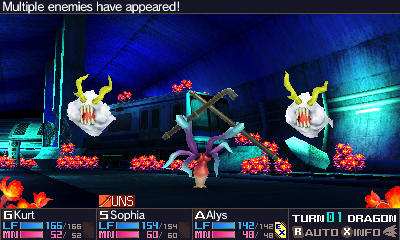 The story also feels rather rushed by the end. 7th Dragon began as a series with huge ambitions, spread across several games. Obviously that didn’t work out, and 7th Dragon III is given the task of trying to wrap everything up. The title refers to the seven True Dragons, and the previous games only even mentioned a few of them, so the latter half of the game reveals and packs in as much as possible. It also finishes up the arcs of Eden and Aytell, which don’t have much of any impact unless you’re familiar with the previous games.

In spite of this bookending the series, 7th Dragon III is easily the pinnacle of the series. Its combat is fun, with a flexible character development and plenty of unique classes, and the story, while not fantastic, ties together all of the previous games into a cohesive whole. And most importantly, it finally found its own identity, after operating in the shadow of other RPGs.