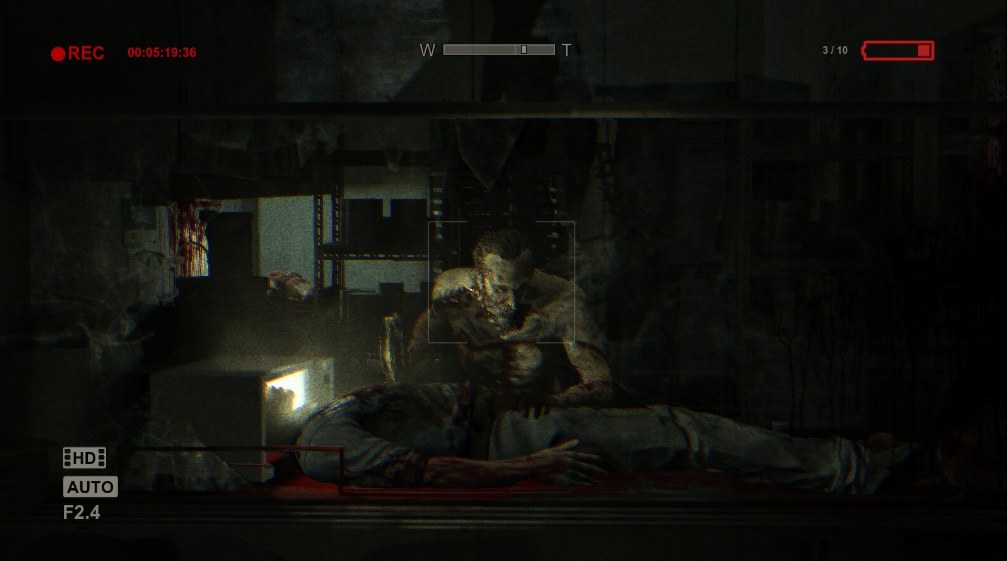 Outlast was an instant success when it was released in September 2013. The in-your-face horror of the infrequent jump-scares, coupled with the surprisingly substantial lore for both characters and setting had bridged the gap between the Five Nights at Freddy’s crowd and the Amnesia: A Dark Descent crowd, and having been produced by a small team and marketed sensibly, it was certainly profitable too. Perhaps that’s why, barely two months after it had been released, Red Barrels announced the DLC storyline ‘Whistleblower’, and just six months after the announcement, it was released to (further) critical acclaim.

Whistleblower, as the name suggests, focuses on Waylon Park, the software engineer from the original game who took a two-week contract with Mount Massive Asylum and contacted Outlast protagonist, Miles Upshur, to expose the illegal experiments that they were conducting. While he was successful at contacting someone, this act didn’t quite escape the attention of the Murkoff Corporation, and Waylon quickly finds himself forcibly admitted to the asylum as a patient himself. As such, when the riot that Miles only ever saw the aftermath of breaks out, Waylon witnesses things first-hand and has to escape, not only to survive, but to reunite with his wife and children. 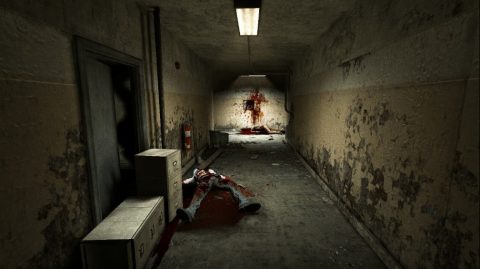 The gameplay is practically identical to the original – around three quarters of the way into the game, Waylon injures his leg and walks with a noticeable limp thereafter, but that’s about it – so the primary draw to Whistleblower is the story, and fortunately, the contrast between Waylon and Miles is more than enough to hold your attention. Miles begins his journey outside of the asylum and slowly uncovers its secrets; Waylon, on the other hand, is fully aware of those secrets from the very beginning, and only wants to get the hell out of there. This is highlighted by Waylon’s first playable section taking place in the secret underground lab that served as the grand finale in Miles’ journey, and since Whistleblower assumes that we, like Waylon, are already familiar with the background, no time is wasted on recapping events that we already know.

Like Miles, Waylon also has a voice actor, but no official lines, but the difference in their character is also made clear from the notes Waylon takes while recording significant events. All things considered, Miles reacted remarkably well to being assaulted, thrown from a first-storey window, and losing a few fingers, because his observations always remained sarcastic, foul-mouthed (justifiably,) and reluctantly curious. Waylon remains more realistically terrified throughout, addressing many of his notes to his wife, Lisa, as a way of holding on to his sanity and reminding himself why he’s trying so hard to survive. The reaction to Waylon by other patients is also interesting, since you interact with more of them – after all, the riot has only just started – and seeing Waylon as another patient, several people are much more content to leave him alone, or at least not go out of their way so much to threaten him.

The new antagonists in Whistleblower are just as memorable as those in the original game, for the most part. Frank Manera is something of a weak link, as he’s a cannibal with a buzzsaw, and he wants to eat you, because… he’s a cannibal. That’s about as much as we ever discover about him, but this is made up for with the more prominently-featured Eddie Gluskin, aka ‘The Groom’, an inmate obsessed with finding a bride. Unfortunately for him, all of the patients in Mount Massive Asylum are male, but he’s convinced that he can solve that problem with a little amateur surgery. Eddie Gluskin is terrifying, has much more of a build-up and conclusion than Frank, and has several disturbing mannerisms, like alternating between calling you ‘darling’ and screaming misogynistic insults, or stalking you while singing the 1911 barbershop quartet classic, ‘I Want a Girl (Just Like the Girl Who Married Dear Old Dad)’. 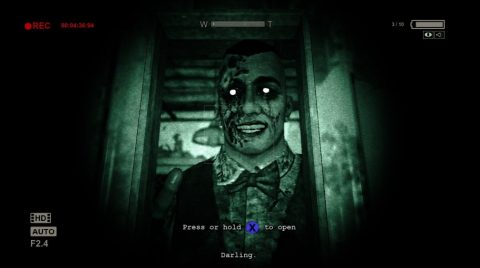 There’s also a face to the corporate villainy for the first time with the introduction of Jeremy Blaire, a sadistic, sociopathic hate sink who doesn’t even have the excuse of being certifiably insane. Several of the pursuers from the original game also drop in to say hi, before trying to stab you/rip your head off. You even explore some of the same areas as Miles, only you enter and exit via different routes, since you traversed them at different times. This never feels self-indulgent, or like Whistleblower is recycling content, but a really neat way of recontextualizing environments that you’ve already seen, and besides, while the developers certainly put the ‘Massive’ in Mount Massive Asylum, it only makes sense that Miles and Waylon would cover some of the same ground.

Samuel LaFamme returned to compose the soundtrack again, and while the general music is as tense as ever – Eddie Gluskin’s chase scene is some of the most intense in the franchise – then his standout work is the appropriately-named track ‘Ending’ that plays as Waylon approaches the conclusion. Without spoiling the end of either storyline, the conclusion of Outlast is very bittersweet, with extra emphasis on ‘bitter’, as Miles succeeds in uncovering the truth, but not without great cost. The ending of Whistleblower is not only more positive, but it comes with revelations that the original ending itself was not nearly as bleak as it initially seemed. The music for this scene is composed absolutely perfectly, and captures the cautiously optimistic feeling of disbelief that a game as gory, violent and openly unpleasant as Outlast could have something resembling a happy ending.

Whistleblower was hardly a game-changing release, but for a DLC storyline that’s roughly two thirds of the length and one third of the price of the original game, it’s easy to see why it was welcomed into the franchise. Outlast, Outlast: Whistleblower and Outlast 2 were later ported to the Nintendo Switch as a compilation named Outlast: Bundle of Terror, and earlier appeared on the PlayStation 4 and Xbox One with the title Outlast: Trinity, and it’s clear to see why, despite being a side-story, Whistleblower is afforded just as much respect and legitimacy as a main title in the series.