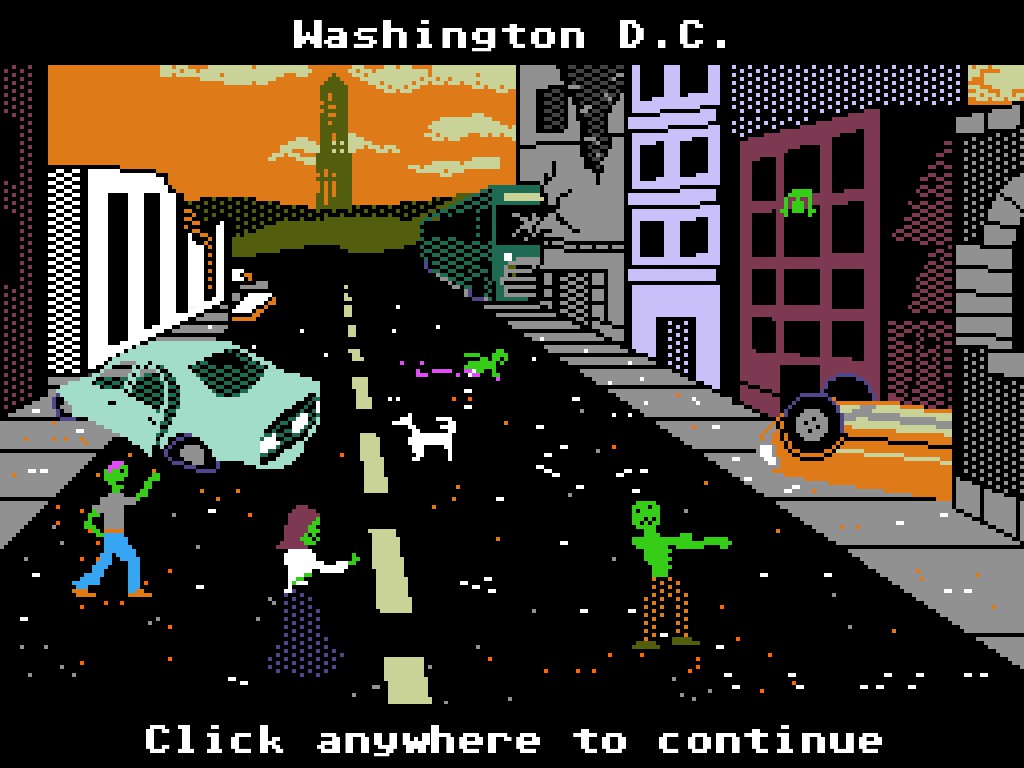 Sure, MECC’s The Oregon Trail was a landmark edutainment title teaching kids the harsh realities of American pioneers making the perilous cross-country journey in a covered wagon, but you know what it was missing? Zombies, a post-apocalyptic setting, and a depressing score. The Men Who Wear Many Hats’ indie darling Organ Trail does all this and more. Mixing up George A. Romero’s penchant for zombie cinema and procedurally generated quasi-educational gameplay works better than you might suspect, right down to the sometimes dodgy controls. 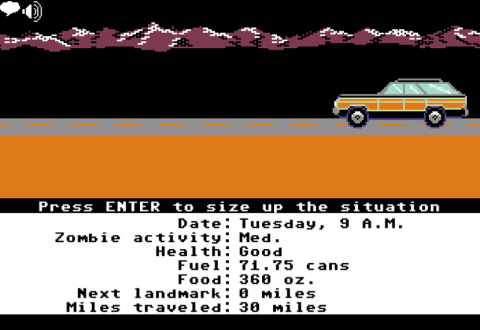 The original release of Organ Trail from 2010 was a Flash game you could play from your browser, and it’s still available for free online. It’s a really close clone of the Apple II version of The Oregon Trail. Everything from the menus to the combat are very simple, even down to selecting the profession of the head of your family. The Oregon Trail has Banker, Carpenter and Farmer while Organ Trail has Cop, Clerk, and Lawyer. After a successful Kickstarter in 2011 for a revised, improved Director’s Cut take on the game, Organ Trail was released as a commercial game for Mac, PC, Android, and iOS devices in 2012. The Final Cut DLC, adding even more features, was released later in 2012. The Director’s Cut and Final Cut were combined into one game titled Organ Trail: Complete Edition on PS Vita and PS4 in 2015.

It’s not easy out there on the trail. Clements, a former priest, gives you an optional tutorial that ends in a rather dark moment. After selecting your avatar and naming the members of your crew, you are ready to start the game. Your goal is to take your trusty covered wagon, er, sedan across the United States from Washington, D.C. to Safe Haven, Oregon. Your car goes drives from location to location on autopilot. Along the way, there are optional side quests. These can range from choose-your-own-adventure style style scenarios (an old woman on her rocking chair wants to cook you a meal… do you go in?) to light arcade action (outrun the biker gangs). At any point, you can stop your car to attempt to repair your car, heal your family members, ration your food, or adjust the pace of your journey. If you don’t want to play through the Campaign, there’s also an Endless Mode where you see how long you can survive; you can also tack on modifiers to Endless Mode to boost your score total while adding an extra spoonful of challenge. 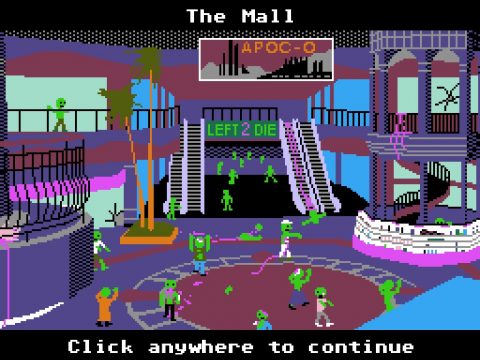 Ben Crossbones does a great job with added dread to the game with his dandy score. Mixing chiptune sounds with electric guitar, Crossbones makes the game feel more depressing and hopeless than it already does. Organ Trail could come off as a goof, but the soundtrack yanks it back into the paranoid mania more in line with a Tobe Hooper motion picture. The graphics are serviceable, but match the style of Oregon Trail which doesn’t give them much to work with. Whenever you hit a town, you get a nice custom splash screen showing how much things have turned to shit, usually with copious purple gore.

A key to getting better at the game is trying to make things last. If you push the pedal to the metal, your car will chew through fuel and break down quicker. If you ration your food too much, your crew will get sicker. When your car breaks down, you have to fix it via a mini-game where screws move across the screen at different speeds and you must line them up with the holes. This is harder than it sounds because you only have one chance per screw. It’s a game of give and take. If a member gets infected, you have the option to shoot them out of their misery at point blank range.

A big part of the game is killing zombies while you forage for supplies. On the Mac and PC version, you shoot zombies with the mouse by holding down the left mouse button, drawing a line from the zombie to you (it doesn’t have to be very long), and letting go. This takes a bit getting used to, but is vastly preferable to the control option on consoles where you use one analog stick to pull away from the direction of a zombie and then let go to fire a shot. Although it’s the same concept, on a console it’s much slower, less intuitive, and not as accurate. Your mileage may vary. Once in a while you’ll even run across boss encounters that take more hits and move faster than the regular old zombies.

Even on the easiest difficulty setting, The Organ Trail can be quite difficult. To survive the entire trek, you have to get good at shooting zombies, completing jobs in the town, conserving money, and balancing your resources. It’s harder than it seems, and also far harder than The Oregon Trail. Patience isn’t just a virtue here, it’s a necessity. 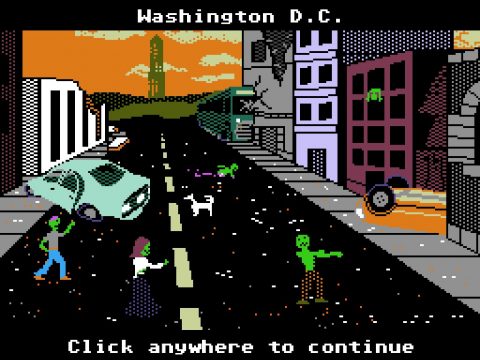 The Director’s Cut and Final Cut versions of the game are quite different, with the latter having more content than the former. The Director’s Cut is a linear journey across the continental United States. The Final Cut adds both branching paths and radiated areas. If a route leads into a neon green area, members of your crew can get radiation poisoning, further quickening their demise. Other advantages of playing the Final Cut are being able to unlock additional vehicles aside from the stock Station Wagon, more road events and story encounters along the way, and being able to fish in towns for more food. Given a choice, the Final Cut is the way to go (on PS4 and Vita, this is retitled as The Complete Edition).

One odd standalone mode buried in the Extras Menu is Clement’s Quest. Starring the very same Clement that gives you the tutorial, you control Clement’s Station Wagon as it moves from left to right navigating past cliffs and zombies. It plays like a simplified Excitebike, and is amusing enough to give it a spin.

Organ Trail is solid, but isn’t exactly gripping. Neither was The Oregon Trail. The zombie motif, music, and quirky call-outs to zombies in pop-culture go a long way in making this a twisted mirror version of a childhood favorite.