One Must Fall is not a full game, but a test. In the 1993, an amateur designer by the name of Rob Elam got the idea of making a Street Fighter-inspired game. This early version was released as freeware to gauge the interest in 2D fighting games on PC. While it might be thought of as a demo of 2097, it actually bears little resemblance beyond the genre and controls. The final product would be something vastly different and far superior. 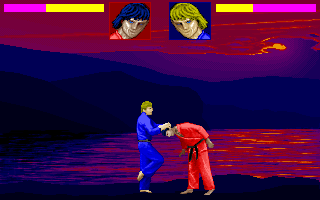 While it’s easy to dismiss many fighting games from the nineties as knockoffs of Street Fighter or Mortal Kombat, it’s especially hard to call this demo anything more. The first player controls the red guy that isn’t Ken Masters while the second player or computer controls the blue guy that isn’t Ken Masters. There are no other characters, no plot, not even a character select screen: the game was not that far into development. 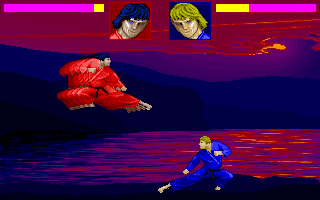 Despite their obvious visual influence, the characters do have a somewhat unique moveset. They are capable of throwing both high and low projectiles a la Sagat, teleporting toward the opponent, and doing a flying kick that crosses half the screen. Normal attacks include an uppercut, a slide kick, and an axe kick. 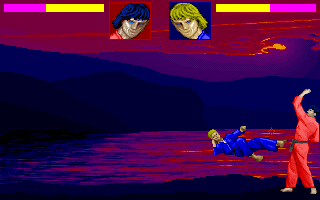 All special moves are activated with quarter-circle motions and are easy to perform with a keyboard. There are only two attack buttons, with quick attacks being executed by holding towards the opponent and strong attacks require holding back. While the game features dizzying, combos are not possible at all. 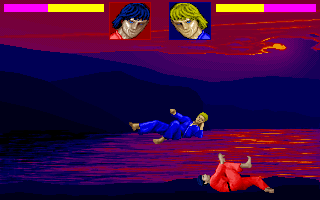 While the demo functions well enough, One Must Fall is ultimately not just an incomplete product. It is an uninteresting one. It does not look very good and it is not fun to play. The only redeeming value of this early version is that it serves as a comparison to the final product. 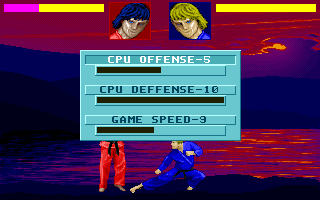 The franchise is owned by Diversions Entertainment; essentially, by Rob Elam himself. Having predicted the rise of indie games on smartphones, Rob Elam planned to release several future games, including some set in the One Must Fall universe. None of these plans have surfaced.

The games are a product of the PC gaming situation of the time. The needs of the audience have since changed. In this platform-agnostic era, those looking for the fighting game experience on the PC can find it through Street Fighter IV, King of Fighters XIII, or Skullgirls. Those looking for a full single player experience can find it in Mortal Kombat or BlazBlue. A hypothetical new One Must Fall sequel would be entering into a much more competitive space than previous games.

Yet “old” is not synonymous with “bad” in the world of video games. One Must Fall is still a pretty interesting series, and even now, we can still appreciate it for what it is. One Must Fall: 2097 delivered that arcade style of gameplay that other PC games of its time could not, and it delivered it at a higher level than most arcade-based forays into the genre. One Must Fall: Battlegrounds is the much the opposite. It attempts to create a new style of gameplay, to be an innovator in the genre, but lacks the polish needed to realize its ambition.

Thanks to the One Must Fall fan community for their help.

Links:
X-BoT’s OMF Universe Has all sorts of downloads, including the full version of 2097, custom tournaments, and the patches for Battlegrounds.
OMF2097 Wiki Contains lots of information and trivia about 2097.
OpenOMF Open-source remake of One Must Fall: 2097. Still in progress as of this article’s publishing.