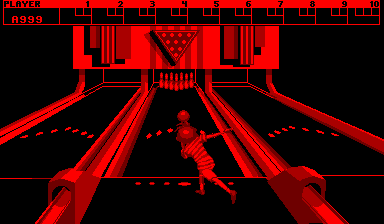 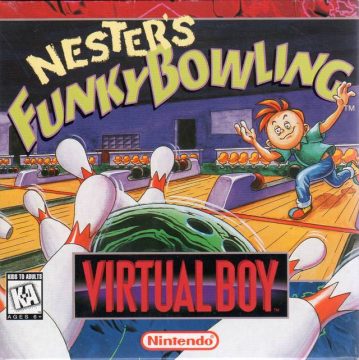 It’s hard to measure the scope of influence the long-running magazine Nintendo Power had on the US video game market. Though it can be seen as merely a marketing vessel to shill for Nintendo products, it can’t be denied that it left an impact on gamers growing up during the late 80s and through the 90s. The magazine was the follow-up to the successful bi-monthly newsletter the Nintendo Fun Club (helped by the pitch given by Doc Louis in Mike Tyson’s Punch-Out!!) and was first published in the summer of ’88. During the magazine’s golden era it towered above its competitors with flashier layouts, detailed maps, and tons of insider knowledge thanks to the company’s near-monopolistic pull in the industry. Before the mailing of cheesy promo VHS tapes and free copies of Dragon Warrior for subscribing, Nintendo Power gave its readers a slew of illustrations, original short stories, and even an exclusive comic that starred one original character and fledgling mascot for the mag.

Nester was created as the teenage comedic foil to Nintendo Power‘s original editor and all-around spokesman for the company at the time Howard Phillips, both the main characters in the included one-to-two-paged comic for the magazine. In “Howard & Nester” the red-headed smart aleck generally acted as a snidely wise-cracking know-it-all playing or starring in the latest hottest new Nintendo game – usually one that received a lot of coverage from the previous issue – while ignoring the tips given to him by the bowtie-wearing straight man Howard. Nester’s popularity grew fast enough that he served as the mascot of the magazine and would appear within various sections of multiple issues. Even the fan-picked annual Nintendo Power Awards gave the winners “Nesters” for categories like Best Character or Best Play Control during the early span of the publication. After Howard left Nintendo to work at JVC, the comic continued under the new name “Nester’s Adventures” with the teen riding solo in his daily life or inserted into another popular new release. The art shifted over the years ever since the beginning, changing artists many times and possibly writers as well, quickly losing steam and life in the work shortly after Howard’s departure. By 1992 the magazine had began printing newer longer formed comics based around Mario, Zelda, Star Fox, and others which were better drawn and written than the later Nester’s exploits. Nintendo Power quietly ended his run at the end of 1993 with only spotty cameos later on.

Within the lifespan of the magazine’s comic, Nester was able to sneak into a handful of Nintendo’s published software, starting with him being one of the nameless NPCs in Cantlin in Dragon Warrior as a cameo and being named “Nester the Magnificent”, the President of the Terrestrial Federation in the Zapper game To The Earth. His first visual representation came as a sports commentator in NES Play Action Football in 1990, and would later said to be the similar-looking Lark in Pilotwings 64, at least according to Nintendo of America. However, late into the Virtual Boy’s short life, the prideful self-proclaimed pro gamer teen got his very own game, one of the last made for the system entirely.

Nester’s Funky Bowling is one of the two bowling games made for the ill-fated not-so-portable system. While Athena’s Virtual Bowling stayed in Japan, Nester’s take on the sport was a North American exclusive. He shares the game with his never-before-seen-nor-mentioned-before-or-after fraternal twin sister Hester, whom mainly serves for the player to play as a girl if they so choose. Despite the title’s adjective, the game itself is a tame, basic bowling affair. The only thing that really makes the experience funky is arguably the basslines played from the 3 in total selectable BGMs.

Compared to its system’s Eastern counterpart, Nester’s game has fewer options available to change up the play style than Virtual Bowling. Players can only choose their gender, dominant hand, and weight of the ball before they bowl. There are only 3 modes to play: the standard 10-frame Bowling game, a Challenge mode to try to knock down a combination setup of pins such as the dreaded 7-10 split, and a simple means of practice at your leisure. There’s no tournament play nor means to save your score, but there is a 2-player option, though you’ll have to share the same Virtual Boy, possibly having to readjust the 3D effect each and every time you switch out and prolonging the game further than it should. The title itself doesn’t use the system’s 3D for any benefit. It lacks the polygon zoom-in that Virtual Bowling has, as well. The only flair comes in the animations given in the split-screen after each bowl, showing a humorous angry fit from Nester or Hester if they land in the gutter or other goofy or silly quick often-repeating little cartoonish actions. 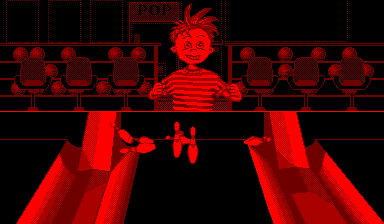 Unfortunately, outside of the short animations, there’s nothing much of note to distinguish Nester’s game from any other bowling game at the time. The lack of options and modes severely limits the amount of gameplay you can have and there’s no finesse and spin you can give to the ball compared to the Bowling in Wii Sports years later. It’s fairly average for its day and was pretty much doomed from the start for being exclusive to its platform, though it’s far easier to obtain than the other super-rare VB bowling title. In issue #231 of Nintendo Power, the magazine celebrated its 20th anniversary with another Nester comic with him grown up and with his son, the comic making a stab about Nester still holding onto a plethora of unsold copies of Funky Bowling. Still, you got to hand it to him for having one starring role game title under his belt, and that’s something the ratings head mascot in Gamepro can’t attest to.