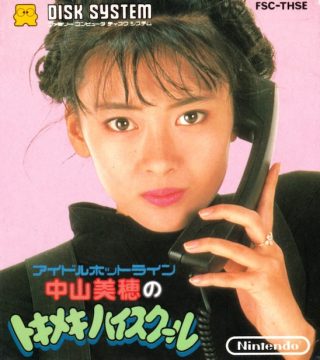 Miho Nakayama isn’t a familiar name outside of Japan, but back in the 80s, she was one of the most popular idols around. She wasn’t just a pretty face, either – she parlayed her singing into a successful acting career as she got older. While still recognized today, the height of her popularity was definitely the late 80s, where she starred in this FDS adventure game. You play as yourself, a student of the eponymous Tokimeki High School (“tokimeki” means “heartbeat”). One day, a new student named Mizuho Takayama enrolls, who looks exactly like Miho (except wearing glasses, of course). Your in-game avatar is a super fan (and assumes you are too), as you uncover her secret and eventually date her. It was basically the fantasy of every adolescent boy at the time, funneled into a Nintendo game. 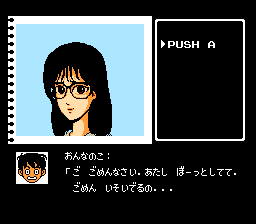 Aside from its star, there are a few other gimmicks that set this apart from other adventure games. First, there are situations where you not only need to answer certain questions, but also deliver them with one of four facial expressions. If you pick either of these incorrectly, you’ll lose the game. Rough! Also, the screen will regularly flash one of nine telephone numbers. If you called these in real life (around the time of the game’s release), you’d get a recorded message from Miho herself. Finally, there are two endings. There was a contest run from two months after the game’s release where, if you beat the game and uploaded your save with the Disk Fax system, you’d be entered into a contest to either win a telephone card (for the bad ending) or a VHS tape (for the good one). Obviously, with the contest over and the telephone numbers long disconnected, most of the modern appeal is lost. 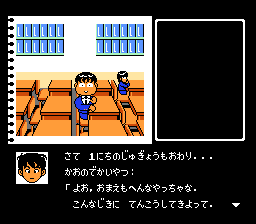 At the time, the game was noted for its high concept and interesting gimmick, but purely as an adventure game, it’s mediocre. It’s just the standard “try commands until the game lets you proceed” deal. The instant game overs aren’t that fun and it’s fairly short, as it’s only on a single disk. Still, it’s interesting from a historical perspective. The game was co-developed by Nintendo and Square, as a joint production between Yoshio Sakamoto (Metroid) and Hironobu Sakaguchi (Final Fantasy). The game is also credited as being one of the first true bishoujo (“pretty girl”) games, focusing on romance and dating. Though such games previously existed on PC platforms, they tended to be erotic in nature. This game is much cleaner, since it was published for a Nintendo console and meant for younger players. One of the most popular bishoujo games, Konami’s Tokimeki Memorial (released in 1994), may have taken its name from this game.

A list of all recorded messages from the phone numbers 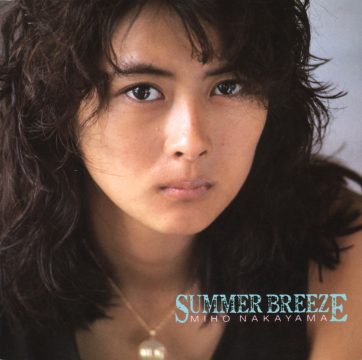