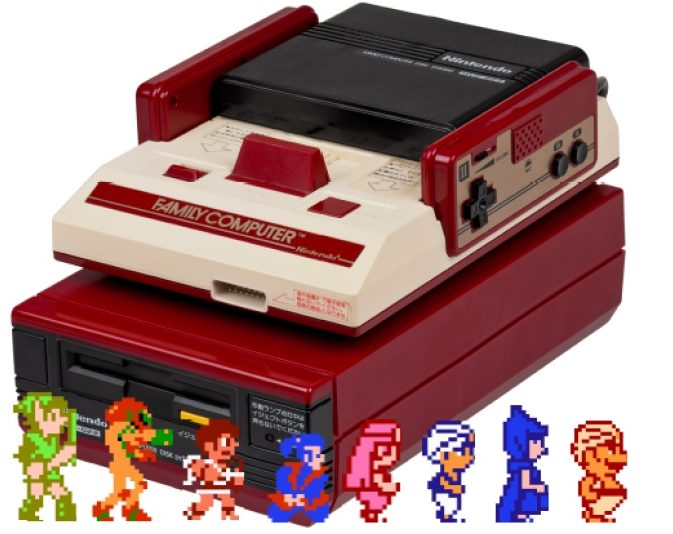 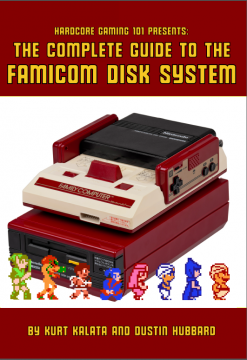 By Kurt Kalata and Dustin Hubbard

Released in 1986, the Famicom Disk System was an attachment for Nintendo’s 8-bit console that allowed for cheap distribution of re-writable games. Many famous titles, including both Legend of Zelda titles, Super Mario Bros. 2, Doki Doki Panic, Metroid, and Kid Icarus were originally released for the platform. Due to technical advances, the system was eventually discontinued and was never released outside of Japan. Much of its library remained Japan-only as well, and has been sparsely documented among the English-speaking retro game world.

Until now. Brought you to by long-standing retro video game website Hardcore Gaming 101, The Complete Guide to the Famicom Disk System includes reviews of every single licensed title (nearly 200) in the Famicom Disk System library – all of the classic Nintendo games (including their unfortunately overlooked adventure games), cult classics by Konami, revolutionary oddities like Otocky, many Zelda clones, numerous tie-ins with late 80s Japanese celebrities, and a large number of subpar licensed games from Bandai. Also includes a look at the many unlicensed titles, a history of the system, and its accessories.

Everyone who contributes $16 or more monthly to the site’s Patreon will receive free PDF and Kindle MOBI files for all of our books, including this one. Make sure to check out this post for the download links.

Though some games here are also covered on the site and in other books, the reviews in the FDS book are newly written and different from the site.