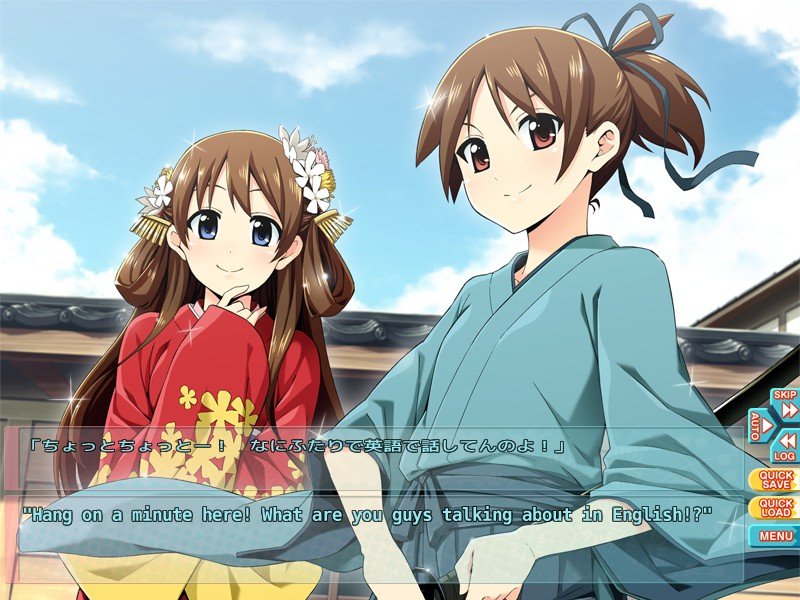 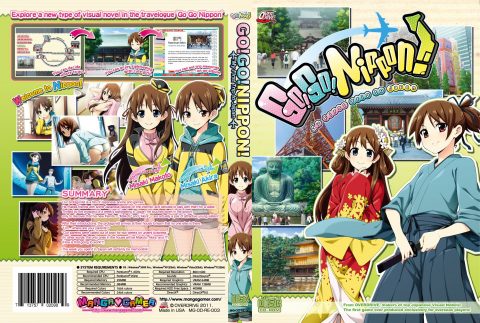 As the title says, the story is about a lover of Japanese popular culture (supposed to be “you”, the player) who finally gets to visit the country, courtesy of the Misaki family, who agreed to let him stay for a week. The idea is that by playing the game you will learn about Japan’s landmarks, culture and everyday life, with a product tailored to the tastes of anime and manga fans. Just listen to the premise: a young lad thinks he’s chatting with two Japanese dudes, and instead finds himself all alone with two cute sisters for a week. Sounds familiar?

Creepy eyeless guy here is the nameable main character, a stand-in for the player. A presumably occidental otaku from an unnamed country who finally achieved his dream of visiting Glorious Nippon. He studied Japanese a lot but apparently only to read manga, because he knows almost nothing about the country and its customs, for the sake of the game’s premise. 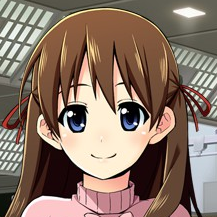 The older sister, she studies English Literature in college and was the one who chatted with the main character before the events of the game. She’s every bit the typical proper Japanese lady and “onee-san” (“big sis”): polite, helpful, mature and collected. Busty, too. The only thing that doesn’t conform to the stereotype is that she can’t cook to save her life. 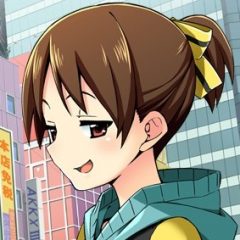 The younger sister, she speaks mostly only Japanese and is a “tsundere”, that is, a girl who acts rude and sarcastic but is actually sweet and affectionate when you get to know her better. To adhere to the stereotype she’s also short and flat-chested. To complement her sister, she is an excellent cook and has also a hidden geeky side, which helps the protagonist connect more with her. 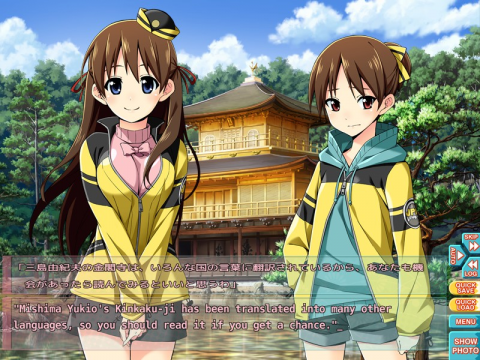 Right at the start the game will ask you for a name and also to input the exchange rate from US dollars or Euro to Yen, to give you an idea of the costs whenever you travel or buy something. For those who are interested in learning the language, the game offers the option of having text boxes for both English and Japanese script at any moment. This is justified in-game by having the protagonist and Makoto being bilingual, and the protagonist speaking Japanese with Akira who has troubles with foreign languages. There are some mildly amusing scenes of Akira trying to speak English, with her lines rendered phonetically (“Naisu tu miichu!“). Protag’s lines are translated even when he’s thinking or speaking to himself, so a bit of suspension of disbelief is required.

The first day will be spent in the airport, station, at the Misaki’s and immediate surroundings, and, from the second day on, the girls will offer to accompany you on a visit to one of Tokyo’s most famous districts: Akihabara, Shibuya, Shinjuku, Asakusa, Ginza and Ikebukuro. A very interesting feature of the title is, whenever you get to see a new place, the opportunity to push a button and open in your browser a tag that shows with the help of Google Maps its real-world equivalent. It actually helps to make the experience more immersive, and it would be nice to see it more often in this kind of games.

The information you are given during the trips are a mix of useful info about stuff like payments and transportation, historical knowledge, random trivia and a bit of etiquette. Every now and then there are some funny trivia, and interesting points are raised (such as the fact that female otaku are still far from being accepted), but all in all many info are things that Japanophiles likely already know. Most of these info are collected in a series of pages made to look like a diary, unlocked when you complete the week.

The girls will don the standard outfits of Japanese tour guides while outside, and indeed this part of the title is much like a real guided tour in that you just follow them around, the very few choices present being almost irrelevant. Back at home there are actually no choices at all (besides selecting the next destination in the morning), just a slice-of-life kinda thing and a few comedic shenanigans. 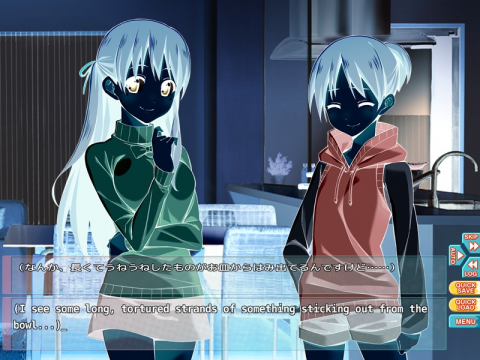 The effects of Makoto’s cooking.

You don’t know who will accompany you to where, but you still can figure it out: Makoto will bring you to the sites of cultural significance (and also the red light district… it’s because Akira is too young, but it’s still funny) and Akira to the hip and otaku-friendly locales, so if you prefer one sister over the other you can plan the trips in advance. Then again, the game assumes you know nothing about Japan so you logically shouldn’t be able to do that. None of this really matters, however, since the game is short enough to be completed twice in a few hours, so there’s that. Either Makoto or Akira will be with you any given day, and visiting two or more locations (out of possible three) with either will determine who will accompany you for the last trip outside Tokyo at the end of your sojourn… and also who you’ll end up with.

Yes, Overdrive decided that Go! Go! Nippon! needed an element of romance to appeal to the otaku crowd, and there are no choices in the matter so you will have one of them fall in love with “you” (but strangely they almost never call you by name even in romantic scenes, despite the name being the very first thing you input). It’s all very typical of a standard anime romance: for example our avatar will protect Makoto from strangers in Shinjuku, or proceed to have an “indirect kiss” with Akira in Harajuku, and have either girl confess her feelings at the end of the last day.

The romance element however, when you think about it, doesn’t actually work, for several reasons.

Some of the complaints directed at the game are related to the main character, a guy who gets over-excited about the tiniest of things (at one point Akira even calls him out on this) and in general is a big dork. It’s not clear if this is how Japanese people perceive Western otaku in Japan, or if the makers of the game really wanted to convey that Japan is superior to every nation by having the protagonist praise absolutely everything. Maybe it’s even both. However, it never actually feels like blatant mockery; after all it would be counter-productive to insult the target audience.

Overdrive fans also point out that several assets such as some BGMs and backgrounds were recycled from their previous games, and some feel that if the game was a production for the Japanese market it would have been more polished. This is indeed a low-budget release: there is no voice acting at all and far too many things besides the locations are described only in text, leaving all to the player’s imagination.

In the end, it’s not clear who the main audience of the game actually is: otaku will likely find it too formulaic and uninspired, gamers will scoff the lack of interactivity, Japanophiles won’t find it too useful (why wait until the end of the game to read again all the info you have learned?) and eroge aficionados will find nothing to satisfy them. It’s more like a “Visual Novel 101” type of thing.

Still, it sold well for a game of its kind thanks to Steam, being also included in a bundle with similar titles, and Overdrive is planning to do an updated re-release for 2015 made with the Unity engine. It will include more interaction with the sisters (still clean, mind you) and new places to visit, like Tokyo Skytree, which was not complete at the time of the game’s first release, and Comiket, the biggest doujinshi convention in the world. Maybe we’ll see Akira cosplaying?